"What the internet did for communications, blockchain will do for trusted transactions." - Ginni Rometty, CEO of IBM

Cryptography is the study of secure communications techniques that allow only the sender and intended recipient of a message to view its contents. The term is derived from the Greek word Kryptos, which means hidden. This is part of the reasons why blockchain technology is secure. 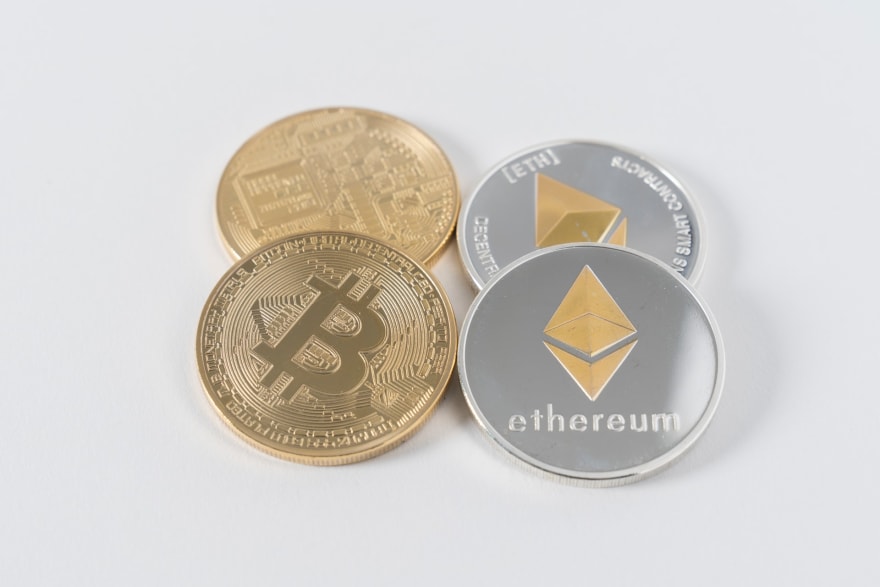 David Chaum first proposed a blockchain-like protocol in his 1982 dissertation " Computer Systems Established, Maintained, and Trusted by Mutually Suspicious Groups." Further work on a cryptographically secured chain of blocks was described in 1991 by Stuart Haber and W. Scott Stornetta.

The first blockchain was conceptualized by a person (or group of people) known as Satoshi Nakamoto in 2008. Nakamoto significantly improved the design using a Hashcash-like method to timestamp blocks without requiring them to be signed by a trusted party and introducing a difficulty parameter to stabilize the rate with which blocks are added to the chain. The design was implemented the following year by Nakamoto as a core component of the cryptocurrency bitcoin, where it serves as the public ledger for all transactions on the network.

Bitcoin was created to be a decentralized form of money, rather than money that was government-controlled and created (referred to as fiat money). Currently, one bitcoin is worth $36,774.00 on the crypto exchange and has a market cap of over $600 Billion.🤑🤑

A blockchain is a database that is shared across a network of computers. Once a record is on a chain it's difficult to alter. To ensure that the databases are the same the network does constant checks. Records are bundled together into blocks and added to the chain one after the other.

A blockchain is a decentralized database of all transactions across a peer-to-peer network.
It is a method of storing data and the data is stored in blocks that are linked together permanently( like a chain). A block is a record of new transactions. When a block is completed, it’s added to the chain.

A blockchain is, in the simplest of terms, a time-stamped series of immutable records of data that is managed by a cluster of computers not owned by any single entity. Each of these blocks of data (i.e. block) is secured and bound to each other using cryptographic principles (i.e. chain). 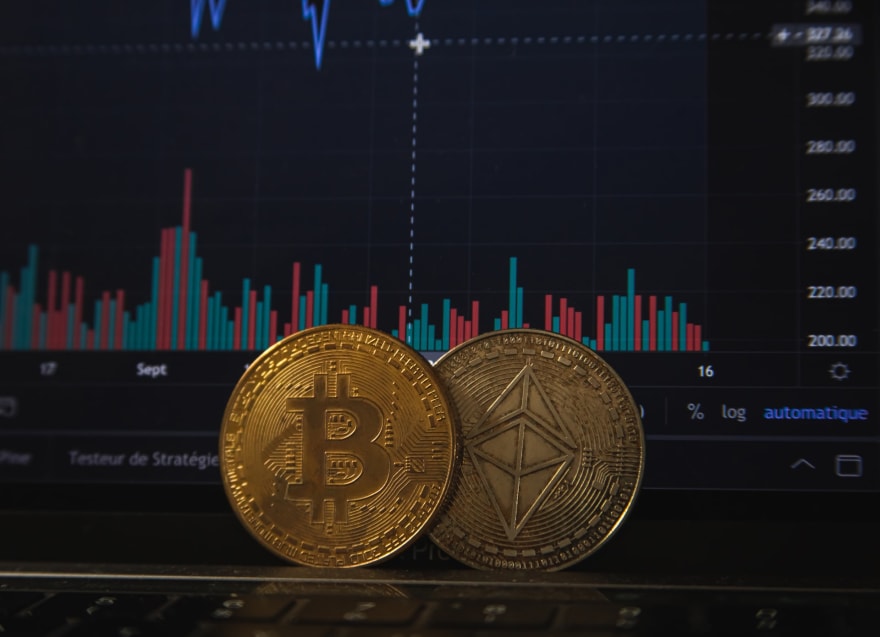 “Picture a spreadsheet that is duplicated thousands of times across a network of computers. Then imagine that this network is designed to regularly update this spreadsheet and you have a basic understanding of the blockchain.” - BlockGeeks

What makes up a Blockchain ? 🎲

Record - any form of information eg a contract,

Block - a bundle of the records or transactions

Chain - all the blocks linked together 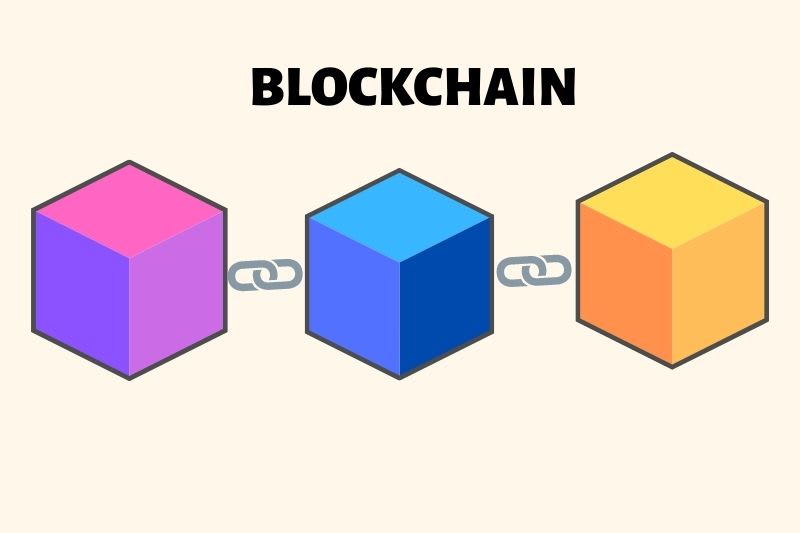 Here's an example of how a blockchain works

For example , let's say Mr. Cyprian sells a coin to Mr. James for $50.The following are the steps that the transaction will take

Step 1 : A trade is recorded

A record of the deal is created with all the required details.

Step 2 : Record is checked for validity the network

A network of computers called 'nodes' checks the details of the transaction to make sure it's valid. If it's valid the record is accepted by the network.

Step 3 : Accepted record is added to the block

The record accepted by the network is added to the block. Each block contains a unique hash and the hash of the previous block.

Step 4 : Block is added to the blockchain

The block is added to the blockchain and in a specific order that creates an immutable chain. With each block connected to the previous block.

It is the first-ever consensus method used by a blockchain network. It was introduced with bitcoin. To add a block to the chain, nodes must demonstrate that they have done ‘work’ by solving an increasingly difficult computational puzzle. This process, called mining, uses a lot of computing power. In return for their work, members can receive rewards - tokens for instance, or bitcoins.

Participants buy tokens that allow them to join the network. The more tokens they have, the more they can mine. It is the consensus used by Ethereum.

DPoS is a different type of PoS. It handles the node selection differently. The coin holders, in this case, select the nodes to take part in the consensus method. It is more suited for an established network with more trust.

PBFT is a way to solve the Byzantine Generals Problem. It enables nodes to decide whether to accept or deny the submitted information. The party maintains an internal state which is used to run a computation on new messages. If the party computation runs well, it then decides to share the transaction with other parties within the same network.

Blockchain technology is the basis of cryptocurrencies like the popular Bitcoin and others.

Recording trades on a blockchain offers a way to check the history of a product. This allows companies to have an ownership history of a precious product like diamonds.

Making use of blockchain records allows the creation of tamper-proof elections.

Making use of Non-Fungible Tokens (NFTs) we can store title deeds securely and have an ownership record that is immutable and transparent. 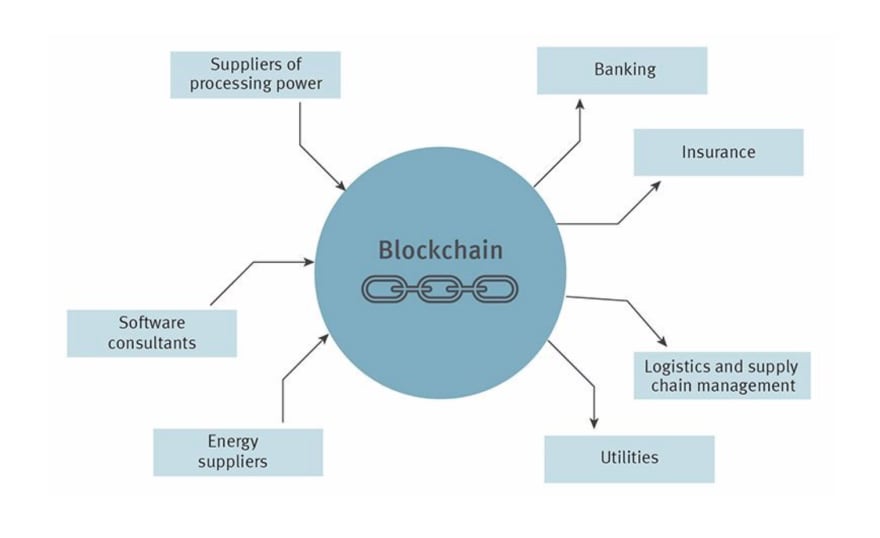 Thanks to you for giving me your time and I hope you learned something.

Thanks to all the resources that helped me put this together.

13 Tips on How to Crawl a Website Without Getting Blocked

Once suspended, cypriantinasheaarons will not be able to comment or publish posts until their suspension is removed.

Once unsuspended, cypriantinasheaarons will be able to comment and publish posts again.

Once unpublished, all posts by cypriantinasheaarons will become hidden and only accessible to themselves.

If cypriantinasheaarons is not suspended, they can still re-publish their posts from their dashboard.