It’s time for the second installment of ‘Clean Code’. If you missed the first one you can find it here: 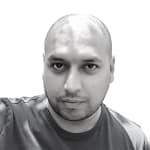 This principle is based on ‘tell me what I need to know - when I need to know‘. I see new developers often caught up adding many unrelated variables to the top of their methods.

Adding properties and backing variables to the top of a class definition is fine. However, when it comes to method implementations, following the same approach can lead to readability issues.

Take for instance the code below. It contains a method which generates an invoice document and then emails it to the customer:

Imagine yourself or another developer coming back to this code six months later. There are a lot of variables to comprehend, and most of those are largely unrelated to the proceeding code.

Much better. Now when reading the code you only need to comprehend the variables relating to the proceeding code. For example, the email related variables are kept around the email creation logic.

The readability of the sample code above can be further improved by moving significant portions of work to their own methods. This also helps when debugging by making it much easier to pinpoint where errors may be occurring. New developers benefit too, by helping them understand “what the code is trying to do” without being bogged down by noise in “how” it is doing it.

When refactored correctly, code should be “easy” to read and not require so many comments. Note that overzealous refactoring can also cause harm. Extracting code to methods excessively causes inefficiency as the developer scrambles through the codebase to find bits of code.

Enums in place of comments

As developers, we often fall into the trap of using raw integer values directly in code. I’ve mentioned before about storing such values in a database or configuration file, though for data values that are unlikely to change this could be overkill. In those cases, using integers in the code is the preferred choice.

For example, let us imagine a ‘status’ method on an entity…

Using a boolean value is not sufficient in this example as there three possible states. In this case, using integers makes sense, but this causes two problems with readability:

So what’s the answer?... Create an Enum:

Then we can do this:

The code has been improved by creating an Enum type DeviceStatus. It has three possible values that can be extended easily. Each value in the Enum has an underlying integer value. Thus in programming languages similar to C# they can be easily used in places instead hard-coding integer values.

The intent of the code is more clear and reduces the need for comments.

When I first started programming many years ago, I fell foul of over-commenting my code. It's a trap all new developers fall into:

There is a natural tendency to do this when you're new because you are learning. Commenting like this is akin to note-taking. It might be useful short term but in the long term it just adds unnecessary noise.

I prefer to comment only in a few instances.

If you aren't confused by what a piece of code is doing, but rather why it's doing it at that moment, then a comment should be added. In the example above, the code is telling us a file is being uploaded over FTP - but it may not be obvious why the while loop is being used.

The comment is valuable here is it explains the reasoning as to why the logic has been implemented in this way.

Thank you to all who have followed and liked my posts - I will be back with more soon! 🤓