The Blockchain technology gained a lot of popularity lately, partly thanks to cryptocurrencies like Bitcoin. In a previous article, I explored several possible use cases for the blockchain technology outside of the cryptocurrency realm. In this article, I will explain what a blockchain would look like to become more relevant and sustainable for businesses. A blockchain designed for a business network will still be a distributed ledger based on a peer-to-peer network, but there are some key differences between a blockchain supporting something like Bitcoin and another built for a business network.

Because the Bitcoin's blockchain was built specifically for cryptocurrencies, it took some time to realize that we could use blockchains for something else than cryptocurrencies. Instead of using a token in the shared ledger ( bitcoin, ether... ), any other asset could be used. Are cryptocurrencies really useful for businesses to run their operations? Building trust, improving security, reducing costs and delays, these are the things a business will look for when using a blockchain. Private blockchains don't need a token or coin to operate.

In Bitcoin, everybody is anonymous. You don't know who you are sending your bitcoins to, or receiving bitcoins from. In a private blockchain, anonymity is not what you need. You need to know where the money is coming from, and you need to know who your customers are. You need privacy, not anonymity. Let's use a example of a simple business network: 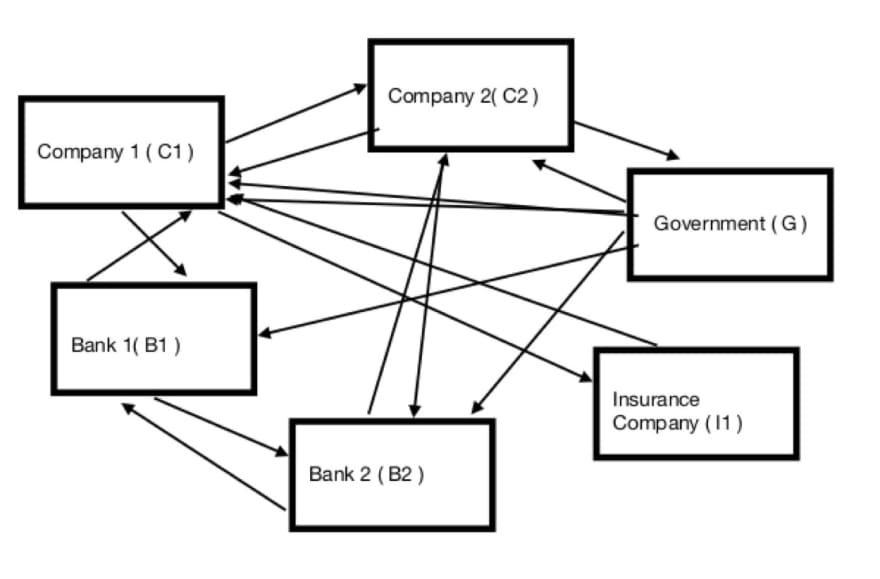 In a normal network, each entity would have its own ledger, its own record of transactions. Which means that everytime a transaction occurs in the network, each entity concerned by the transactions would have to update their ledgers. If company C1 buys from company C2 and company C1 needs a loan from bank B1 and an insurance from the insurance company I1, every single one of those organisations would need to update their books. This is not an efficient way to do things. 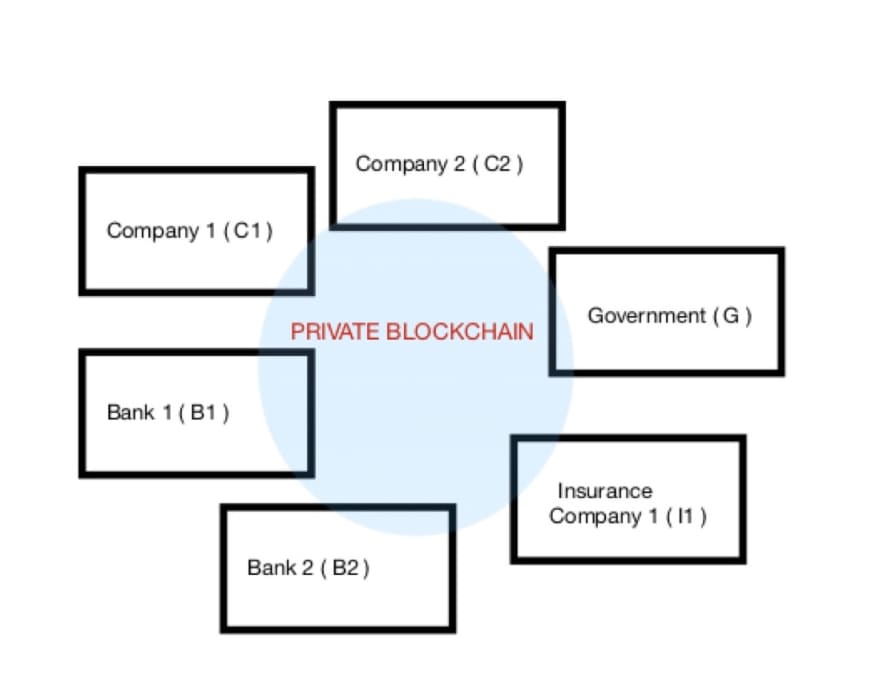 With a blockchain, only one ledger would be updated. But, contrary to the Bitcoin blockchain, not everybody can see everything. By implementing an authentification system, company C1 can only see the transactions that it is involved in. The company would have access to the complete details of the transaction it made with C2, the loan with B1 and the insurance with I1. C1 would not have access to informations about C2 transactions ( if C1 is not involved ), or the banks in the network ( assuming C1 is still not involved ).

In simpler terms, a blockchain designed for a business network needs to meet four requirements:

How a business would benefit from a blockchain?

Blockchains go way beyond the cryptocurrency world. I'll even make a prediction by saying it will transform the global economy in the future. Blockchain is a very young technology still, and we have only scratch the surface of what will be possible, but the future looks bright.

Custodial vs Non-custodial wallets in DLT

How to create a smart contract to receive donations using Solidity

TezID - the Identity Oracle for Tezos