If you build a large website with Gatsby or use Gatsby in combination with a CMS such as GraphCMS, the build can take a long time. For this reason Gatsby offers the option of an incremental build, see Conditional Page Builds. I hope this post helps you to reduce the build time.

In my example I used Gatsby in combination with GraphCMS and GitHub Actions. Whenever a change is made in the CMS, an Amazon Lambda function is triggered by a Webhook, which then triggers a build in GitHub Actions. If you want to learn more about it, check out the following blog post: 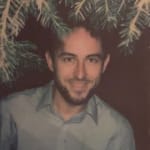 Use the environment variable GATSBY_EXPERIMENTAL_PAGE_BUILD_ON_DATA_CHANGES=true in your gatsby build command to enable conditional page builds.

The --log-pages parameter will output all the file paths that were updated or deleted at the end of the build stage.

You will need to persist the .cache and public directories between builds. This allows for comparisons and reuse of previously built files.

To persist the necessary directories I use GitHub cache action.

The key is a unique cache identifier. This is important because you cannot currently update the cache manually after a build run. So after each build a new cache is created.

Caches that have not been accessed within the last week are cleared.

restore-keys is a list of alternative keys that will be used to find the previous cache.

Once suspended, danielbayerlein will not be able to comment or publish posts until their suspension is removed.

Once unsuspended, danielbayerlein will be able to comment and publish posts again.

Once unpublished, all posts by danielbayerlein will become hidden and only accessible to themselves.

If danielbayerlein is not suspended, they can still re-publish their posts from their dashboard.

Once unpublished, this post will become invisible to the public and only accessible to Daniel Bayerlein.

Thanks for keeping DEV Community 👩‍💻👨‍💻 safe. Here is what you can do to flag danielbayerlein:

Unflagging danielbayerlein will restore default visibility to their posts.