So I love VueJS. And I love dev.to articles about Vue. And I don't want to miss any. I could just keep constantly refreshing the #vue tag on dev.to, but instead I decided it would be more convenient to see all new Vue articles in my Twitter feed. So I wrote my a Twitter bot - @TheVueDev.

The basic flow I decided on was the following

An Azure Function is Microsoft Azure's "serverless" offering that allows you to run a small piece of code in response to some trigger. There's a generous free tier (1 million free executions per month!) that means this project is very cheap, though not entirely free as the Function requires an Azure Storage account to store some things related to the function. Still, the overall cost for this project is less than US$1/month.

Setting up the Twitter account is relatively straightforward (you just need to be prepared to answer a lot of questions that Twitter understandably asks to try to prevent abuse). After setting up a Twitter account for the bot at twitter.com, I went to developer.twitter.com and followed the prompts to apply for a developer account. Finally, I created a new "app", filled in some more details, requested some access tokens, and was presented with a page that looks like this: 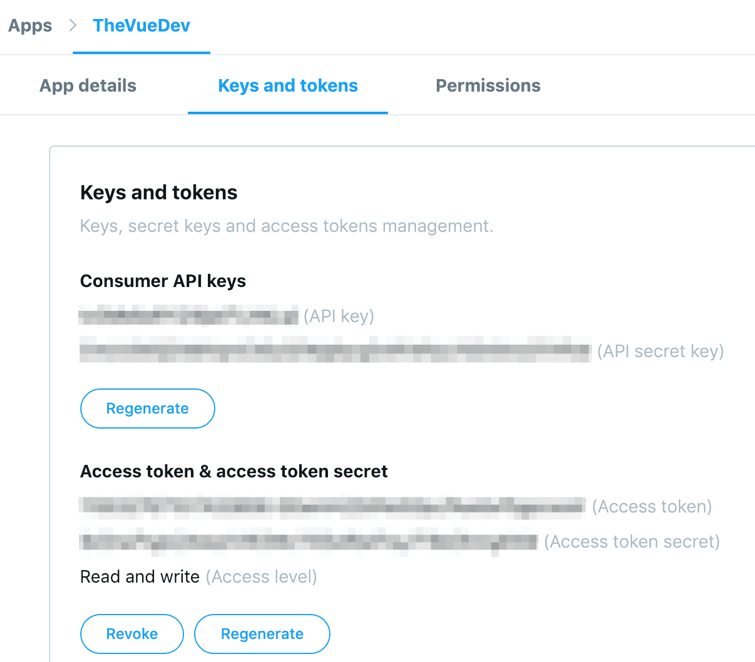 That's right, there are four tokens/keys, and we're going to need all of them!

I followed the quickstart guide in the Azure docs to create an Azure Function in Visual Studio code, selecting "JavaScript" as the language. I then ran tsc --init to add TypeScript, and was ready to start coding!

For each function you create, you need to specify what will trigger it (find all the options here). In my case I wanted to trigger the function every minute, which could be done with the following code in the function's function.json file:

I want to thank Sarthak Sharma for his amazing Vue CLI - check it out if you haven't already. The code he used to scrape dev.to gave me a lot of pointers for this project. 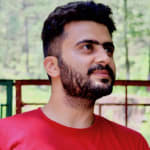 🎁💝DevTo CLI💝🎁: A Valentine's Day Gift To My Favorite People

Like Sarthak, I used the x-ray library to help with scraping. Every minute I want to load up https://dev.to/t/vue/latest and scrape details of the latest VueJS articles. With the help of the Chrome devtools, grabbing things like the article title, author details, and a link to the article is quite straightforward - querying the page uses syntax very similar to CSS.


That will return an array of the articles on the page. There's a bit of cleanup of the data I needed to do (here's the code if you're interested). Of course, it makes sense to tweet out the author's Twitter handle if they've provided it, so I scraped that from the Author page.

For each article, I could then construct the tweet. I decided that tweets would contain the article title, then the author's twitter handle or name, and finally a link to the article (which dev.to very nicely formats with a beautiful card).

Now all we need to do is Tweet the articles!

The problem was that the function can't just tweet all the "recent articles" we find each minute, or we'll end up tweeting heaps of duplicates. Compounding the problem is that dev.to doesn't seem to provide an easy way to see when an article was published to anything more granular than the nearest day. I came up with three possible solutions:

Option 3 seemed the most straightforward. Scraping dev.to/t/vue/latest only returns the last 8 articles, while the Twitter API returns the last 200 tweets from the account, so the function should always be able to accurately determine whether an article has been tweeted.

Omar Sinan's article on building a Twitter bot was very helpful - check it out!

Like Omar, I used the Twit library to help with tweeting. Connecting it to @TheVueDev was as simple as pasting in the four keys and tokens from the Twitter app page (as environment variables of course!).


Then we just tweet out our articles if they haven't yet been tweeted!

(Find the more efficient version of this code here.)

Deploying the function to Azure can be done right from within Visual Studio code with a few button clicks using the Azure Functions extension. Neat!

And with that, I have a functioning Twitter bot, and can now easily know about all the new VueJS articles as they appear on dev.to! 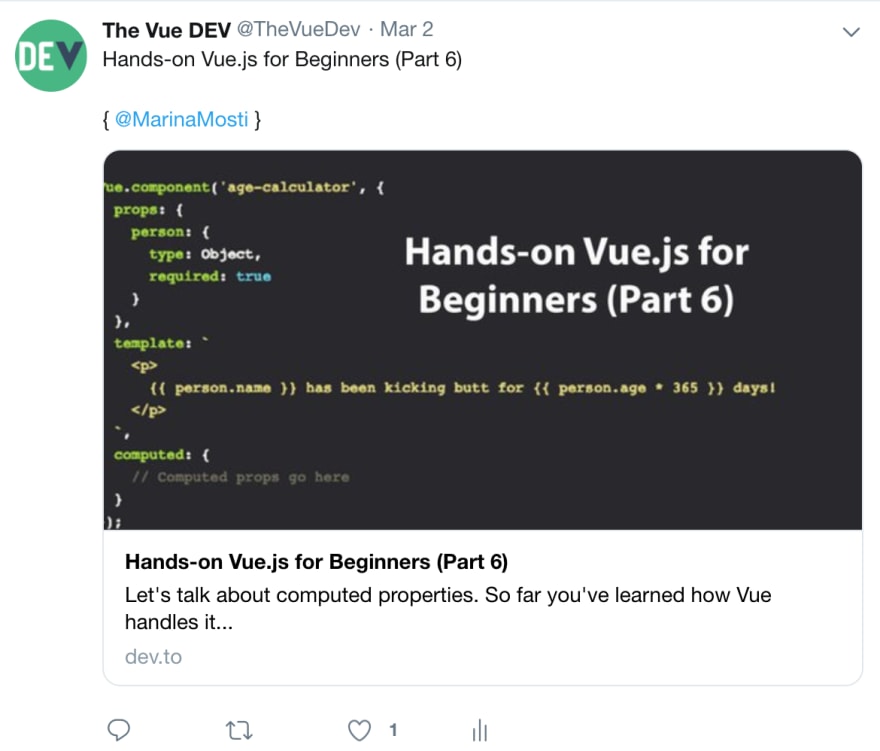 Here's the Twitter account, and here's the full code, with step-by-step instructions for deploying your own bot to tweet out any dev.to tag of your choice!

A bot that lives in Azure Functions and tweets all dev.to VueJS articles

A bot that lives in Azure Functions and tweets all dev.to VueJS articles. Find it @TheVueDev.

dev.to article explaining how this was created.

This same code can be used to create a Twitter bot that tweets new articles from any valid dev.to tag.

Follow these instructions to create your own Twitter bot that tweets dev.to articles for the tag of your choice. It will probably cost you a few cents a month in Azure Storage fees.

Once suspended, danielelkington will not be able to comment or publish posts until their suspension is removed.

Once unsuspended, danielelkington will be able to comment and publish posts again.

Once unpublished, all posts by danielelkington will become hidden and only accessible to themselves.

If danielelkington is not suspended, they can still re-publish their posts from their dashboard.

Once unpublished, this post will become invisible to the public and only accessible to Daniel Elkington.

Thanks for keeping DEV Community 👩‍💻👨‍💻 safe. Here is what you can do to flag danielelkington:

Unflagging danielelkington will restore default visibility to their posts.