From the documentation , Redux is a predictable state container for JavaScript apps.To put simply its a JS App Data Flow Architecture.

Modern UI Libraries in order to entertain cool UI Features make use of states(States are just like variables, but variables on which a ui component depends). Redux is a data flow architecture which allows us to handle app state in rather easy and well to maintain way.

NOTE : Redux is used for larger apps i.e where there is a lot of UI Components involved and their change depends on data.

Store is the object that holds the application state.

Yup ! The entire state of an app is represented by store. The store provides some methods to interact, Dispatch actions, Register any listeners e.t.c.

Store is only changed by actions, actions are basically requests which sends data to store and then from store app access the states.

Reducers are pure functions which based on actions returns the next state. 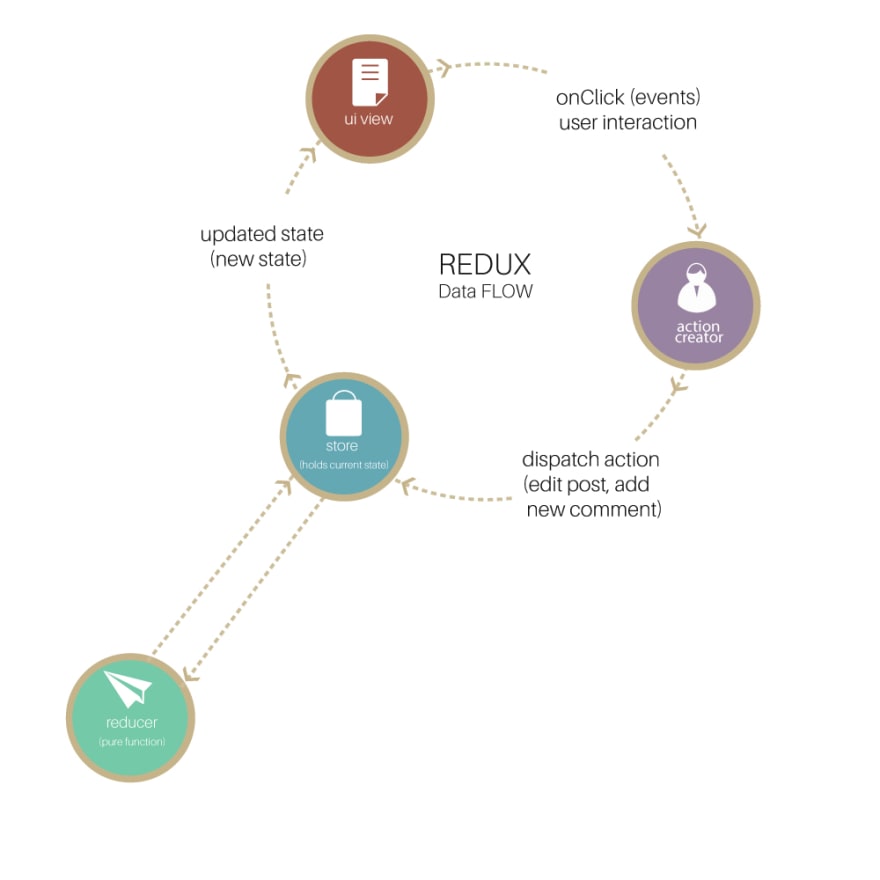 *This is the most basics of redux. To know more hop over to the links below.