OpenAI has released the research paper,

Codex is much improved than GPT-3 due to its model been trained on a dataset that includes a much larger concentration of public source code from GitHub.

Codex has been fine-tuned on publicly available code from GitHub, and study its Python code-writing capabilities.

An evaluation harness for the HumanEval problem solving dataset from the research paper is also available on OpenAI Github repository.

Which explains that the sucessor of Codex is used to train on code dataset from GitHub repositories for the GitHub Copilot project. 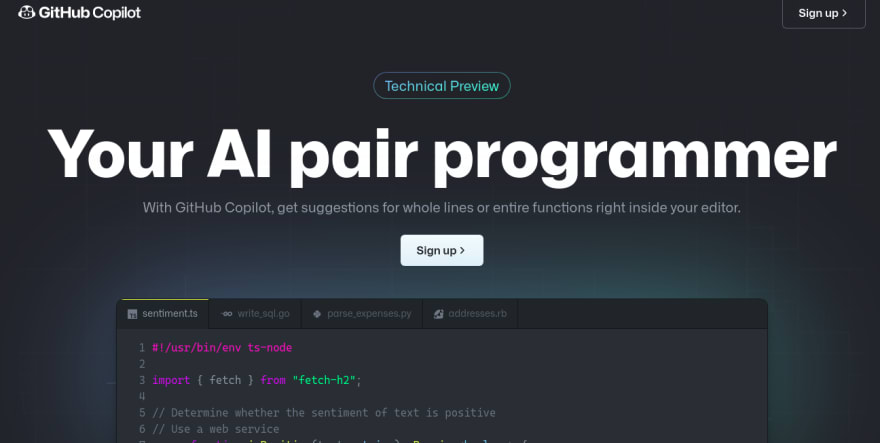 The paper claims it has solved 10,000 competitive programming problems and problems from open source projects related to Continuous Integration.

About data collection, the paper says,

"Our training dataset was collected in May 2020 from 54 million public software repositories hosted on GitHub, containing 179 GB of unique Python files under 1 MB. We filtered out files which were likely auto-generated, had average line length greater than 100, had maximum line length greater than 1000, or contained a small percentage of alphanumeric characters. After filtering, our final dataset totaled 159 GB"

The economic impact that CODEX going to do will be observed in programming related jobs in future by improving productivity of the coder and also a change in Competitive Programming World.

Where may be the difficulty level of coding questions will be increased or may be Competitive Programming will be left alone to AI and Humans have to focus on much higher level of problem solving than that of just writing repeatable codes.

Check out the following resources,

How to Use MQTT in Java

Danyson
Hi !!, this is Danyson, writer of this Software Engineering blog, feel free to comment your thoughts and feedbacks
How to delete remote commits in git?
#github #git #devops
How to position items within a container using Flex Box ?
#css #beginners #programming #webdev
How a Single Mathematical question lead to the Invention of Modern Computers?
#computerscience #programming

Once suspended, danyson will not be able to comment or publish posts until their suspension is removed.

Once unsuspended, danyson will be able to comment and publish posts again.

Once unpublished, all posts by danyson will become hidden and only accessible to themselves.

If danyson is not suspended, they can still re-publish their posts from their dashboard.

Once unpublished, this post will become invisible to the public and only accessible to Danyson.

Thanks for keeping DEV Community 👩‍💻👨‍💻 safe. Here is what you can do to flag danyson:

Unflagging danyson will restore default visibility to their posts.