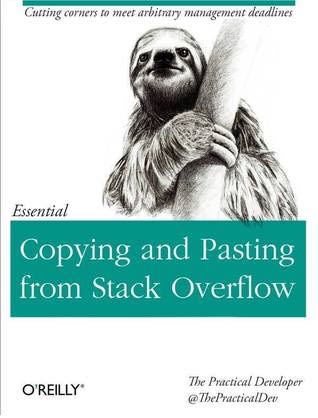 I’m not a Golang developer. Let’s just get that out of the way up front. I’ve developed a few things in Go, but a Go developer I’m not. I sort of need to be, but it hasn’t been essential. I decided that it was really time to take the plunge and get serious about Go. Seriously, there’s only so much you can learn by reading the internet.

To that end, I have taken 2 actions:

It’s #2 that I’ll write about here today and not because I think I did an exceptionally good job of it but because it may be useful to others, and just to record what I’ve done, in case I want to refer to it later.

I’ve been working on a little IoT project (duh) that is using a Raspberry Pi. It also uses a Bosch BME280 breakout board from Adafruit. Which would be super easy to deal with if I was running it on an Arduino. But I’m not. And yes, I’m aware that there are ways to just run Arduino sketches on Raspberry Pi but I really am not such a fan of Arduino sketches, so I decided to do it another way.

The sensor is I2C, of course, so there was that. It’s easy to make the I2C buss accessible on Raspberry Pi (just run raspi-config and Bob’s your Uncle), but dealing with I2C devices is a little harder. I tried a couple of C-based I2C libraries but most of them gave … unexpected results. The one I found that was the closest was by a GitHub user called “BitBank2” (https://github.com/bitbank2/bme280) so I decided to use his. I was able to compile it and run the example program with at least reasonable results. But then I still had to call it from some user-space program in order to get the results. I should have smelled a rathole coming, but of course I didn’t.

I’ll just port it to Go! Sounded reasonable at the time.

It was actually a lot easier than I thought it would be. First, there’s a great Go I2C library from @rakyll that works great. I had used it to access a SenseAir K30 CO2 sensor, so I thought I’d start there.

Since the library I was starting from worked, I figured the easiest thing to do would be to just do a semi-straight translation. I’d copy in a few lines of the C code, and then make it Go. There were, of course, some things that just wouldn’t work well. For instance, the I2C library wants to deal in bytes and byte slices, so I couldn’t very well just use the ints that the C library used. Also, the C library used a slew of static global variables, and that was also not going to work well in go. So I made adjustments:

Pretty much the rest of it was a simple translation of turning a C language construct into a Golang construct.

Now any Go program can simply do the following:

because a call to BME280ReadValues returns a simple slice of ints as Temperature, Pressure, and Humidity, in that order. Note : The pressure calculation is currently broken, so I don’t suggest using it.

As I said, it was surprisingly easy to get it all working! I now have a motley-fully functioning library for the Adafruit ZBME280 Breakout Board in GoLang!

Next up is to write a similar library for the SenseAir K30 sensor. I’ve got the sensor working just fine, I just have to turn the code into a library.

If you’re interested in using this library, it’s freely available on my GitHub.

David G. Simmons
I've been doing IoT since before it was IoT and way before it was cool.
A QuestDB Dashboard with Node-Red
#database #gadgetry #iot #dashboard
IoT on QuestDB
#databse #iot #arduino #database
It’s Time Series All the Way Down
#devrel #evangelism #iot #jobs