In order to understand what exactly we're dealing with here, it's helpful to understand what the .NET framework is and what it's used for. .NET is a software framework developed by Microsoft. It was originally intended to be proprietary for development of software for the Windows platform, although early on, they changed course in favor of a community/open-source style development environment(today in the form of .NET Core/ASP.NET). For developing .NET applications, the 2002 version of their Visual Studio started compiling code into a Common Intermediate Language, instead of into machine code. Before this version of Visual Studio, IDEs(Integrated Development Environments) compiled to machine code. What that means is that languages had to be compiled into machine code that was specific to whatever computer you were developing applications for.

By using a Common Intermediate Language, it's possible to write the application once and then compile it to the intermediate language, then have each platform compile that to its platform specific machine code. Thanks to this feature and the standardization of the Command Language Infrastructure(the specification for converting intermediate language to machine code), .NET is no longer solely for developing applications for the Windows platform. Developers can also develop for Mac OS and Linux systems as well mobile and web applications. Woot! Interoperability!
.NET also supports programming in multiple languages such as C#, VB.NET, C++, J#, F# and more. 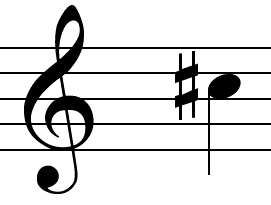 You may immediately notice a few foreign keywords: "using", "namespace", "static", "void". If you've used TypeScript(which is actually a great transition from JS to C#), some of these might already be familiar.


In the next part the series, I'll go into these keywords and more as we continue exploring C#!

davidrpolk
I'm a Software Engineer currently based out of New Orleans, LA. Most of my life has been spent as a musician, and hacker(#afafaf hat?).
TypeScript: What, Why and How
#typescript #javascript #beginners
Asynchronicity in JavaScript, a Short History
#javascript

Once suspended, davidrpolk will not be able to comment or publish posts until their suspension is removed.

Once unsuspended, davidrpolk will be able to comment and publish posts again.

Once unpublished, all posts by davidrpolk will become hidden and only accessible to themselves.

If davidrpolk is not suspended, they can still re-publish their posts from their dashboard.

Once unpublished, this post will become invisible to the public and only accessible to davidrpolk.

Thanks for keeping DEV Community 👩‍💻👨‍💻 safe. Here is what you can do to flag davidrpolk:

Unflagging davidrpolk will restore default visibility to their posts.