I didn't have as much time as I'd like today, but I was able to complete what I set out to do, so I guess that's worth something.

Today, I set up a Firebase service for my application, and integrated Google login for native devices. The main time consumer today was deploying to my Android. I was able to emulate on iOS on my Macbook just fine, but Cordova kept on giving me trouble when I tried to run the app on Android. After multiple refreshes of my PATH variables, ensuring I had the right active JDK, and multiple restarts, I found a niche solution on Github.

Apparently, when declaring the path for the Android SDK root directory, it prefers an explicit declaration. So, rather than "$HOME/Library/Android/sdk" it wanted "/Users/myaccount/Library/Android/sdk". I'm not sure whether this is a bug that only affects a few or a necessity when using the SDK; either way, it fixed the issue. 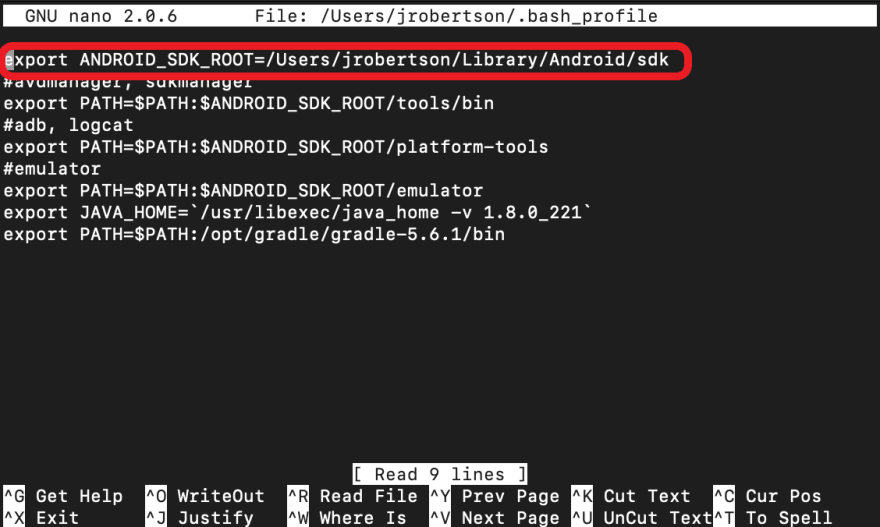 Anyways, that's all for today. Tomorrow I'll mostly be using pen and paper(gasp) to draft up some basic UI/UX/Navigation structure, and getting in touch with some friends who would be potential users and getting into the specifics of what they need out of the app.

React Native will use TypeScript by default

Once suspended, daydreamjesse will not be able to comment or publish posts until their suspension is removed.

Once unsuspended, daydreamjesse will be able to comment and publish posts again.

Once unpublished, all posts by daydreamjesse will become hidden and only accessible to themselves.

If daydreamjesse is not suspended, they can still re-publish their posts from their dashboard.

Once unpublished, this post will become invisible to the public and only accessible to Jesse Robertson.

Thanks for keeping DEV Community 👩‍💻👨‍💻 safe. Here is what you can do to flag daydreamjesse:

Unflagging daydreamjesse will restore default visibility to their posts.