GNU Midnight Commander (also referred to as MC) is a user shell with text-mode full-screen interface. It can be run on the OS console, in xterm and other terminal emulators.

GNU Midnight Commander allows you to manage files while making most of you screen and giving you a clear representation of the filesystem, yet it's simple enough to be run over a telnet or ssh session.

GNU Midnight Commander is released under the GNU General Public
License version 3 or any later version. A copy of the file is
included with this distribution package.

On Debian or Ubuntu run:

On CentOS, the command is: 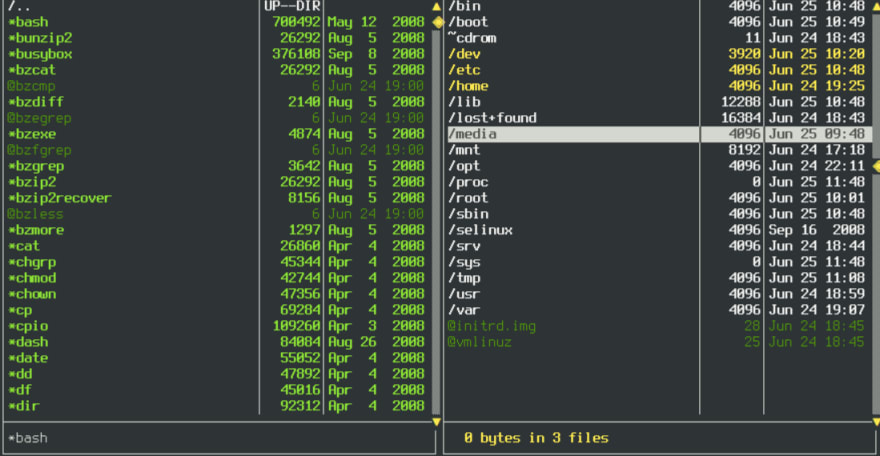 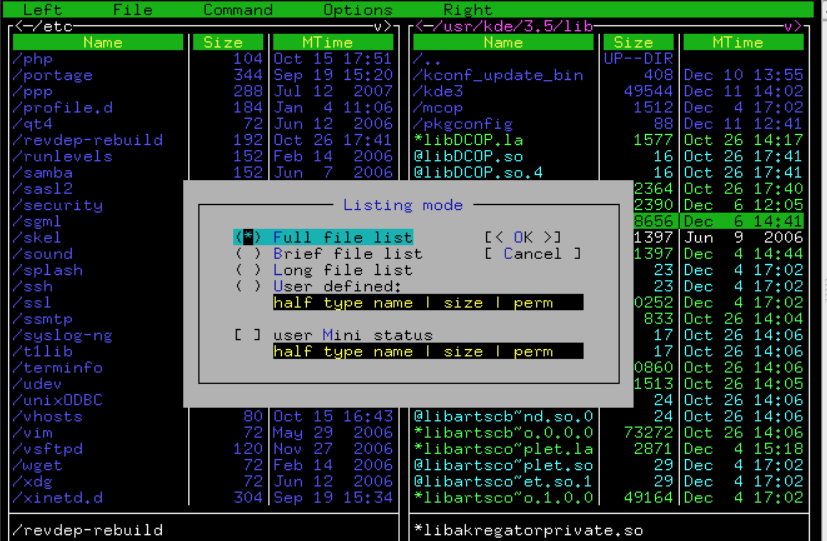 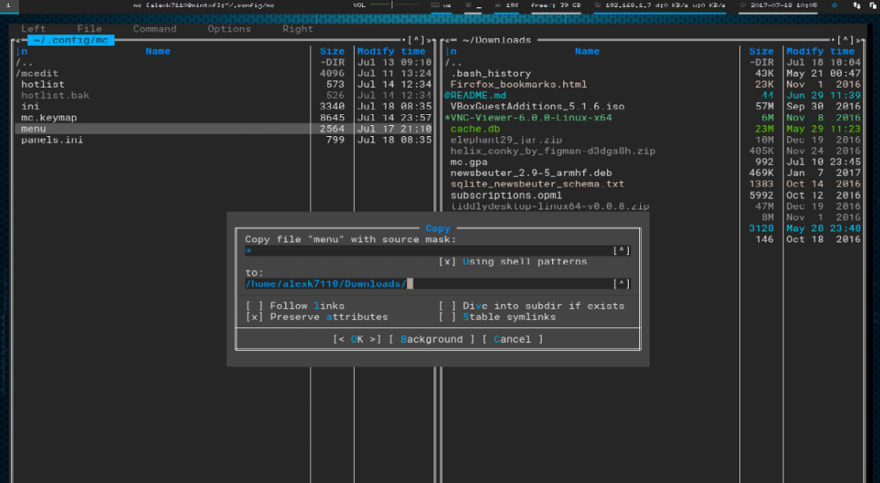 Keep in mind that running as root is not a good idea unless you need to modify or delete files/directories owned by this user. In most cases, reading or copying objects owned by root doesn’t require special privileges, so try to run mc as a regular user.

Please read the file INSTALL for installation instructions
and full list of dependencies.

Some features are specific to the POSIX environment MC runs on, some are
familiar to the users of similar software for other operating systems.

Once suspended, ddeveloperr will not be able to comment or publish posts until their suspension is removed.

Once unsuspended, ddeveloperr will be able to comment and publish posts again.

Once unpublished, all posts by ddeveloperr will become hidden and only accessible to themselves.

If ddeveloperr is not suspended, they can still re-publish their posts from their dashboard.

Once unpublished, this post will become invisible to the public and only accessible to Kemal C..

Thanks for keeping DEV Community 👩‍💻👨‍💻 safe. Here is what you can do to flag ddeveloperr:

Unflagging ddeveloperr will restore default visibility to their posts.