Understanding it easily, once and for all. 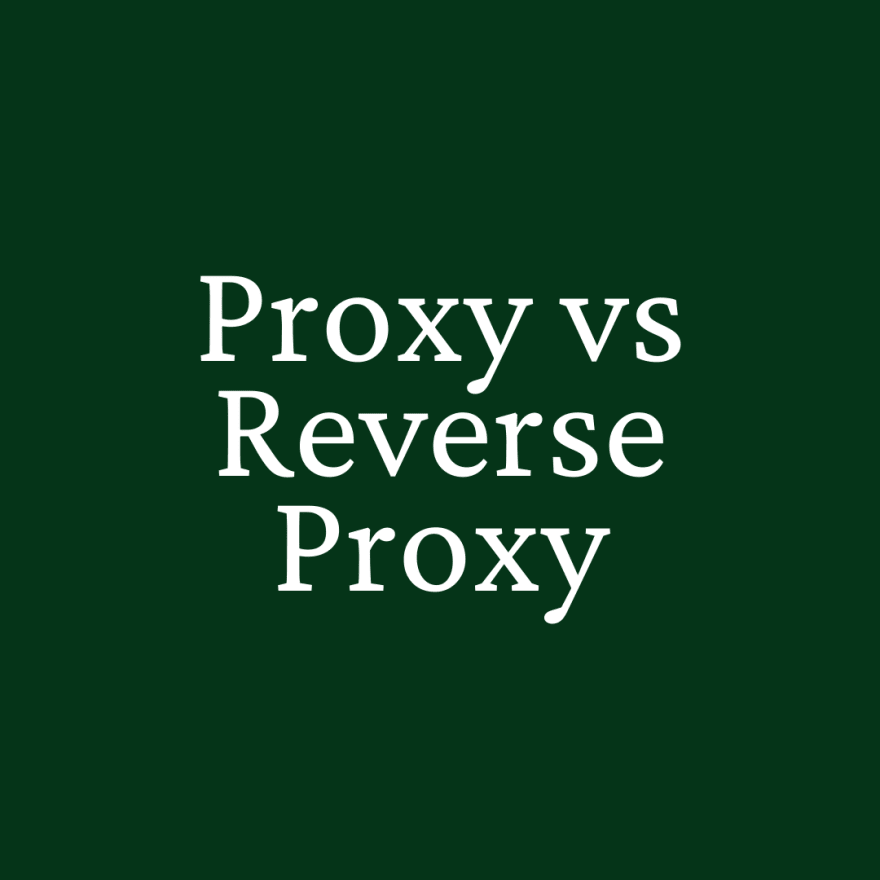 Let's say you want to visit a website ( something.com ) on the internet which is blocked by your ISP or your company or the country you live in.So instead of going through to the site directly, you go to a proxy computer which then goes to www.something.com for you and returns the content from there.

According to the wikipedia definition
In computer networking, a proxy server is a server application or appliance that acts as an intermediary for requests from clients seeking resources from servers that provide those resources. A proxy server thus functions on behalf of the client when requesting service, potentially masking the true origin of the request to the resource server.

Now you may ask :

Proxy Servers can be used for

Reverse Proxy is something that doesn't show in your system settings or browsing the web but it's something that every developer should know. Let's take an example where you host a website on www.something.com and it became popular. The number of people reaching your website increases dramatically and as new users start coming, your web server starts to slow down and starts dropping connection. Now what do you do ?

You decided to upgrade the computer on which it is hosted, well that does solve the problem, but to what extent. Eventually if the traffic increases your server won't be able to handle the users.

Then let's say you decided that you will add another server to handle the traffic. But how will you go out and tell everyone and deviate traffic. How will the user know which server to hit to get access to the website? This is where a reverse proxy comes in.

You may ask, what if the reverse proxy gets overwhelmed, well yes that can happen and does happen, but then we have other methods to handle such massive traffic using DNS based load balancing or breaking your service into smaller parts and hosting them differently.

Difference between proxy and reverse proxy

Though reverse proxy and proxy do the exact same thing, masking the true origin of the user, there is a slight difference in the way the operate

Unlike a traditional proxy server, which is used to protect clients, a reverse proxy is used to protect servers. A traditional forward proxy server allows multiple clients to route traffic to an external network. For instance, a business may have a proxy that routes and filters employee traffic to the public Internet. A reverse proxy, on the other hand, routes traffic on behalf of multiple servers.
A reverse proxy effectively serves as a gateway between clients, users, and application servers. It handles all the access policy management and traffic routing, and it protects the identity of the server that actually processes the request.

Once suspended, dev117uday will not be able to comment or publish posts until their suspension is removed.

Once unsuspended, dev117uday will be able to comment and publish posts again.

Once unpublished, all posts by dev117uday will become hidden and only accessible to themselves.

If dev117uday is not suspended, they can still re-publish their posts from their dashboard.

Once unpublished, this post will become invisible to the public and only accessible to Uday Yadav.

Thanks for keeping DEV Community 👩‍💻👨‍💻 safe. Here is what you can do to flag dev117uday:

Unflagging dev117uday will restore default visibility to their posts.