Virtualization refers to the creation of virtual resources such as a server, desktop, operating system, file, storage, or network. 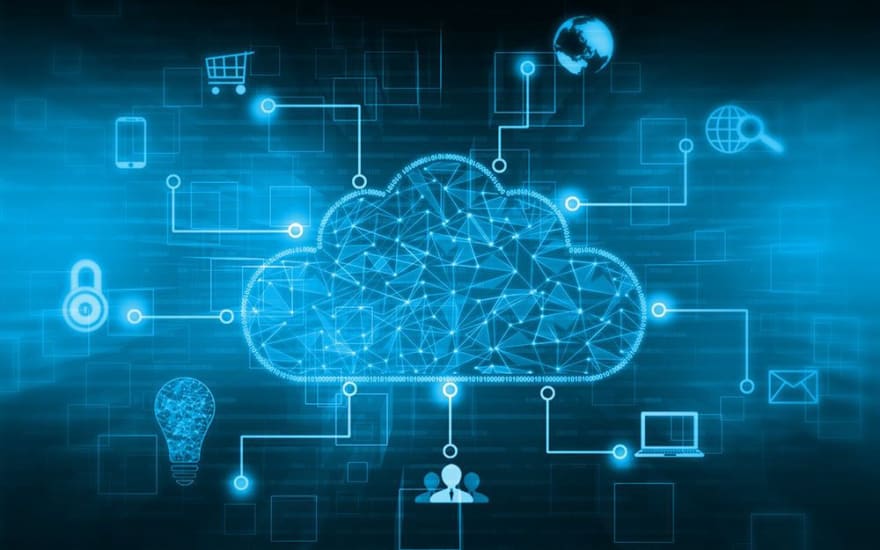 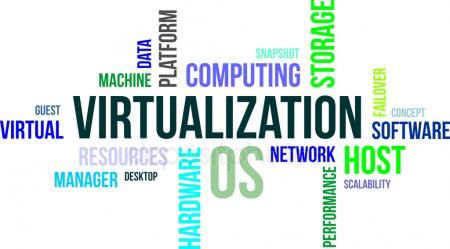 Due to invention of desktop and reduction in hardware prices this technology become dormant for a long time.

But over the past few decades with the invention of new technologies like utility computing and cloud computing, virtualization has regained its importance.

Server virtualization allows multiple servers to be installed on one or more existing servers. This saves floor space and money since you don’t have to purchase new servers or expand the square footage of your server room. 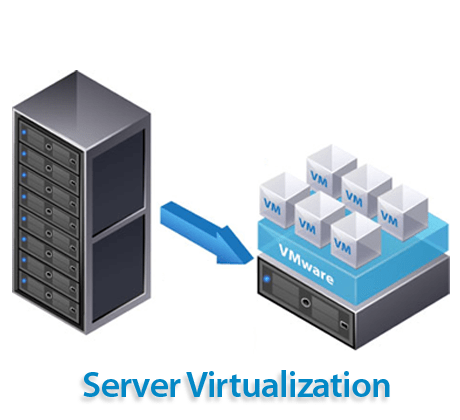 The benefits of server virtualization include:

· Virtualizing most servers onto one or two physical servers reduces server maintenance costs.

· Additional RAM, processor power or storage space can be quickly and easily allocated to any virtual server.

· In case of virtual server error, quick restores can be done from locally stored backups.

Desktop virtualization removes the need for a CPU at each computer station. Each user will still have a monitor and mouse but will have their desktop CPU virtually stored on a local server.

Benefits of desktop virtualization include:

· Virtual Desktops can run on multiple types of hardware such as workstations, Thin Clients, laptops, and some smartphones.

· Centralizing the virtualized “CPUs” of desktops provides increased stability through better administration of workstations and increased security because the host system keeps all workstations up to date with patches and hotfixes.

· Virtual desktops can be quickly created after an initial “original” virtual machine has been produced—anytime a new desktop computer is needed, copy the original, give it a name and it is ready for immediate use.

· Users love it because their machine is “never down” and they always have access to their customization on their virtual machines. Virtual desktops also reduce the carbon footprint and increase Total Cost Ownership when compared to maintaining physical machines.

This is a process where applications get virtualized and are delivered from a server to the end user’s device, such as laptops, smartphones, and tablets. So instead of logging into their computers at work, users will be able to gain access to the application virtually from anywhere, provided an Internet connection is available.

Other benefits of Application virtualization include:

· Application virtualization separates applications from the operating systems and can run the applications on work stations, thin clients, laptops, and some smartphones.

· Multiple applications can run at the same time without bogging down the system or conflicting with other apps.

· Virtualized applications can be installed, maintained, and patched as soon as updates are available.

Network virtualization is a method of combining available resources in a network by splitting up the available bandwidth into channels, each of which is independent of the others, and each of which can be assigned (or reassigned) to a particular server or device in real-time. Each channel is independently secured. Every subscriber has shared access to all the resources on the network from a single computer. 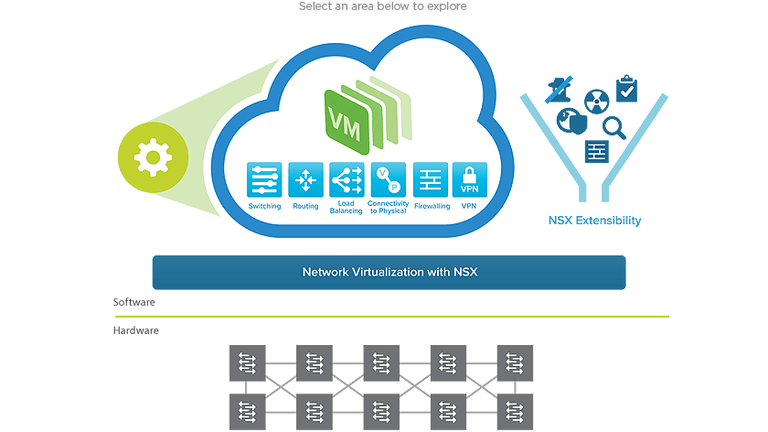 Businesses that would benefit from network virtualization are the ones that have a large number of users and need to keep their systems up and running all the time. With the distributed channels, your network speed will increase dramatically, allowing you to deliver services and applications faster than ever before.

Storage virtualization is the process of grouping the physical storage from multiple network storage devices so that it looks like a single storage device. This concept is used in Storage Area Network (SAN) environment.

Through storage virtualization, a new layer of software and/or hardware is created in between the storage system and the server and so the applications will no longer be in the need of knowing the information regarding which drives or storage subsystems their data is residing on.

· One of the major benefits of abstracting the host or server from the actual storage is the ability to migrate data while maintaining concurrent I/O access.

· Availability factor gets enriched as the applications are not restricted to specific storage resources and also can be shielded from all kinds of disruptions.

· Disaster Recovery option is offered by the management of data replication at the virtualization layer. This can be achieved as soon as the primary source is kept as free and is managed by the common interface.

· Automation of storage capacity provisioning can be eliminated. 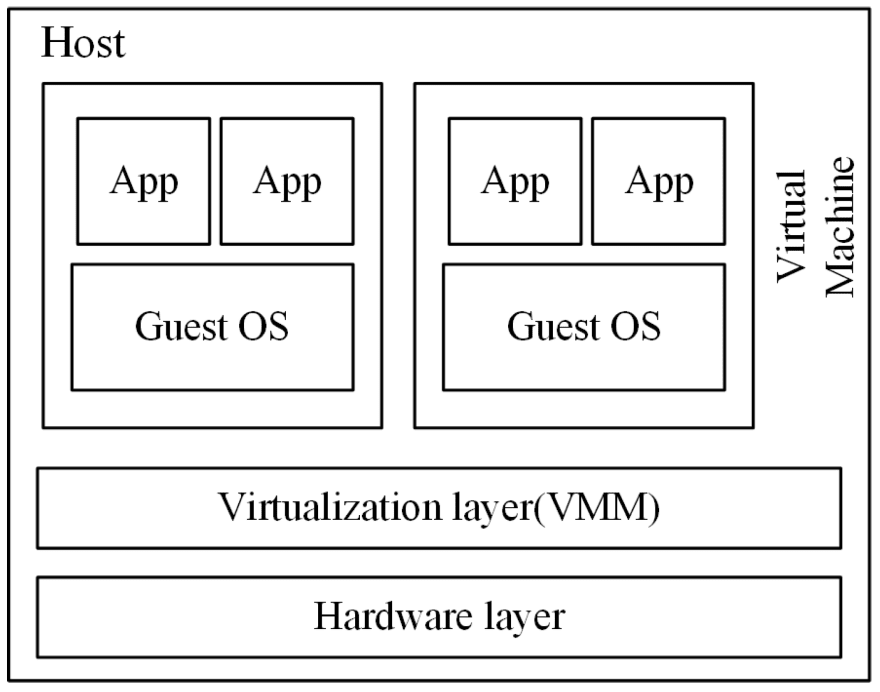 A virtual machine is a software program or an operating system that possesses the characteristic behavior of an independent computer system and is capable of performing various tasks like running applications and programs like a computer. A virtual machine is also known as a guest.

Bare-Metal or Native or Type-I Hypervisor: 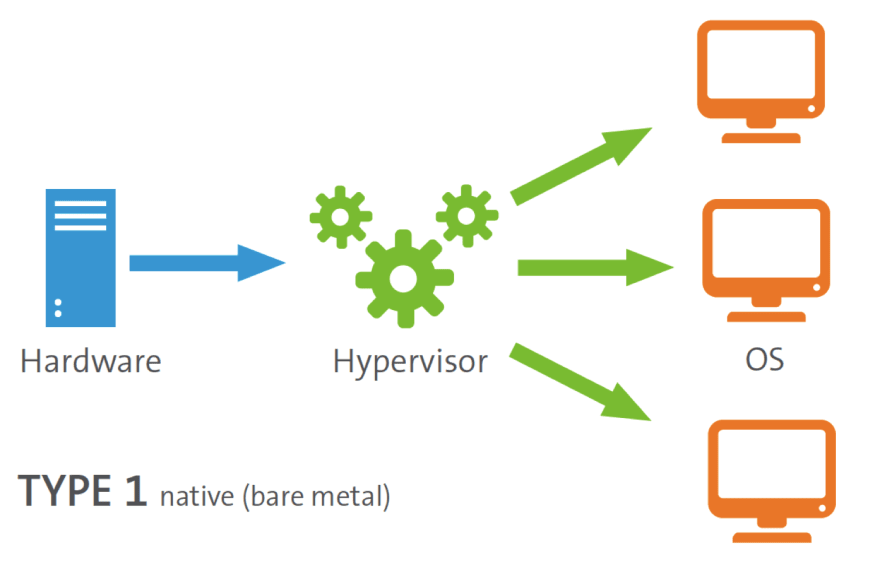 Embedded or Hosted or Type-II Hypervisor: 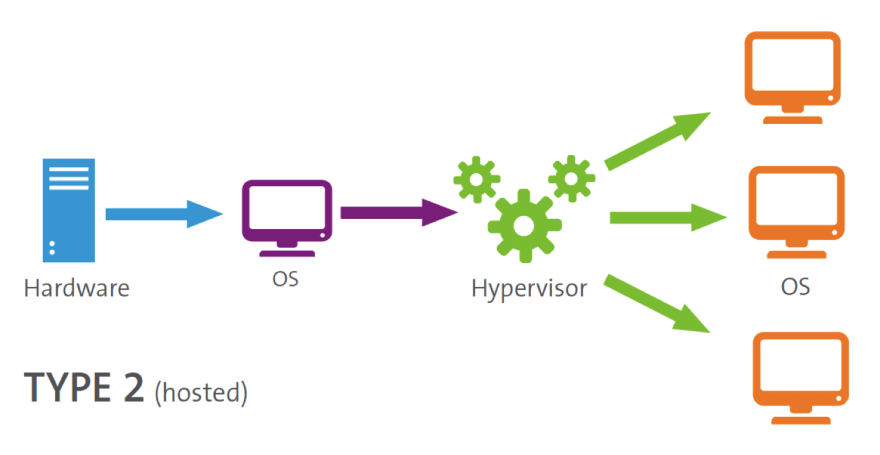 These hypervisors run within a host OS. That means Type-II Hypervisor runs as an application on the host OS.

🔗 Personal URL shortener on your domain with automation through GitHub Actions