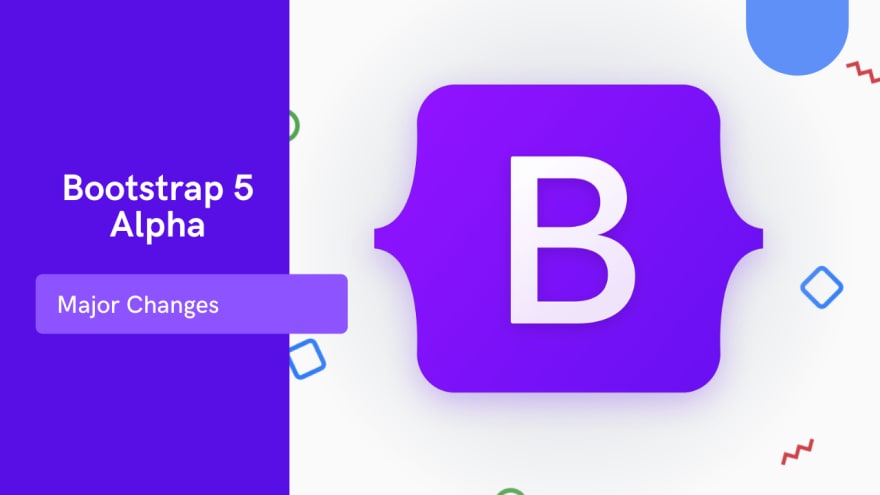 Now that Tech is growing rapidly it is very important to learn web development. If you are already learning web development then you must have heard of the bootstrap technology especially the latest release of bootstrap 5.

Bootstrap is a CSS framework that functions as a responsive, mobile-first front-end web development. It is also free and open source. You might ask for you really need a framework. The answer to that is no. Not really but it helps to make your work easier and fast. And you get to avoid a lot of repetitive stuff. It is especially important for both newcomers and experienced developers so you can focus on the functionality of your web or app.

With the arrival of bootstrap 5 alpha. It opens doors to some features that make bootstrap a leading front-end developing tool. We shall discuss the already existing features found in bootstrap.

Bootstrap's responsive features allow for you to have CSS adjusts to mobiles, tablets, and desktops

Bootstrap is very mobile-friendly as version 3 focuses on that.

It is simple to integrate Bootstrap along with different other platforms and frameworks, on existing sites and new ones too. An element of bootstrap can be used along with your CSS.

In the previous version bootstrap 5 extends on the bootstrap 4 customizable docs with a more theming page with content and code snippet for building on top of bootstrap's source sass file. The color palette was also expanded in bootstrap 5 allowing you to customize your app easily without leaving the codebase.

In the new bootstrap 5 stable version, the grid system introduces the XXL features along with the already existing 12 column grid system. It also has some notable changes like:

In the bootstrap 5 new components, the JavaScript is more easily understandable and it bridges the gap between bootstrap 4 and bootstrap 5. The toggle state that used a bulk of HTML and CSS to make buttons plugin was also dropped. The toggle buttons are now powered by checkboxes and radio buttons which are more reliable.

Bootstrap has an extended list of components pre-styled. These include; Button Groups, Navigation Bar, Breadcrumbs, Labels & Badges, Alerts, Progress Bar, And many others.

Base styling for most HTML elements

Bootstrap is also known to provide excellent documentation with examples and demo which makes it easy for anyone to use even a beginner.

Bootstrap 4 offered no library for icons as developers were forced to use font awesome for their icons. while in In Bootstrap 5, the SVG icon library is introduced which makes it possible to make your own icons and use them in your projects.

Utilities were introduced in bootstrap. These allowed you to control and customize the page with the global ‘$enable-*’ classes in bootstrap 4. In bootstrap 5 API is introduced to the utilities. These added features also give developers the opportunity to either create their own API or even remove or modify utilities with this API-based approach.

One of the frustrating things for web developers is doing some repetitive work. It makes the work a lot more difficult for them. Bootstrap has allowed developers to solve this issue and focus more on creating beautiful and user-friendly websites.

The new Bootstrap 5 has been released and has seen so many changes. We will be discussing these bootstrap 5 changes in detail here and it's importance.

Bootstrap is the most popular front-end framework built to design modern, responsive, and dynamic interfaces for professional design web pages. Bootstrap 5 alpha is the latest version and we are still waiting for a stable one. It was released officially on June 16, 2020.

New look and feel for bootstrap 5

The bootstrap new version is coming with a new look. They have improved on their doc v4.5.0. Bootstrap doc pages are no longer full width, this helps to improve readability and allow to feel more content-like. The sidebar was also improved with a bootstrap expandable section to enable faster navigation. A new logo is also introduced which embodies the bold B with curly braces.

jQuery has been losing its popularity as most of these modern frameworks work through the virtual DOM and not on the DOM directly which leads to much faster performance and loading speed. Bootstrap has been using jQuery for 8 years now and has seen that is much easier and efficient to discard the technology for better ones. Now bootstrap 5 has changed to vanilla JavaScript which is far more popular.

Thanks to bootstrap dropping the use of internet Explorer they have been able to use a lot of CSS customer properties. This allows the developer to focus more on designing their desired web page without worrying about old browser supports or bigger project size.

We can already see a 12 gird column in version 4 of bootstrap. In bootstrap 5 it comes with XXL grid which is for screens more than 1400px wide. Also, the Gutter classes were replaced with ‘g-’ utilities much like margin/padding utilities. ‘gx-’ or ‘gy-*’ can be used to have space between your columns and rows. Additionally, columns are no longer ‘position: relative’ by default.

You can learn more from bootstrap GitHub here.

Bootstrap 5 comes with awesome SVG icons which other versions don't have. Before the stable version arrives, you can now use the SVG icons for your project without having to check Google for your icons.

The utility has become a way to build apps and the web. Bootstrap has decided to include these features on the new bootstrap 5 version by introducing the API utility version. This is a step forward from the previous bootstrap 4 which introduced the global $enable-* classes. This new API utility wiLl make it possible to create your own utility whenever you want while being able to remove or adjust those provided.

Bootstrap has switched from their usual documentation static site Jekyll to Hugo. Bootstrap made these changes because of the slow run of Jekyll and the requirement to download ruby. Hugo has none of these problems and these makes it load websites faster.

Bootstrap is expected to release better features in their stable version and provide developers with easy access to tools needed to make your work more artists and mobile-friendly.

Building different custom components in react for your web apps or websites can get very stressful. Thats why we decided to build contrast. We have put together a UI kit with over 10000+ components, 5 admin dashboards and 23 additional different pages template for building almost any type of web app or webpage into a single product called Contrast Pro. Try contrast pro! 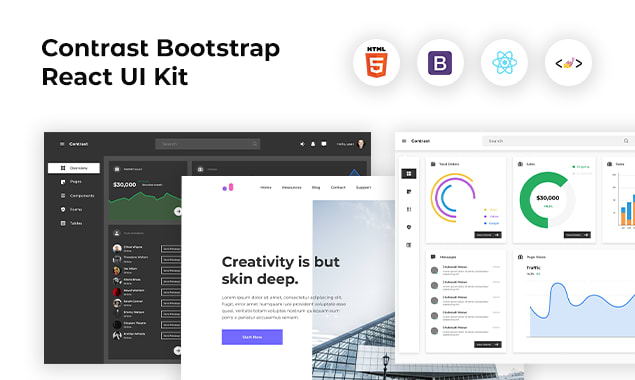 Once unpublished, this post will become invisible to the public and only accessible to Sampson Ovuoba.