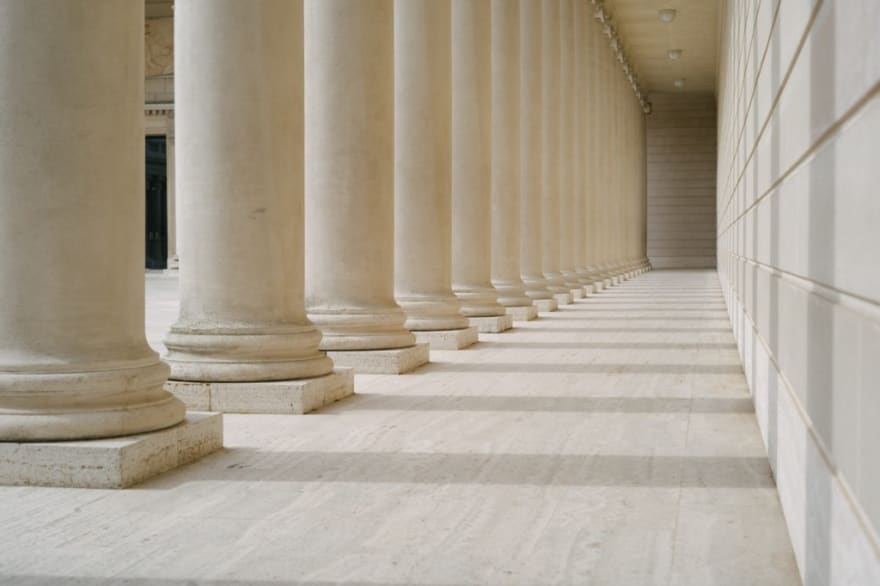 Recently, I was tasked with creating a scheduler component. Although this article won’t go into full detail on how it’s being implemented one thing that I had to do was set up the layout (obviously).

I decided that the best course of action for this was to use a CSS Grid to lay everything out. One of the requirements is that it was necessary to have column groups with different color backgrounds. Simple enough right?

Where possible I like to use CSS and not javascript as it tends to be considerably faster. In this case, instead of iterating over the array and manually applying the styling that way, I decided the best way would be to use a CSS pseudo-selector in order to determine which columns should be colored.

Luckily enough there exists a pseudo-class called nth-of-child and nth-of-type. These can be used to dynamically apply a set of CSS styling to a specific number of children. How you may ask? Well the selector can be used in conjunction with simple math to plan it out

In my particular case, I had to group up the columns by 4 and style them that way.

What I ended up going with was the following sequence: 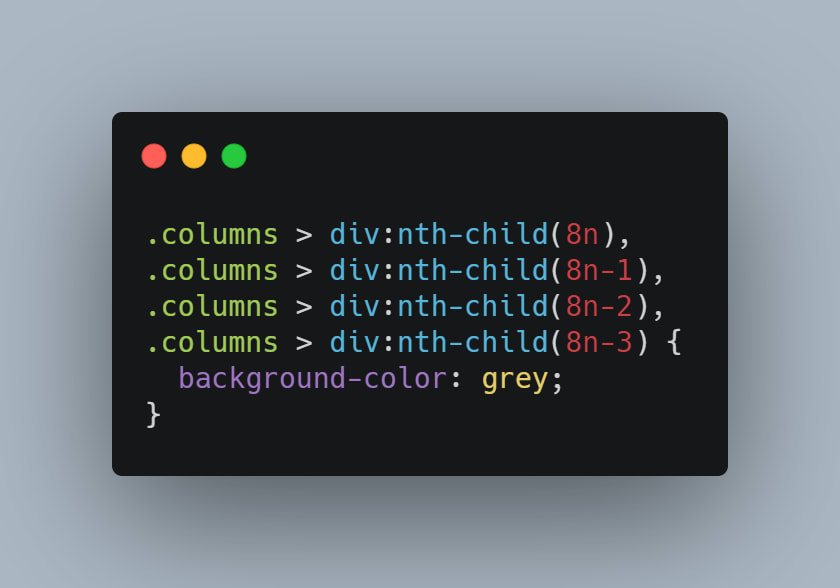 With this, we are grouping up the columns by 8 and only coloring the second group of columns as by subtracting I am targeting the final four each time.

Here is the provided example:

And that’s it! Let me know if you have any questions or if you have a preferred method of applying styling to columns/rows using a CSS grid!

Originally published at https://relatablecode.com on November 15, 2021.

How to create a confetti effect in CSS

Having fun with CSS Part 2

Once suspended, diballesteros will not be able to comment or publish posts until their suspension is removed.

Once unsuspended, diballesteros will be able to comment and publish posts again.

Once unpublished, all posts by diballesteros will become hidden and only accessible to themselves.

If diballesteros is not suspended, they can still re-publish their posts from their dashboard.

Once unpublished, this post will become invisible to the public and only accessible to Diego (Relatable Code).

Thanks for keeping DEV Community 👩‍💻👨‍💻 safe. Here is what you can do to flag diballesteros:

Unflagging diballesteros will restore default visibility to their posts.