GraphQL is a pretty swish alternative to REST. That's not to say it's better or worse, but in certain situations it's pretty handy. Relay is a JavaScript framework designed for hooking up React applications with a GraphQL API. GraphQL + React + Relay are the foundations of the current Facebook application. All three are open-sourced, developed by Facebook and designed for Facebook. This means that whilst they are strongly supported and maintained they are primarily geared towards Facebook's needs and concerns.

Why not use Apollo?

Well, my recommendation would be to use Apollo. It's flexible, easy to get started and most pertinent to this article, it's SSR ready. There is a nice article at How To GraphQL which explains the difference between Apollo, React and urql.

In summary Relay is very rigid and demands strict protocols to be followed. This is handy for Facebook so that amongst all their developers Relay is used consistently across the board. For developers starting out it can be a steep learning curve and for small applications is probably not worth the hassle. It also requires a strong coupling between the API and the client. That's not such a bad thing, but quite a departure from REST.

So for whatever reason, we're sticking with Relay and we're going to use vue-relay.

Although a front-end framework Relay demands that your GraphQL server implements a few things. You can read about these here. In short you must:

Note that you don't need to do these from scratch. Whichever language (Node.js, Python, Go, etc) you have used to implement your GraphQL server with, it's highly likely that implementations exist for supporting relay.

This guide assumes that you've got SSR in place, but you can't seem to hook it up with relay. If you don't already have SSR implemented then checkout out the Vue SSR Guide.

If you don't have a server then I've written a post on how to do it with AWS Lambda@Edge. 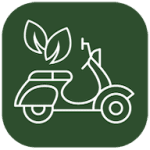 I also assume that you know how to use vue-relay. If you don't, first give the docs a read. Also read and re-read the Relay docs. Relay is so rigid that every last detail counts.

Not SSR specific, but worth a mention. When working with relay you need to compile your queries first with relay-compiler. Another reason why I would recommend Apollo, but it does help you fix up any mistakes in your schema and queries and if you're like me you make loads.

In order to run the compiler you need the API schema in a schema.graphl file accessible from your client side code. If your schema is defined in code, then you'll need to export the compiled schema. As an alternative the smart cookies at Prisma have developed a tool to introspect your GraphQL API and spit out the schema for you. Very convenient.

A good starting place is fetching the data. I'm going to use serverPrefetch which is available in components for Vue versions 2.6.0+. I recommend you do too, because implementing it yourself is cumbersome, but not impossible.

relay-runtime provides a fetchQuery method for manually querying your GraphQL API. fetchQuery requires the same things that the QueryRenderer requires. An environment, a query and some variables. So it would look something like this.

If you've followed the Relay Guide to setting up the Environment, then I'm going to make a few tweaks. We're going to define the Relay Environment within Vuex store.

We start with environment set to null and setup the cache using the QueryResponseCache constructor provided by relay-runtime. It will become clear why soon.

Next we define an init action. This will setup the environment using the cache. We will use Environment from relay-runtime which looks like this.

for the network part we supply a network layer using Network.create() again from relay-runtime. The things to note here are that instead of defining the cache in the global scope we reference the cache that we defined in the Vuex state.

The cache is important because we are going to populate it with the result from our GraphQL API. Then when hydration occurs on the client the QueryRenderer will retrieve the results from the cache.

Next, you'll notice that unlike the Relay documentation I have opted to use axios over fetch. This is because axios works on both the client and the server. You could use fetch if you used something like node-fetch on the server.

Then at the end we update the environment in our state

Now we need to update the props we pass to the QueryRenderer. Here is what it should look like in your template block.

Here is our entry point to our app for SSR.

Of note here is

Here we are calling the init action we defined just above to set up our Relay Environment.

Another reason to go for Apollo here. The QueryResponseCache that powers our cache is a Map. When we render the page we also need to pass the state of the application through. The state is simply serialized with JSON.stringify. But you can't serialize a Map. Fortunately for the cache key we use the query and variables as a string. So we can convert this Map to an Object, update the store.state and set the context.state.

Finally we're going to tie it all together in the hydration step. On the entry point of our application, if we're hydrating a rendered page we need to update our Vuex store to match. Normally this is straight-forward but recall that we just butchered the cache in order to serialize it. Now we need to convert it back to a Map.

If there is a window.__INITIAL_STATE__ we do the following to convert the _responses Object back to a Map.

Then we override the Vuex state, initialize the cache and update the cache._responses with the Map we just created.

Then finally call the init action to set up the Relay Environment.

As this is a simplified application, if yours is more complex you need to ensure that the init action doesn't undo the work of SSR by resetting anything that was set with store.replaceState. You can do this by specifying this in a separate action and dispatching on the client only for example.

How to Build a blog using Strapi, Nuxt (Vue) and Apollo

Thanks for keeping DEV Community safe. Here is what you can do to flag divporter:

Unflagging divporter will restore default visibility to their posts.