There is no better way to build in Python than by using an IDE (Integrated Development Environment). They not only make your work much easier as well as logical; they also enhance the coding experience and efficiency.

Sure, everyone knows this. However, the problem is, how do you pick the best environment for Python development when there are so many options? This often becomes an issue that beginner developers have to face.

In this article, we’ll provide an overview of the best IDEs for Python that are popular among coders and a few other options that are worth considering. But before we delve into it, let’s first explain what an IDE means.

What is an IDE, and Why Do You Need It?

An Integrated Development Environment is a software package that developers use to create programs. It’s meant to maximize a programmer’s productivity by incorporating closely related components with simple user interfaces. Essentially, it’s a tool that improves the process of creating, testing, and debugging source code — it makes the job easier.

Some of the tools IDEs use include:

What Is a Code Editor?

A code editor is just a text editor that highlights the  syntax and formats the code. Advanced code editors can develop and modify code.

What qualities do both IDEs and code editors share? They enable developers to:

The Most Popular IDEs Among Python Developers

Now that you have a basic understanding of development tools, including the qualities they possess, we can take a closer look at several favored examples. 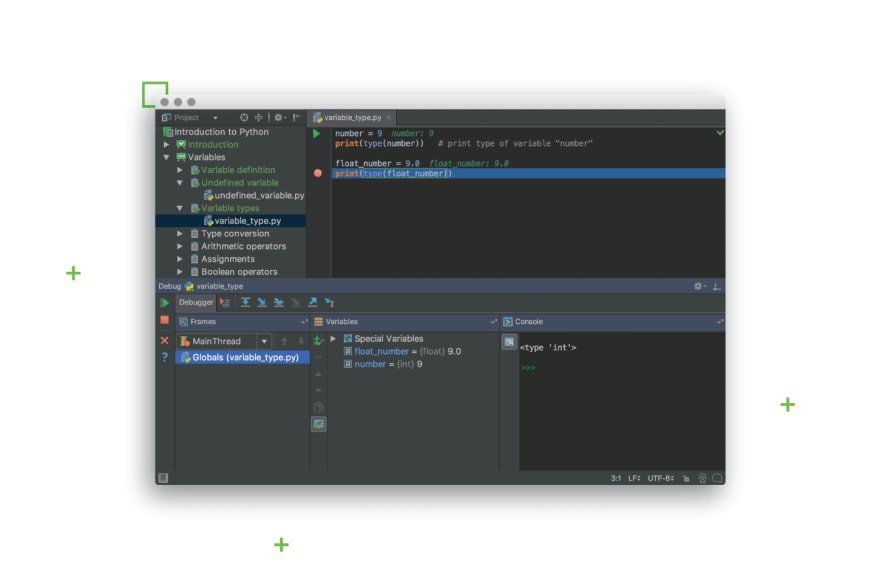 PyCharm was developed by JetBrains, a notable software development company. It is considered one of the best IDEs for Python when it comes to AI and ML. Most importantly, Pycharm merges its libraries – like Matplotlib and NumPy – to enable developers to explore other options for work. 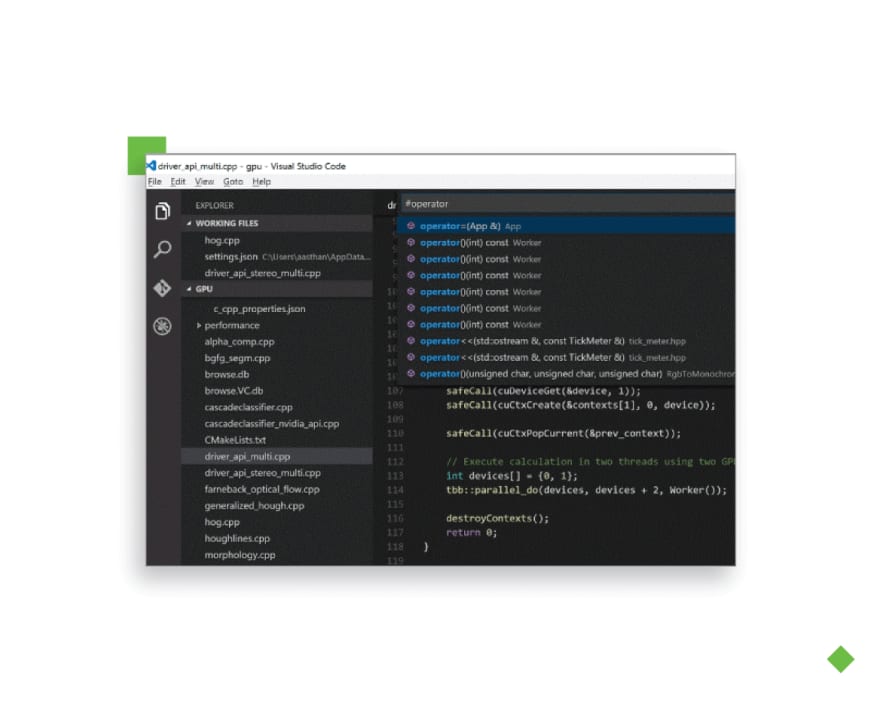 Visual Studio Code is sometimes mistaken for Visual Studio IDE, which isn’t a common tool in the Python world. VS Code is a complete code editor with premium features and many coders say it’s the best IDE editor out there. 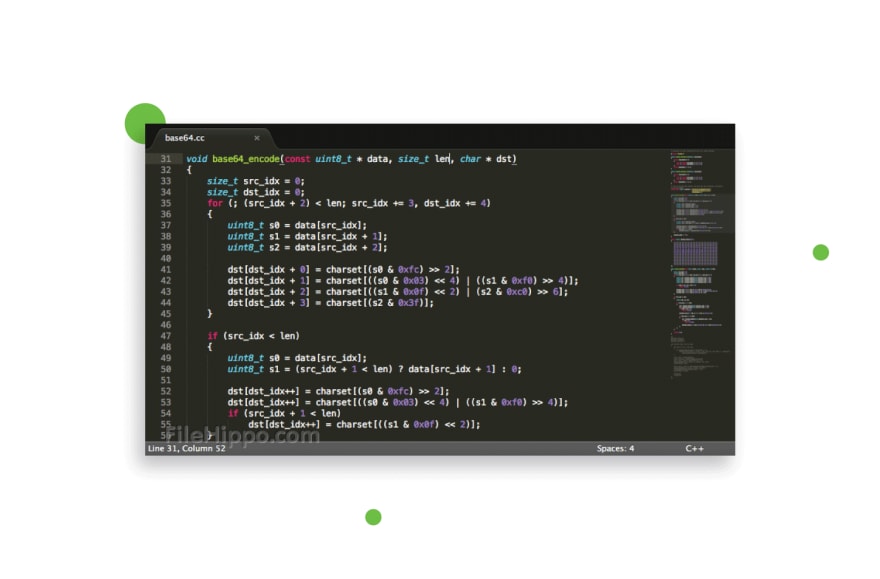 Sublime Text can be considered the best Python editor because it's simple, universal, and convenient. It’s widely used by most coders, and across different platforms. 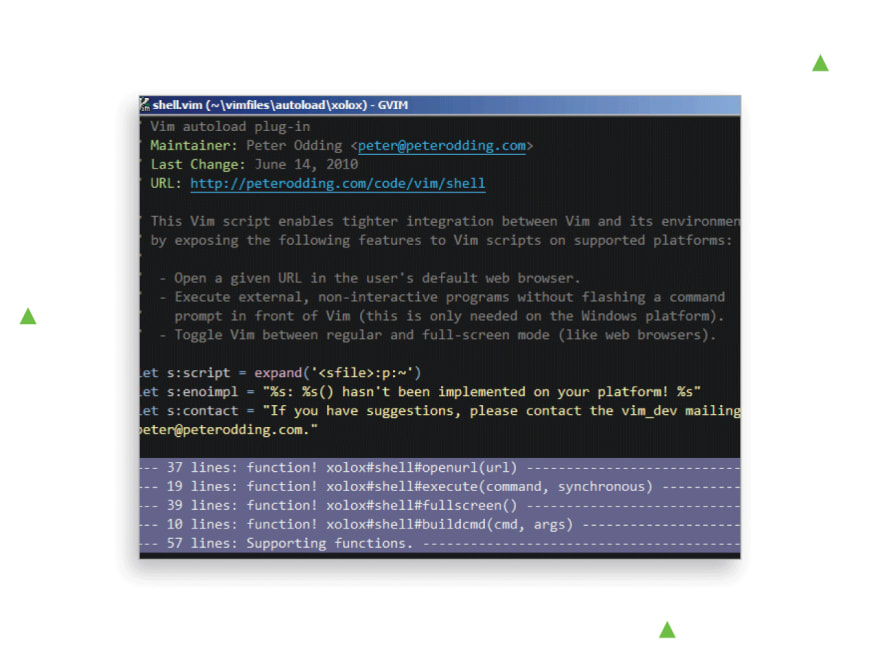 Vim is amongst the top 5 in our list of the best IDE tools for Python. It is a modal editor that splits file viewing from file editing. It’s a huge step ahead of the initial Vi, with more powerful features. 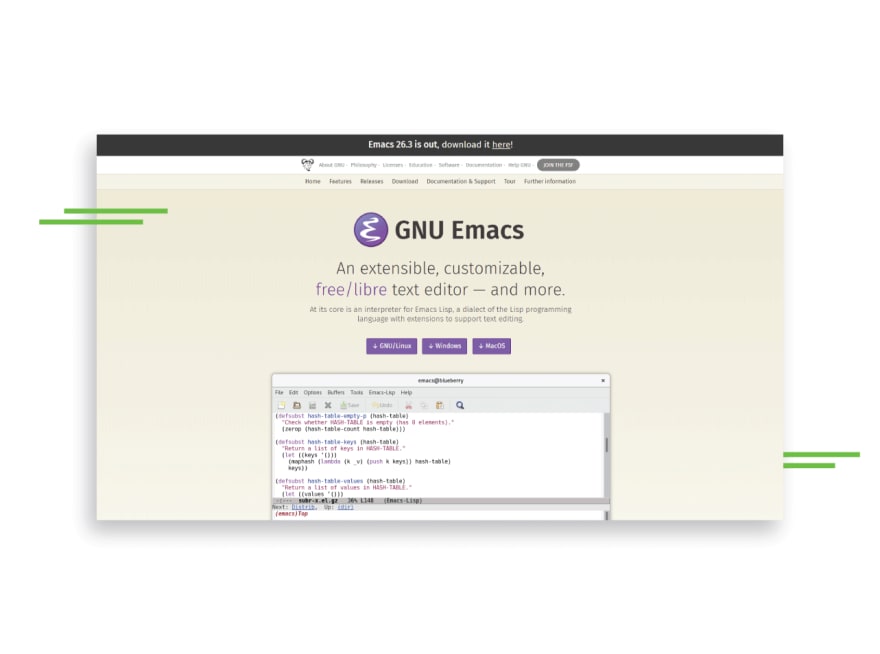 GNU Emacs also competes for the title of the best Python editor. It’s often described as an extendable, self-documenting editor with an on-the-go display. Though not entirely new in the industry, Emacs is constantly upgraded to meet developers’ needs. 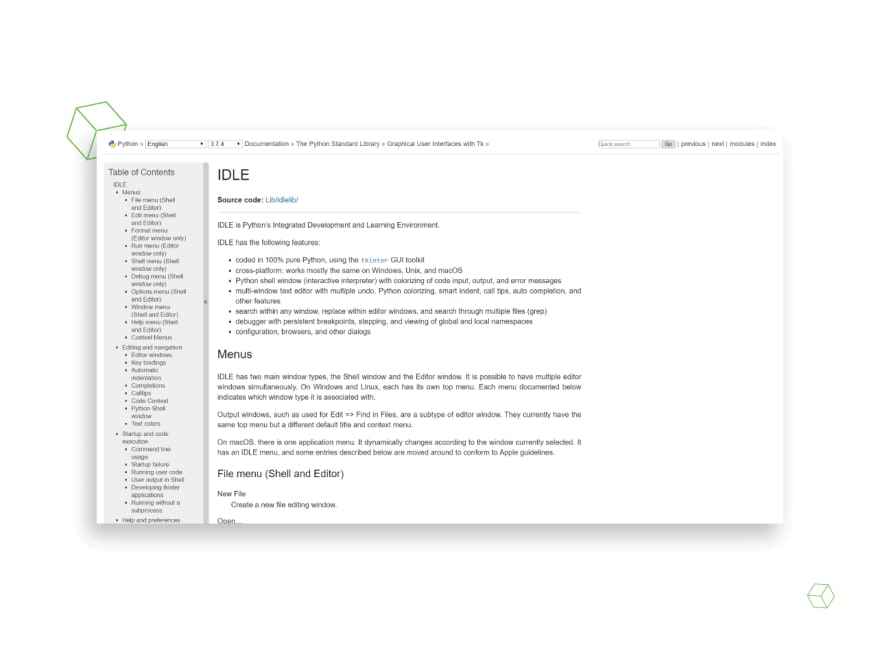 IDLE code editor is popular among students, as it is supplied together with Python. It's simple to work with, universal, and supports different devices. It’s no wonder they call it a disposable IDE, as it helps to learn the basics before moving on to more sophisticated tools.

Python is one of the go-to languages in machine learning, artificial intelligence, big data, and related fields. We’d like to dedicate a separate section to IDEs that are suitable for Python development in these areas. 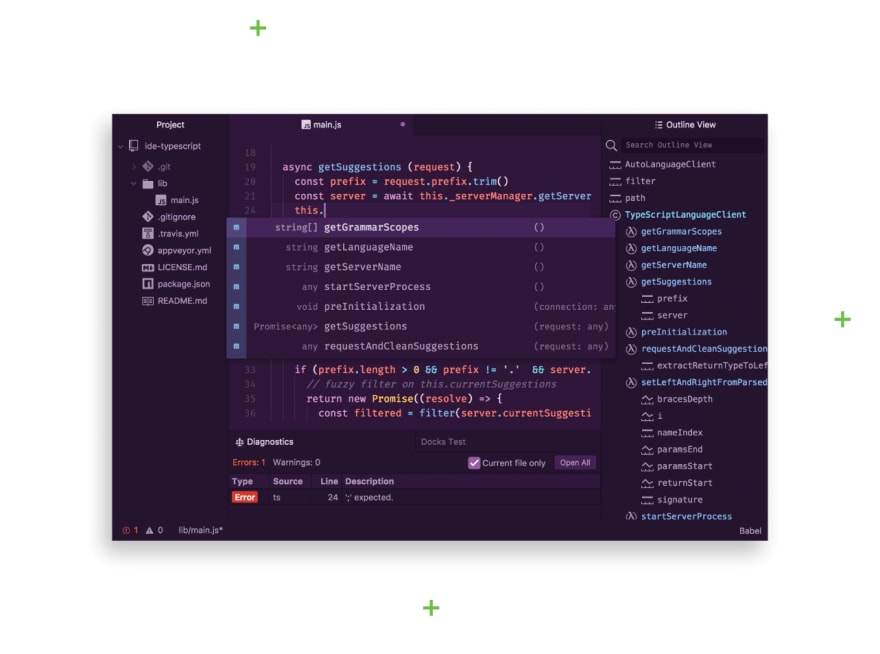 Atom is an open-source editor that’s compatible with virtually every programming language like PHP, Java, etc. It is regularly updated, reliable, and can be used universally. Github built Atom with powerful features that offer a good programming experience, including plugins, such as Packages — for SQL queries, Markdown Preview Plus — for editing, visualizing, and rendering LaTeX expressions. 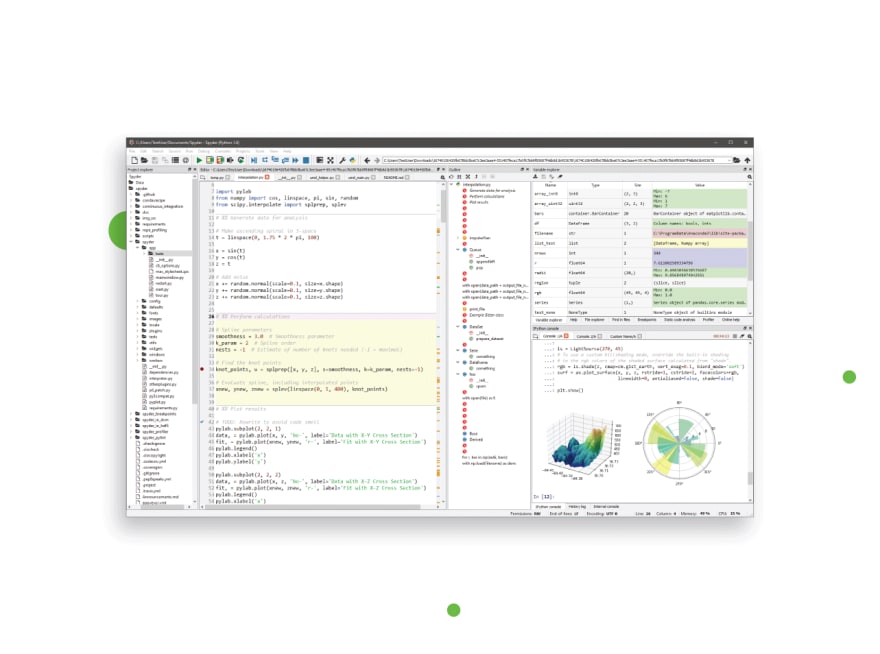 Spyder is created explicitly for data science. It’s open-source and compatible with numerous platforms making it a better choice for beginner IDE users. It merges its key libraries – like NumPy, Matplotlib, and SciPy – for perfect development. 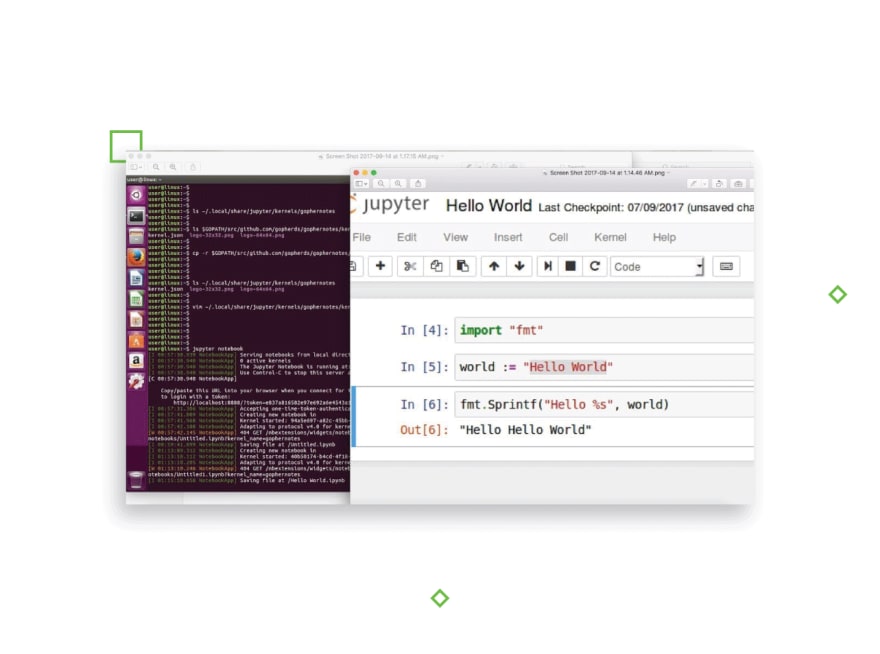 Jupyter is web-based and enables developers to build and operate scripts or notebooks. It is relatively simpler and more user-friendly. Jupyter also uses Seaborn and Matplotlib for data visualization.

Other IDEs for Python Development

Here are a few more IDEs that are less known or less popular, but are still worth considering. 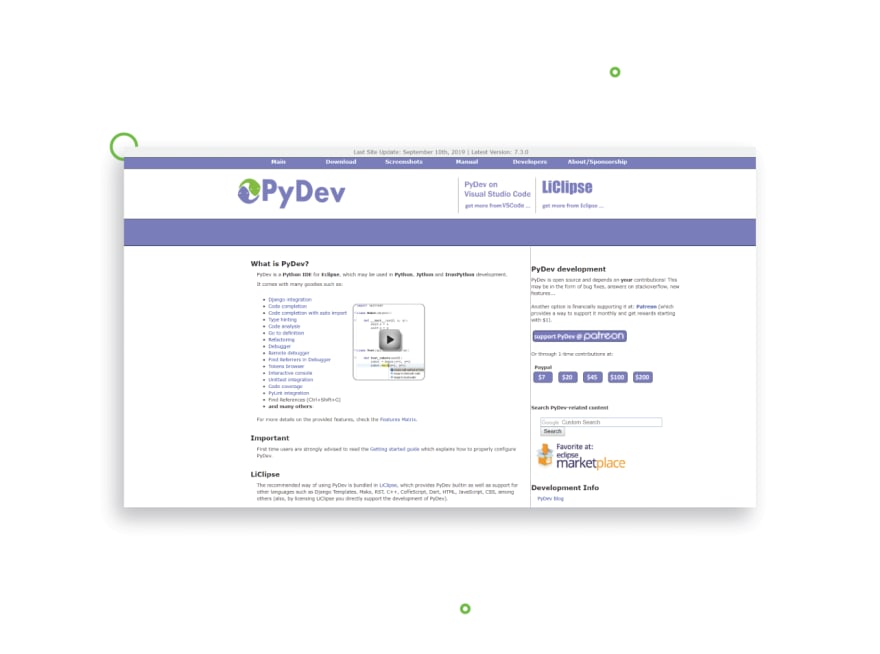 Eclipse is an open-source editor and one of the go-to Python IDEs for Windows. Its collection of extensions and plugins is very extensive and enough to build almost anything you want. Along with the PyDev extension, it allows for smart debugging and improves the code quality. 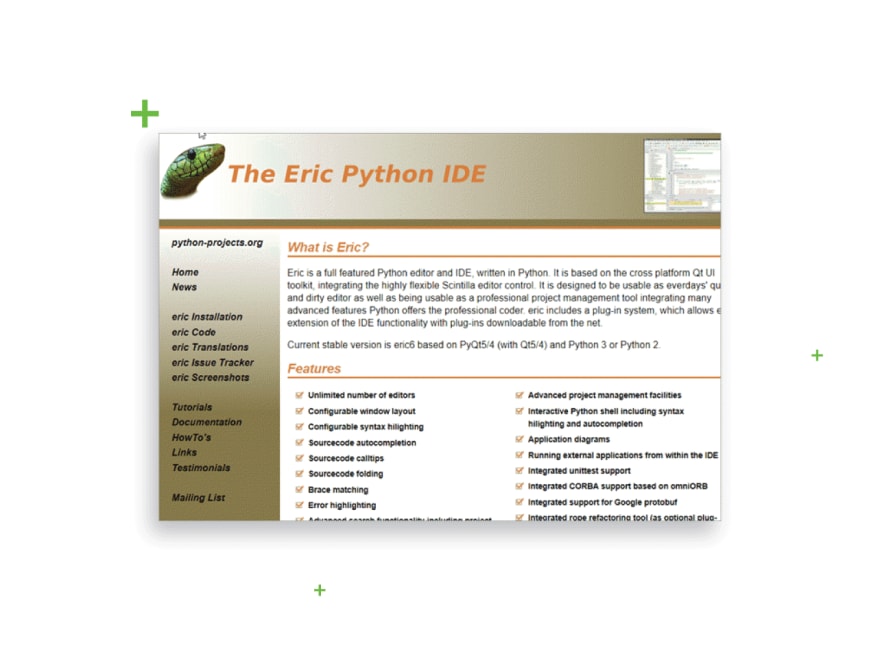 Eric is another less popular Python IDE, but it is still powerful and efficient. Whether it’s for commercial or private use, Eric offers a dimension of functionality that suits multiple purposes. It runs on all platforms. 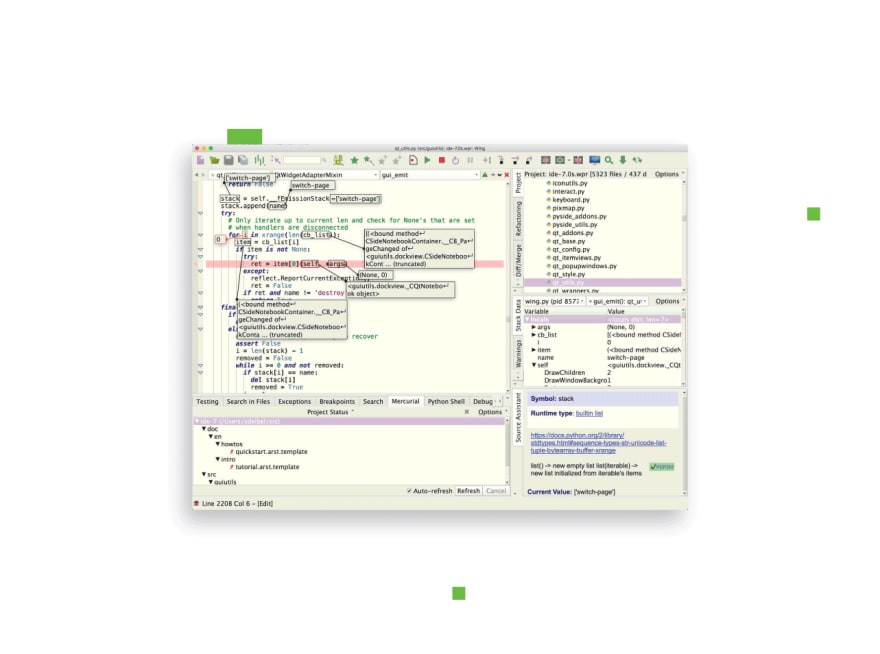 Wing is a notable IDE for Python that helps with smart coding. With its simple-to-use editor, a powerful debugger, the possibility for remote coding, error-checking and many other features, it’s worth your attention, even though it's not at the top of any popularity charts. 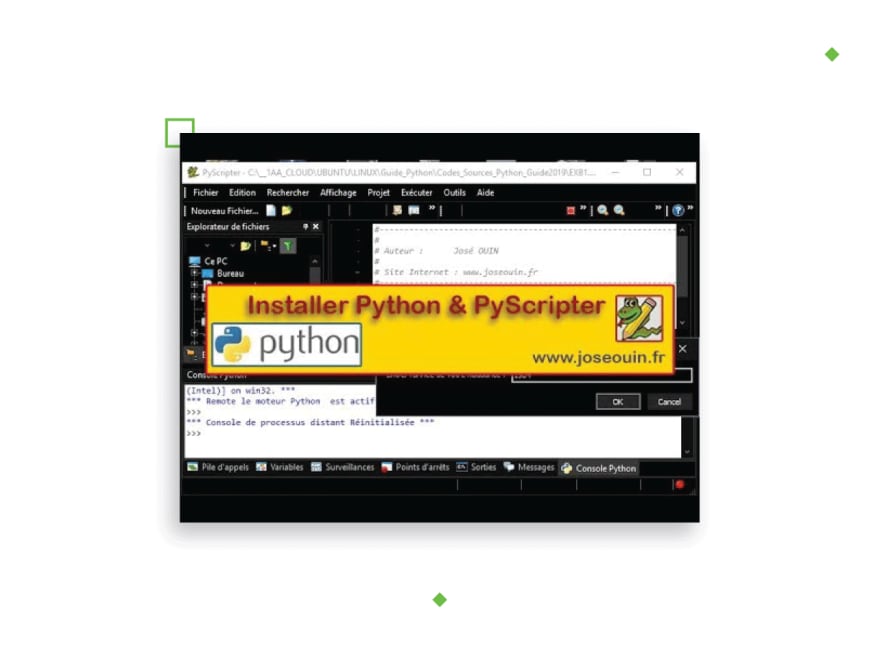 PyScripter aims to beat other Python IDEs for Windows with its superb functionality. It’s also a great Python IDE for Mac, with its commercial version available for most programming languages. PyScripter has a rich feature set, but despite that, it’s pretty lightweight. 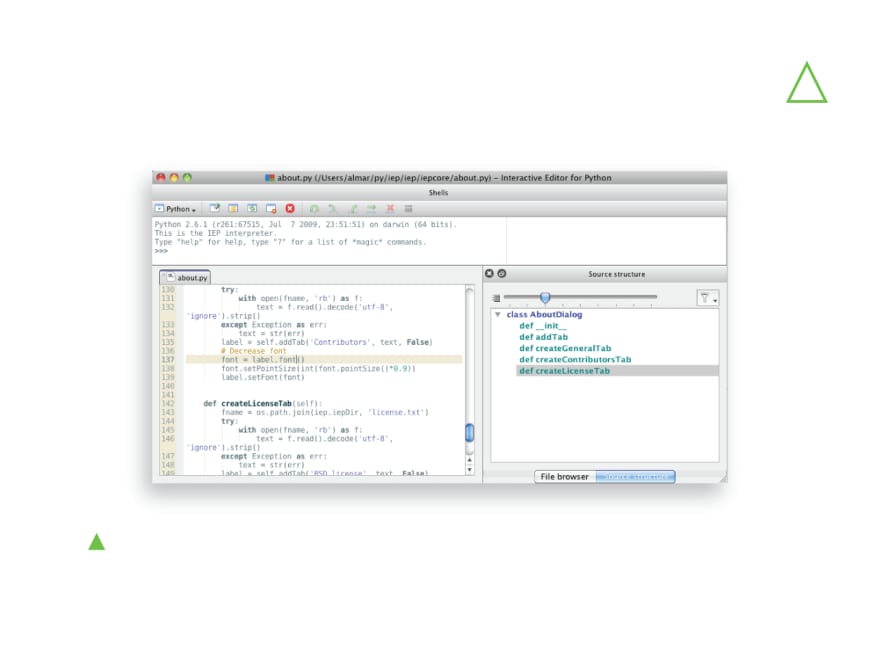 Pyzo is a free open-source coding tool that will work with any Python interpreter, even the Conda environment. Two of its standout features are simplicity and interactivity. It’s easy to use, even for beginners. 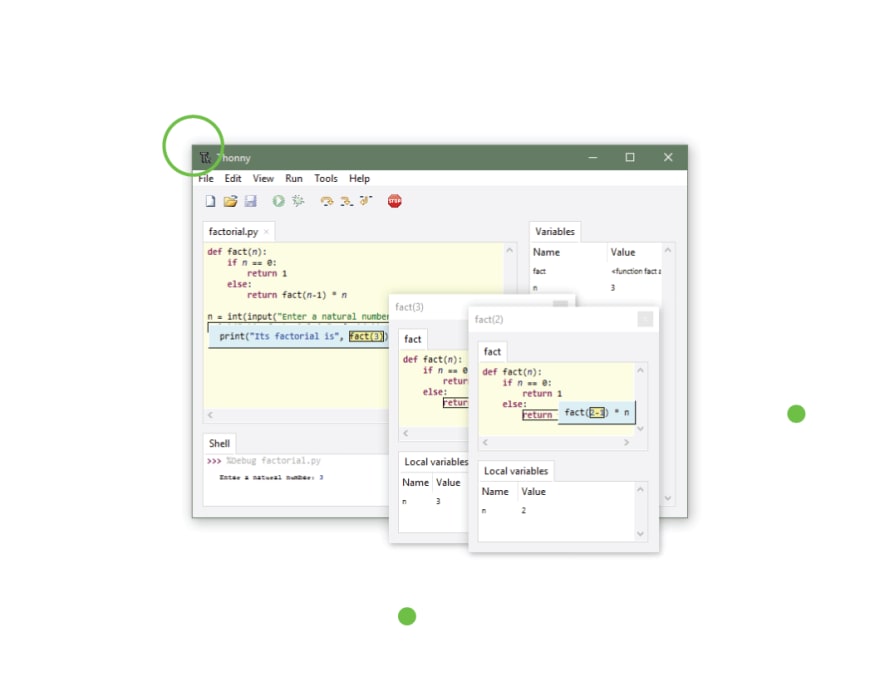 Thonny was developed by the University of Tartu with a beginner programmer in mind. It’s easy to start using since its interface doesn’t have any complicated or distracting features from the get-go. Another perk for beginners is that you can see step by step how Python evaluates your expressions.

We have reviewed a rich collection of the best Python IDEs and other tools. Deciding on which tool to use is a matter of convenience and one’s proficiency level. Of course, there are all-time favorites like PyCharm, but you can always try out a few other tools and see which ones work best for you.

Some IDEs are better for beginners, while others are more professional; each of them has its unique features and design. We’ve put together this list to give you a variety to choose from.

This article about the best IDEs for Python was originally posted on Django Stars blog.

I made a tool for looking up ANSI color code