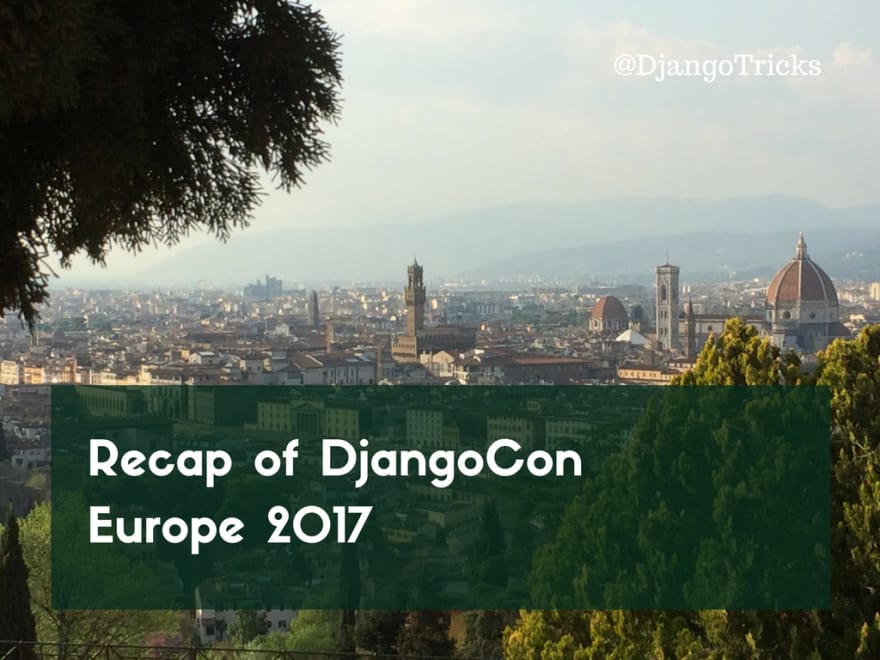 "DjangoCon, why is everybody wearing this t-shirt?" wondered the security guys in the airport of Florence, Italy, in the beginning of April. The reason for that was DjangoCon Europe 2017 happening there for a week, full of interesting talks in an exciting location.

What I liked, was that the conference was not only about technical novelties in Django world, but also about human issues that programmers deal with in everyday life.

According to a manifest, the conference had a goal to strengthen the Django community and to shape responsible attitude towards the works done with Django.

We have to build stronger communities including everyone who wants to participate without discrimination. Although, at first, it might be difficult as people have biases, i.e. prejudices for or against one person or group; by being emphatic we can accept and include everyone no matter what is their gender identity or expression, sexual orientation, ethnicity, race, neurodiversity, age, religion, disabilities, geographical location, food diversities, body size, or family status.

Valuing diversity and individual differences is the key for a healthy, positive and successful community, that empowers its members and helps them grow stronger and happier.

Responsibility for How We Use Technology

Information technology companies (Apple, Alphabet, Microsoft, Amazon, and Facebook) are among the most traded companies in the world. IT connects people and their things, automates processes, stores and treats historical data. Usually you don't need many physical resources to start an IT business. Software developers have a power to shape the future, but should use this power responsibly:

From the technical point of view, I liked several ideas mentioned in the conference:

What about Third Party Django Packages

What about Django Projects

Finally, thanks to the organizers for making this conference as great as it was. The city was beautiful, the food and coffee was delicious, the location for the talks was impressive. Looking forward to the next DjangoCon Europe!