When I was writing the tutorial on Setting up Tailwind with Purgecss I was running into an issue where my Vue.js computed styles were getting purged by Purgecss. I was having a hell of a time and hat tip to @adamwathan, the creator of Tailwind, for pointing me in the right direction. 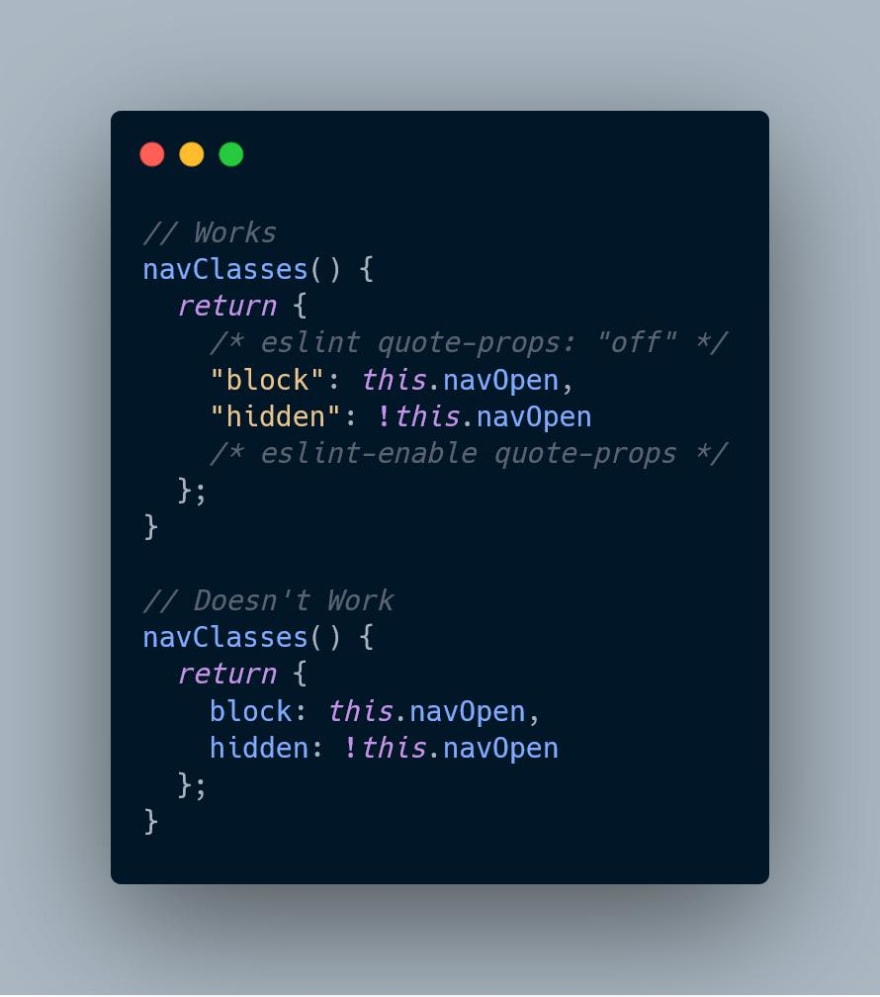 Any idea why computed properties need to be in quotes to not get purged? @adamwathan? I'd love to be able to not have to use quotes here.

When considering the "default" extractor for Tailwind /[A-Za-z0-9-_:/]+/ it would absolute make sense that hidden: would be considered a valid class name. Unfortunately if hidden: is the only place that our hidden class name appears then the class name that we really want hidden will no longer be in our CSS file.

Playing around with the RegEx and my Vue files I was able to adjust my RegEx to use the \b meta character on both the beginning and end of the RegEx.

This has worked perfectly for me as I do not use any special characters to start or end my CSS classes and I do not see any cases where Tailwind does either. So now in my computed properties the RegEx finds only hidden and not hidden:.

Once suspended, drewtownchi will not be able to comment or publish posts until their suspension is removed.

Once unsuspended, drewtownchi will be able to comment and publish posts again.

Once unpublished, all posts by drewtownchi will become hidden and only accessible to themselves.

If drewtownchi is not suspended, they can still re-publish their posts from their dashboard.

Once unpublished, this post will become invisible to the public and only accessible to Drew Town.

Thanks for keeping DEV Community 👩‍💻👨‍💻 safe. Here is what you can do to flag drewtownchi:

Unflagging drewtownchi will restore default visibility to their posts.