Try out the Spendr live demo.
The source code can be viewed on the Spendr GitHub repository.
To see the rest of my portfolio, visit my portfolio website. 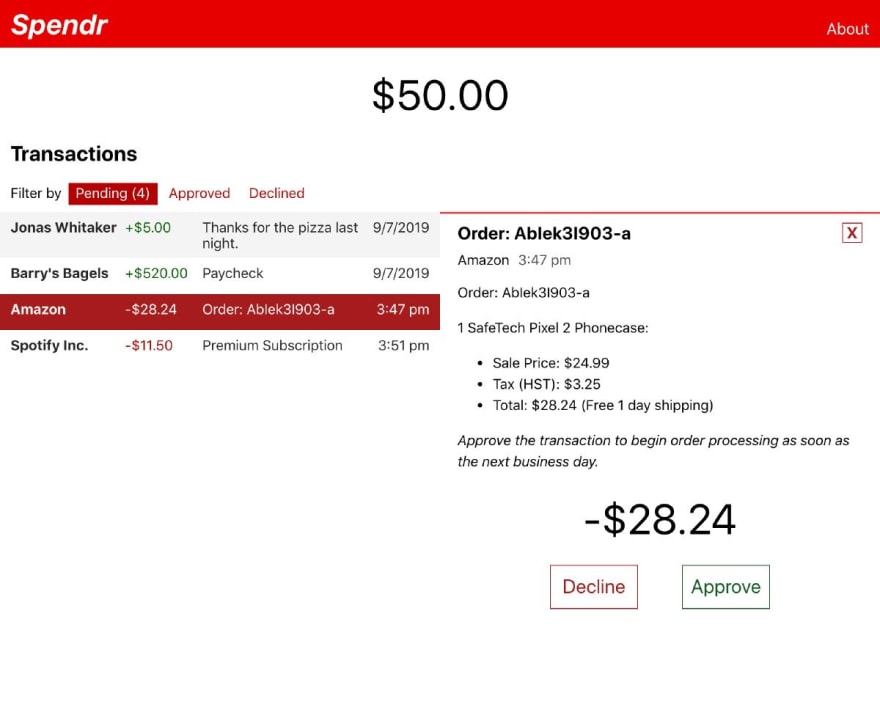 This project served one purpose: Demonstrate for employers my competency with React and Redux. I think it achieves that purpose, but I will follow it up with another React project.

While the subject of the site is a new approach to online banking (one that attempts to reduce spending frequency by requiring explicit approval of each transaction before the transaction is processed) my focus is more on the execution and technique of creating the website.

I'd like to call attention to a few noteworthy parts:

The visual appearance looks nice, in my opinion, and the design is clean and simple, which I think delivers the information well. 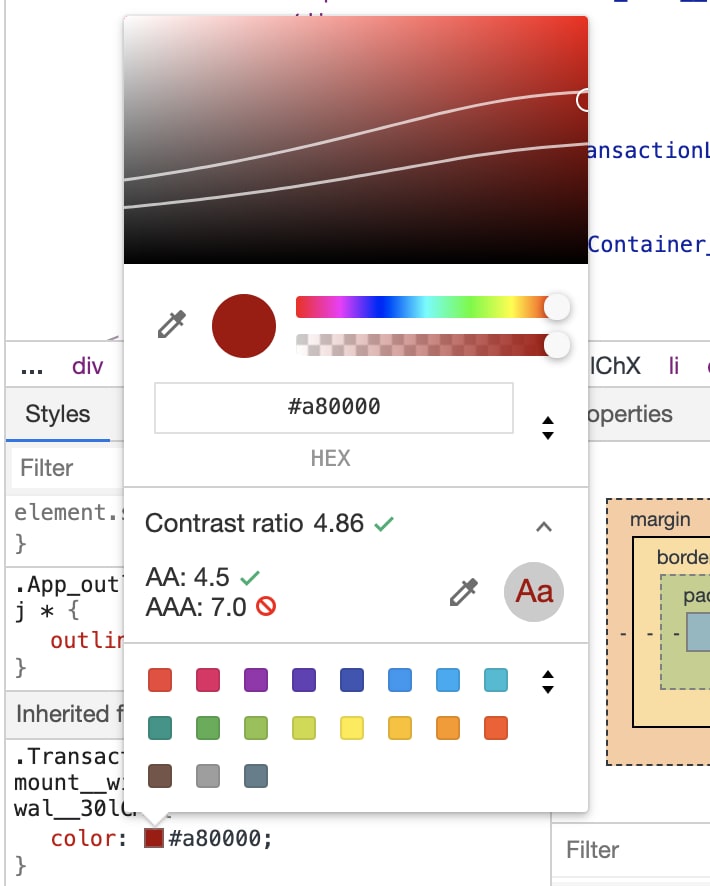 When I first tried using screen reader software on Spendr I found out it was impossible to understand. After a day of learning to use Google Chrome's Vox screen reader extension, and making plenty of changes to my HTML structure and employed ARIA attributes, I finally created what I think is a screen reader capable site. Below is a video demonstration of myself using a screen reader to navigate the Spendr site.

A lingering question I have regarding Redux is: What state do you leave out of Redux?

The issue I ran into was in trying to manipulate the DOM, such as focusing specific elements, but not having sufficient information in my Redux state to do what I wanted. I didn't want to put that information into Redux, and so stored it other places.

But the question remains, what application state (like interface state) do you leave out of Redux?

I think I will become better able to answer that question as I gain more experience with React and Redux.

Try out the Spendr live demo.
The source code can be viewed on the Spendr GitHub repository.
To see the rest of my portfolio, visit my portfolio website.

How to add script tag to React/JSX

Once suspended, dyllandry will not be able to comment or publish posts until their suspension is removed.

Once unsuspended, dyllandry will be able to comment and publish posts again.

Once unpublished, all posts by dyllandry will become hidden and only accessible to themselves.

If dyllandry is not suspended, they can still re-publish their posts from their dashboard.

Once unpublished, this post will become invisible to the public and only accessible to Dylan Landry.

Thanks for keeping DEV Community safe. Here is what you can do to flag dyllandry:

Unflagging dyllandry will restore default visibility to their posts.