Artificial intelligence (AI) and machine learning (ML) technologies are known for their Big Data solutions for many industries, including finance, transportation, government, and beyond. These technologies are on the rise and continue to change our world in unprecedented ways.

A lesser explored facet of AI, however, is its uses in the arts and social justice spaces. Machine learning technologies are being used by artists, creators, musicians, and social justice advocates around the world to create innovative projects and experiments.

Today, we will explore 6 creative projects and discuss how the fields of the arts and computer science intersect. If you are a developer or machine learning engineer, I hope this article inspires you to think broadly about the uses of your engineering skills.

Arts versus the sciences: myth or fact?

The fields of art and the sciences have been separated for a long time, even considered to be opposites. In the past years, however, the black and white difference between these two fields had begun to blur. In many ways, they are joining back together.

Computer science is branching off into more creative spaces. Meanwhile, the fine arts, namely design principles, are becoming increasingly essential for top-notch technology. It’s important to break down these barrier and see how the arts and sciences are deeply connected and most powerful when united as a single force.

One of these junctions is where the Arts and Machine Learning meet. In recent years, the arts have been adapting to the rise of machine learning technologies. The accessibility of ML frameworks, such as Google Deep Dream system, Sony’s Flow Machines, and neural networks models, have united methods in the arts and ML engineering.

With that in mind, let’s dive into 6 creative projects that artists have created using ML principles, technologies, and frameworks.

A powerful study with Stanford demonstrates that virtual reality can make people more compassionate. Stanford's study shows that VR changes our attitudes and motivates us towards positive social behaviors, such as donating, volunteering, and cooperating with others.

These Stanford researchers developed a 7-minute virtual reality experience called “Becoming Homeless”, in which a a participant is guided through a narrative of common scenarios faced by homeless individuals. They were able to experience them through their own eyes, such as losing a job, selling home items to pay rent, etc. 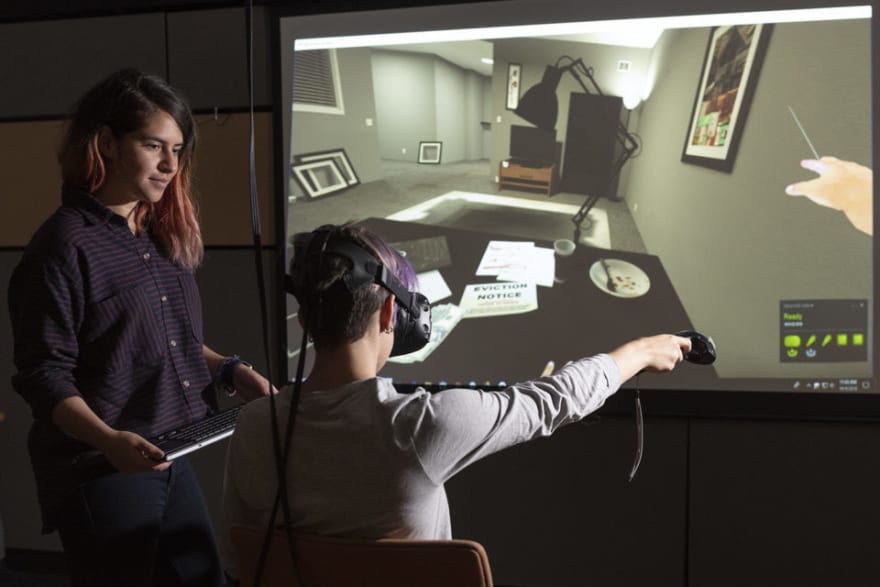 Another group of participants were told to read the same narrative that asked them to imagine being homeless. Stanford researchers found that the participants who experienced the VR became more empathetic toward the homeless. Both groups were then given the change to sign a petition in support of affordable housing,

These findings show that VR technologies, made possible by machine learning, teach us empathy and motivate us to aid others. Stanford plans to continue this research, especially after an overwhelming positive feedback from the participants, who deeply valued the experienced.

Apple has collaborated with the New Museum on a new Augmented Reality experiment that transforms six cities into live, interactive museum. The New Museum worked with a group of talented artists to help choreograph a guided walking tour that includes hands-on activities and interactions with public spaces using AR technologies. Participants can hold up devices to a their city and be taken through an "AR portal" into a new, art-filled world. 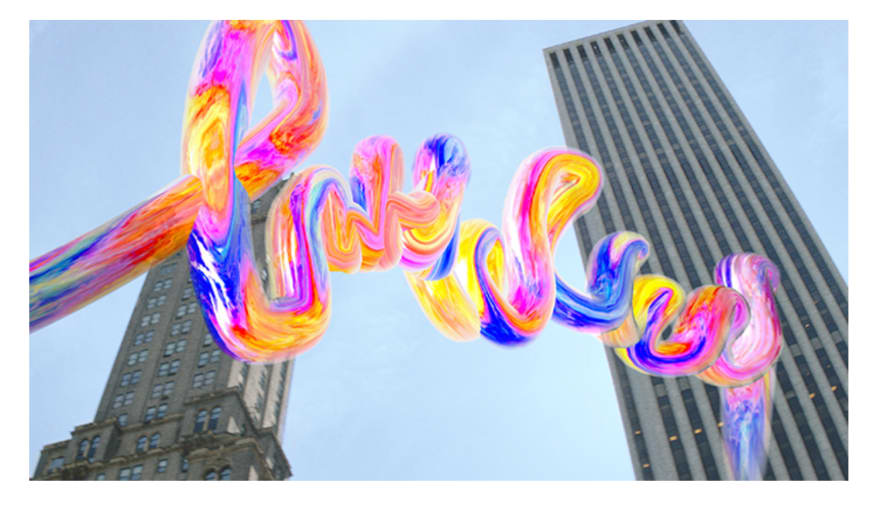 Another project by Sarah Rothberg used Swift Playgrounds to teach users about AR experiences and the [AR]T Lab. This experience allows a user to interactive with colorful objects and immersive sounds as they lear about AR technologies.

OpenAI is an AI research lab founded by Elon Musk, which the goal of continuing ethical AI research. Recently, the lab developed an AI system that generates text, including news reports and poetry. A user inputs words into a system, called GPT-2, and it outputs a poem based on a powerful algorithm.

This AI system was trained on text from the internet and a large corpus of poems. It utilizes basic unsupervised learning algorithms to predict the next words of the passage and creates a complete poem. Within its limits, the system can generate interesting, even beautiful, poetry. This technology is made possible by Cloud TPUs from Google's TensorFlow Research Cloud.

This technology was even used to test how well an AI system can read human text. OpenAI has been used to test the capabilities of GPT-2 using the Winograd schema test, and it can now solve these tests with 63.7% accuracy. Take a look at this poem that GPT-2 wrote, thanks to researcher Gwern Branwen. 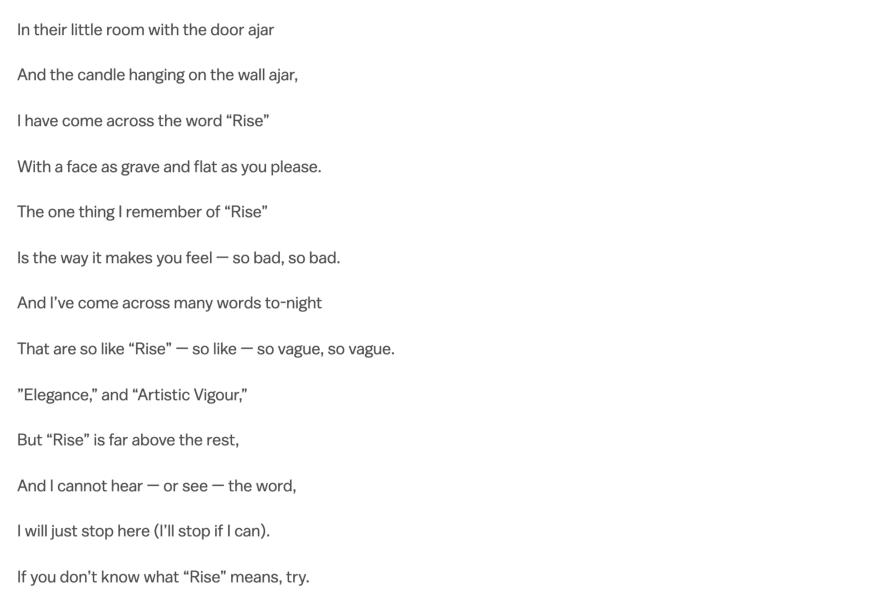 4. Learn empathy through VR: The Library of Ourselves

The Library of Ourselves is an interdisciplinary project that hopes to mediate conversations about communities in conflict as it pertains to migration and marginalization. The creators developed a VR experiences, by which a participant can inhabit another person's body. The experiences are created and filmed by families around the world.

They create a grassroots narrative of their cultures and communities, depicting the struggles and joys of their social world. Participants, wearing VR set, are they guided through this immersive story as actors interact with the participants according to the actions of the films.
This allows an audience to deeply interact with the day-to-day lives of others. 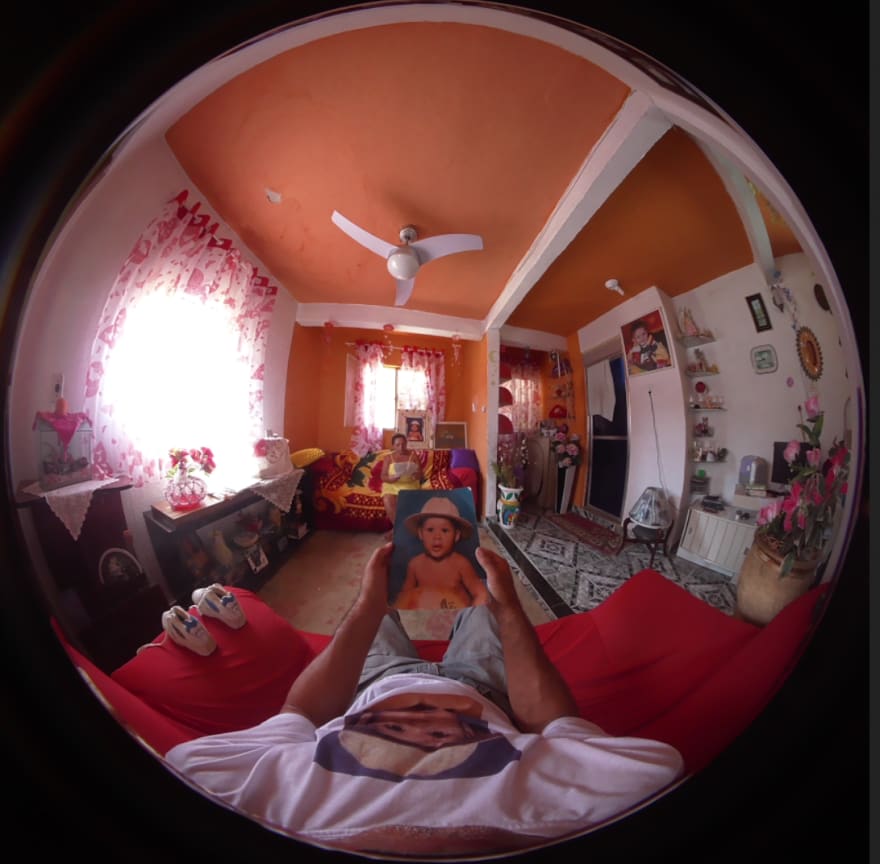 The Library of Ourselves is celebrates for taking machine learning technologies to the next level of interconnection and intercultural healing through empathy. It is a kind of methodology that can be applied to conflicts of any kind, empowering both the storytellers and the participants.

This experiences was built using The Machine to Be Another (TMBA). This is part of the Creative Commons system, which aims to blend the value of cognitive science and VR technologies tp create powerful, empathy-driven experiences.

The history of Harlem during its renaissance in the 1920s and 1930s is a history often overlooked in American history books. But Bryan Carter$^5$ is fixing that problem by recreating 1920s Harlem in AR. Carter has reconstructed iconic buildings from the era, allowing visitors to experience the through an AR "portal". This powerful tool has reignited history in a way that's never been possible before. 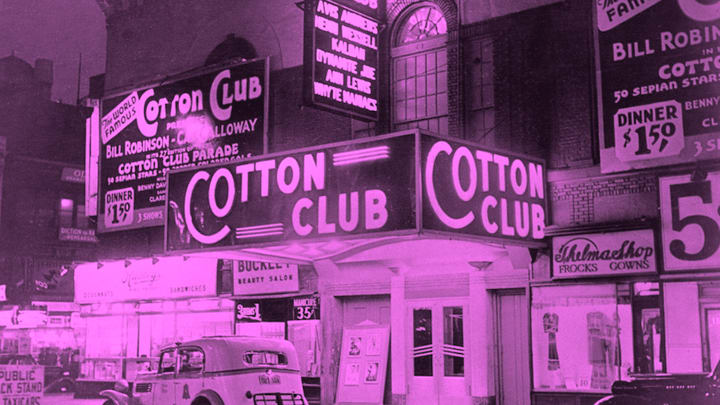 This powerful project has shown a unique capacity of AI and ML technologies to reclaim vibrant histories and interact with untold stories in a way we cannot otherwise. AI and social justice here unite to reach beyond the traditional fields of computer science. This true disciplinary collaboration unites humanities, the arts, and AI technologies to reignite Black histories and draw attention to the value of Black artists and creators.

AI technologies opened a new door for photography and painting: mixed images with AI. These AI platforms are a collaborative art tool to discover and create new images based on the concept of "children" image that are made from other, user-generated mixes.

Artbreeder, for example, is a powerful tool for creators to generate inspiring images based on collaborative, children images. It can create portraits, album covers, landscapes, and more. Artbreeder is based on the Generative Adversarial Networks and the BigGAN models. This form of deep learning has been used in other programs like Artbreeder, like Google's well known Deep Dream Generator. Artists flout this technology as new, unique tools for creators.

Artbreeder is another example of how open source, collaborative programs are vital for innovation. These projects allow artists and programmers alike to create art of the future.

From these examples, we can see how technology is additive to the arts, not a replacement. Technology and art have always been closely intertwined and depended on each other. Machine learning engages cognitive aspects of problem solving, empathy, and human connection that we miss without these powerful tools.

AI and ML have great capacity for social justice, as demonstrated by some of these examples, and for transforming the field of art for the better. If you are a developer, explore other facets of your skills through the arts. And if you are an artists, consider how technologies like these can forge a new future together.

The barrier between the arts and science is breaking. We are all perhaps far more connected than we think.