Front-end frameworks define modern web development work due to the capabilities of their simple yet powerful components. Angular 2+ stands out from other frameworks by offering developers the most control over every detail of their app.

While more difficult to pick up than React, Angular's extensive tools and advanced features have made it a favorite for companies like Google and Amazon.

Today, we’ll help you get started with Angular, break down the essential elements of any Angular app, and walk you through Angular installation.

Master Angular 2+ in half the time

A Hands-on Guide to Angular 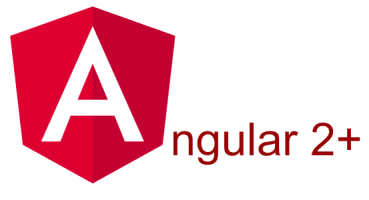 Angular 2+ is a TypeScript framework used to build client-side applications with CSS, HTML, and TS. The primary building block of any Angular application are components with collections of code to execute specific behaviors.

Angular lets you use HTML as a template language and extend HTML's syntax as you build components. Angular apps work by reading the HTML of a page and interpreting the attributes as directives to bind the page to a model based on standard TypeScript variables.

Angular is beloved by frontend developers because it streamlined app creation with ready to use packages for common services, preview browser templates of code, back-end integration, and features like expressive HTML.

While not as beginner-friendly as other frameworks, Angular is the most mature front-end framework on the market with years of complete packages for you to take advantage of.

Angular's user base is still growing and has been long adopted by companies like Google and Amazon. As more companies move from Angular.js to Angular 2+ each day, 2021 is a great time to join the Angular community.

The main competitor to Angular is Facebook's React framework. Each has its own advantages, disadvantages, and different design philosophies that define when they're used. Let's break down the primary differences to see where Angular shines.

React is designed to be lightweight and beginner-friendly but lacks the in-depth control possible with Angular.

Angular is built with the opposite of React: maximize control at the cost of beginner-friendliness.

Once you master Angular, you have the tools to control and fine-tune every aspect of your app in a way you couldn't with React.

For more on the differences between Angular and top frameworks Vue and React, see our previous article: Angular vs Vue vs React: choosing the best framework in 2020

Getting familiar with Angular elements

To understand Angular, you need to break down an application into its different elements and understand how they interact.

Angular apps have collections of alike components called Modules. Components are a special type of Directive that decides the behavior of a particular UI element. Components reference each other and back-end resources using connectors called Services.

Finally, all this code is automatically displayed in real-time from Model to View components using Data Binding.

Modules are containers of similar components, directives, and pipes that all relate to the same functionality. These modules can be imported and exported all at once, allowing for easy reuse across the app. Each component can only be a part of one module.

Think of Modules as a hybrid between classes and containers.

Here's an example of an Angular Module:

Components are the most basic building block for any Angular application. Each component controls a section of the user interface called a view.

These components can have dynamic elements defined in the component's class that respond to events like clicks or hovering over.

Components are updated, created, and destroyed as the user navigates through the application.

Directives extend the behavior of any HTML element. The behavior is often things like a change in layout or appearance. Apart from Components, there are two other main types of directives.

These directives help us extend the behavior or appearance of the elements inside the template. The most commonly used attribute directive is NgStyle, which allows you to change the style of several elements at once.

The commonly used structural directives are *ngFor and *ngIf.

Components need Services to fetch data to display. This data can be directly from the backend or another unrelated component. You can think of services as the couriers that connect components to their data source.

Services use Angular's dependency injection system to track which classes (export class) depend on which data sources (providedIn).

Learn the Angular 2+ skills you'll need at your next interview. Educative's text-based courses are easy to skim and give you live, hands-on practice with today's most demanded skills.

A Hands-on Guide to Angular

Before you get started, you'll need to use the command line to install Angular. You'll also need an updated version of Node.js and npm package manager.

First, install the Angular CLI by entering the following command into your terminal window:

The CLI allows you to create projects, generate application/library code, and implement tasks like testing and deployment.

Next, you'll need to create an Angular workspace and initial application.

In your terminal, enter the CLI command:

You'll be prompted to enter information about the new app, but for now, simply accept the defaults.
Finally, find the newly created workspace folder my-app and run these commands:

This will set up a responsive local app server and open it in your browser to localhost:4200. The webpage will provide several resources to continue learning or options like + New Component that will get you developing.

Congratulations on completing your first step towards mastering Angular 2+. Now that you know the basic components, you’re ready to move onto more advanced concepts and build your first app. The next steps to continue your learning are:

To help you learn Angular 2+, Educative has created A Hands-on Guide to Angular. This course takes you from beginner to advanced concepts with tons of hands-on examples and interactive demonstrations. In the final sections, you'll use your skills to build your own e-commerce app to put in your portfolio.

By the end of the course, you'll have the skills to build efficient and responsive Angular applications sure to impress any interviewer.