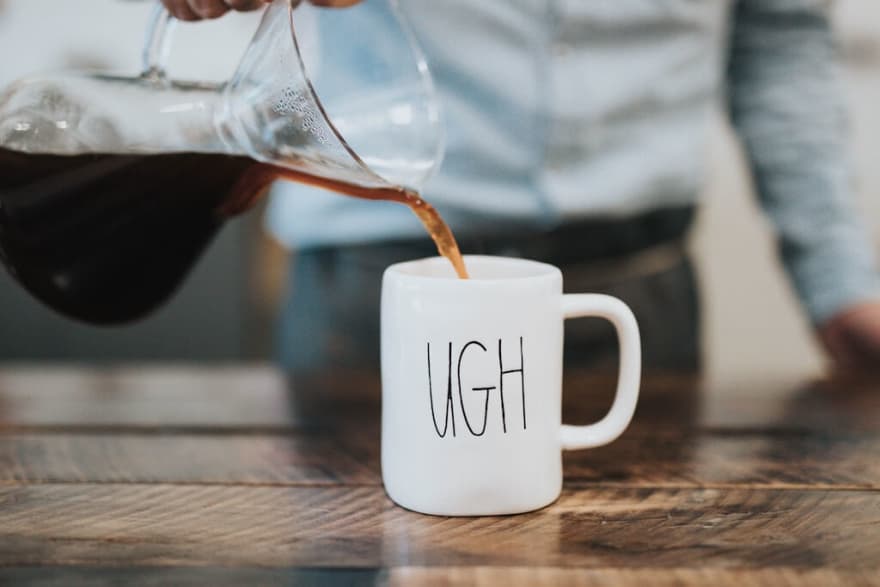 This post is going to be about the incredibly uncomfortable bits of being a manager.

It’s about that time when you delayed firing a bad direct.

It’s about that difficult work conversation you’ve been putting off.

It’s about that tickle in your brain that reminds you that you’re going to have to bring up an uncomfortable issue with your boss … and you know you’re both not going to enjoy it.

Emotionally painful activities like these trigger something I like to call the 'manager ugh field'. The ugh field is so powerful that your brain flinches from even thinking in the direction of the bad thoughts. Your attention skips right over the issue when you find yourself introspecting. And when you do think about the issue — when, over dinner, or in the shower, your thoughts turn inexorably towards one of these painful situations — you immediately find yourself coming up with excuses to avoid doing that painful thing.

“Oh, I don’t have to fire John … he delivered that small task last week on time. Maybe I’ll give him another month to prove himself.”

“I don’t have to bring up the issue of slow deliveries with Mary on Friday — it’s not that big a deal.”

“I don’t have to talk to my boss about our work culture. I can deal. Really!”

The manager ugh field is what makes management so difficult. In each of these situations, the tickle you feel in your head is a sign that you can't afford to put these things off. In many cases, you already know what you need to do. You are merely trying to avoid the emotional trauma of dealing with it, so you try and put it off for as long as possible. You throw up an ugh field in your head.

But let's be honest with ourselves, shall we?

You know you’re going to have to fire John sooner or later — you’ve already given him enough opportunities to prove himself over the past three months.

You know you must bring up the issue of slow deliveries with Mary, and on Friday. You’ve been hurting your team for every week that you fail to bring this issue up.

And, finally, you know you have to talk to your boss about the culture of working over time every week. You know this is a cause of burnout for members on your team. You won’t be able to hold on to them for much longer if you don’t.

So what should you do when you’re facing the ugh field? How do you get better at dealing with this?

Here’s a little secret that I’ve found: the ugh field is an opportunity in disguise.

The human brain is a powerful tool: what's happening when your brain throws up an ugh field is that it's trying to protect you from some painful area of your life. But with this power comes consistency — and this consistency also means that you can use it to your advantage. If you train yourself to detect 'ugh' fields, you may use it to trigger productive introspection sessions — that is, sessions that will help you address the issue head on.

Do you have an ugh field right now? Do you have some topic where you find your attention skipping right by? If so, that’s great news! You’ve just found yourself an opportunity for practice.

The goal of a productive introspection session is for you to focus your full attention on the issue hidden behind an ugh field. This would then allow you to defang the pain that prevents you from dealing with the issue.

Performing this activity requires sustained attention, and this is more difficult than it sounds. During a typical day, your attention is diffused and spread out over a variety of things, like work tasks, chores, and Facebook. You’ll find that your attention, left unchecked, diffuses like light pooling from a large lamp. You’ll need to concentrate your attention first before you may begin the process of productive introspection. This is much like concentrating light through a lens on a single point, before directing the beam on what you want to focus on.

The trick to doing this is meditation. Here are two techniques I’ve found to work for me, one easier to do than the other.

The first, easier technique is known as ‘box breathing’ — a technique developed to ground experts in high-stress situations, like police officers or Navy SEALs. To perform box breathing:

The second, slightly more difficult technique is mindful meditation. This goes as follows:

Once you’re done with this activity, focus your mind on the ugh field. This is the second, more painful step. Ask yourself: why am I feeling this psychic pain? What am I trying to avoid here? What is the source of this pain, exactly?

Each time you feel your attention slipping away, or if you observe your mind quickly offering up reasons that make you feel better, brush this aside and zoom in on what feels painful. Any issue guarded by an ugh field is likely to consist of multiple smaller issues that are painful. Examine each of these like a detective walking around in a crime scene.

This exercise should feel like pressing salt onto a wound — and that’s good! The more salt you apply, the less pain you will feel later. (I know this sounds masochistic and that it probably makes for bad medical advice … but I stand by it. It works!)

You will know that you’ve succeeded when the ugh field is gone … forever.

I had been putting off the firing of a direct I’ll call ‘Jack’ for more than two months. At some point, however, the tickle in the back of my head got too much to ignore.

I knew that nobody on my team was happy with Jack, thanks to the most recent one-on-one I'd done with the manager of my server team. I knew, also, that some of them thought I had no idea that Jack was performing so badly. They felt resentful that they needed to cover for him. They felt unhappy whenever they had to spend additional time fixing his bad code.

I sat down one afternoon in the office and put in ear plugs. Jack wasn’t in — he took very long lunch breaks— and I closed the door to the company meeting room, set a timer for five minutes, and started meditating.

Then I began to examine my ugh field.

Why was I avoiding this? This was simple: I was avoiding this because firing someone is painful — both for me and for them. Immediately my brain started offering up alternatives: “Oh no, you could give him another chance!” and “But Jack is so likable! You can’t do this to him!”

I brushed aside these alternative voices, and focused on the issue again. The ugh field was still there. My brain was leaning away from the conclusion I needed it to arrive at: that there was no way I could let Jack stay. A month ago, I had already sat down with him, and put him on a performance improvement plan. The manager in charge of my server team was still displeased. He didn’t think whatever improvements Jack had done was good enough.

I sat down and examined my options again. I had already given Jack a second chance. I knew he was a nice guy — this was why I was having such a difficult time. And so I flipped the question: what would happen if I didn’t fire Jack?

The answer: I’d have locked up a slot that I could have given to someone else. We had limited resources at our company, which meant limited seats on the engineering team; I was wasting one seat on a subpar performer.

On top of that, I realised that I was sending a message to the rest of my engineering team. I was telling them: “Performance doesn’t matter. I don’t care that you’re suffering because of Jack’s ineptitude. Just cover for him.”

And I realised that I couldn't let that stand. The pain I was causing others was too great to let Jack stay on. Plus, I was reducing the output of my entire team — something that no manager should ever consciously do.

When I opened my eyes again, I felt the ugh field recede somewhat. It was still there, but the part of my brain that was so quick to pipe in with alternative suggestions was subdued. It only protested weakly as I settled on a plan of action to fire Jack.

I left the room, and did what was necessary later that day.

The manager ugh field is what prevents managers from doing what is necessary in their jobs. Often the worst managerial mistakes you’ll make are mistakes of omission — you didn’t have that painful talk, or you put off that difficult action until it was too late.

The ugh field often exists for a good reason: these painful conversations and actions can go very badly. Firing a bad performer puts you at risk of retribution. Telling your boss things that he or she doesn’t want to hear might land you in hot water.

But the answer to these difficult situations isn’t to avoid thinking about them. The answer is to consider them with a calm, rational mind. You aren’t doing yourself any favours when you let the ugh field fester, and you’re probably harming your entire team in the process.

The good news here is that the ugh field is a consistent mechanism, which means that you can turn it into a strength. Use it like you would an early warning system: train yourself to detect when an ugh field exists, and use that as a trigger to introspect on the issue that you are avoiding. This is difficult, but absolutely worth it: you'll be a better manager once you're able to do so.

I wish you only the best of luck in combating your ugh fields.

If you'd like to read more of this, check out the Starter Manager Guide I've written over at Management For Startups.

I ran the engineering team for epos, a point of sale company in Singapore. We grew the business from 0 to S$4.5 million annual revenue over the course of three years. Now starting something.

Sealing the Deal with Value-Added Projects

How to Avoid Basic Mistakes While Starting Your Own Business