I watched this talk※ by Chris Biscardi at ESNext Conf, where he presented his new JAMstack meta framework, Toast, and the reasoning behind its creation.

※) The live video was taken off. Presumably the talks will be posted separately on the ESNext Conf YouTube channel later.

Toast is described as an “ESModules-first JAMStack and Serverless meta-framework”. It’s currently in alpha (0.2.7 at the time of writing), and as the readme says…

Current stability status: somewhere between a yeet and a yolo

The best place to stack your jam

The best place to stack your JAM.

Current stability status: somewhere between a yeet and a yolo

Toast is a modern, ESModules-first, site compiler. It avoids bundlers completely by default (although you can integrate bundlers if you need to).

You can read about the high level vision or the current goals of the project.

What types of sites is Toast useful for?

We don't know yet. It's mostly being used for blogs currently.

What browsers does Toast support?

Notably the use of browser-native features like ESModules in the default client-side JavaScript means no IE 11 support.

The following command will bootstrap a new toast app for you.

What makes Toast stand out from existing popular JAMstack frameworks is its emphasis on modern JavaScript native browser functionalities. It is unbundled by default—although you can optionally add one—which results in a simple, performant build process. In a way, it’s like if Gatsby were built without webpack and GraphQL※※.

※※) I think Chris said something to this effect in the talk. The video link has been taken off by the time I’m writing this so I could not cross-check.

Check out the Vision page in their documentation to learn more about Toast’s underlying philosophy and direction.

That’s a literal question, not a lead into a descriptive paragraph 😬.

As per the talk slide, Toast uses Snowpack/Rollup. We can set up the Snowpack configuration in our package.json (see sample site code).

Beyond that, I was not able to find out:

EDIT: Chris confirmed that the configuration is indeed in the breadbox package.

For now I'll leave it to you, readers, to check it out. 😬😛 In this post I’m only going to discuss basic usage without custom or advanced configuration.

My experience creating a new Toast site from the starter was a breeze.

You can create a new Toast site by doing any one of these:

This repo is an implementation of the experimental Toast package. It will be updated as Toast is updated with new features. 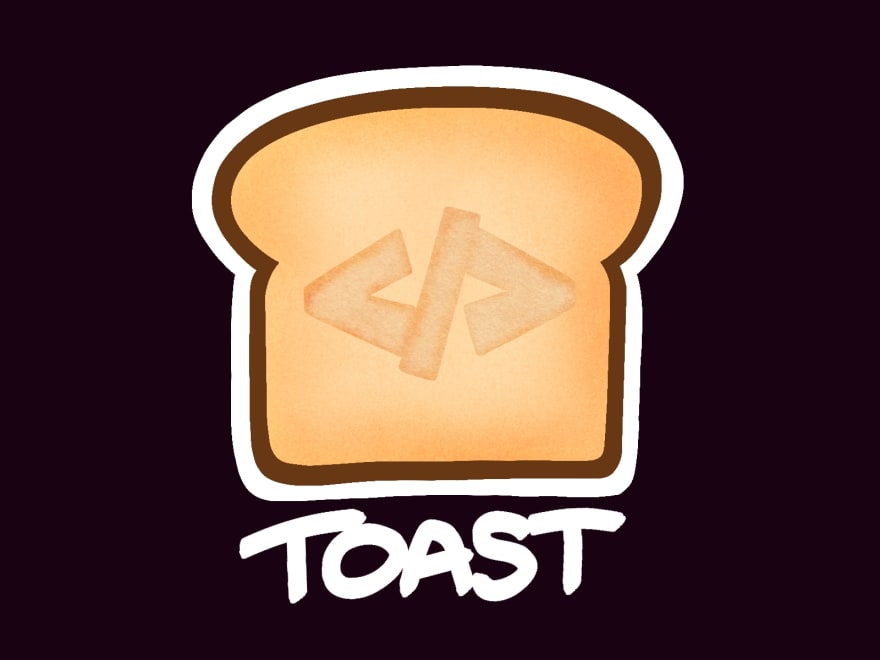 Existing Toast sites can be found in the wild at the following locations. Feel free to check out the network traffic to see what an ESM-first approach looks like in practice.

This is where I came across the first “oops”. Toast has no live/development server, ie. no such thing as yarn toast develop or yarn toast start.

If you want to develop with live reloading capability (to see the changes as you code), you have to do it in a separate environment. I would develop the components in Storybook.

toast.js gets posts data from fetch-mdx-post-files (the starter site has sample posts in content/posts directory), which we can modify if we want to. I have not tried it, but we should be able to fetch data from external API as data source as well.

The starter site comes with Emotion for CSS and React Helmet for SEO/Metadata. These packages are regular dependencies, so you can replace them with any libraries you want.

The starter site also comes with:

It’s already built and ready to deploy ✨. You should be able to deploy the public directory anywhere you can host a static site, such as Netlify, Vercel, and Github Pages.

I used the Netlify deploy button, so my site repository is already connected to Netlify, which automatically runs a build anytime I push to master branch.

As a new framework in alpha essentially run by one person, (understandably) there are no plugins, integrations, or resources like templates and tutorials.

Chris, the creator, is active on Twitter and his Discord channel Party Corgi. If you have questions or discussion that seem out of place for Toast repo issues, you can reach him there.

I haven’t got a lot of time to play with Toast (but just enough to make me crave actual toast). I’m personally enjoying it so far and can see myself adding it to my tool belt.

Deal-breakers: (you may not be happy with Toast if you require these)

At the end of the day, I’m glad Toast makes the ecosystem even richer by approaching it from a different perspective from larger React-based JAMStack meta frameworks. Add to that other meta frameworks based on Vue, Svelte, and non-framework JavaScript (11ty), developers are spoiled for choice when it comes to creating with the JAMStack.

A tale of two database paradigms

How To Add Search To Your Static Site