It's been three days I started with Go. I got caught with it because some chit-chatting with a friend, which is almost the only way I start with this kind of things (probably because my lack of creativity, I need a trigger).

Can't really say much with 3 days of programming but I've been having lots of fun with the code, even though there are some things that I don't like (but they are just code styling like the lack of semi-colons and the fact that standard is "use the tab character") but then I've got used to it.

Spent some time Friday afternoon to setup my Emacs for Go. It was quite easy, specially because the godoc page already explains it.

I started with the all famous "hello, world" but then, right away, implemented the http package and doing requests to different APIs. Started to play with the os package and the Stdin as well as the arguments passed to the program. All these because I already know what I want.

I want to create a terminal application to navigate through Twitter inspired on Michael Lazar's rtv (which is a reddit terminal browser). I used to use twittering-mode on Emacs but I'm starting to move all these perks outside Emacs now so I need a way to read my Twitter feed.

Then, I got distracted

I found some bindings for OpenGL and the SDL library and had some fun opening windows and rendering funny quotes from the foaas.com API (warning, strong language). Well, the weekend is to have fun, right? 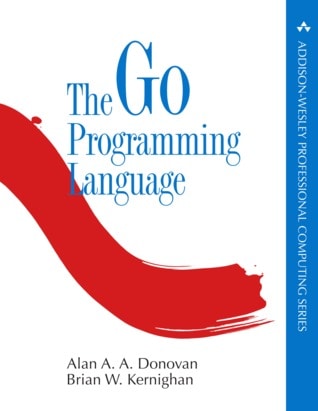 I immediately bought Donovan's and Kernighan's The Go Programming Language and doing great progress so far. Not too much deep into reading but I find it fun and easy to read. It goes super-well with my the approach I take when learning a new language.

I'm liking Go a lot! I'm looking forward to deep learn this language and have my terminal Twitter app up and running. I already got my hands on termbox ;)

Once suspended, elnawe will not be able to comment or publish posts until their suspension is removed.

Once unsuspended, elnawe will be able to comment and publish posts again.

Once unpublished, all posts by elnawe will become hidden and only accessible to themselves.

If elnawe is not suspended, they can still re-publish their posts from their dashboard.

Once unpublished, this post will become invisible to the public and only accessible to Nahuel Jesús Sacchetti.

Thanks for keeping DEV Community 👩‍💻👨‍💻 safe. Here is what you can do to flag elnawe:

Unflagging elnawe will restore default visibility to their posts.