Hey Everyone, This article is about Rust VPP API Bindings project which was a part of LFX Mentorship. I had this amazing opportunity to work under the guidance of Andrew Yourtchenko on this project. So let's get started

FD.IO is an Open Source Dataplane developed by Cisco that runs in user space. At the heart of FD.IO is VPP which stands for Vector Packet Processor. So emphasis on Vector as opposed to Scalar Packet Processor wherein a single packet is processed at a time, VPP processes a vector of packets at a time which results in high performance.

There are many exciting applications of VPP in Cloud Native and Networking space, I will be leaving links here for you to explore 🚀
Project Calico/VPP
VPP Case Study

Here's the architecture of our project

This crate is responsible for establishing a connection to a running VPP process either via a socket or a shared memory interface. It also holds various functions for sending data via the connection.

Driver library consists of functions that makes use of ingredients of Transport and Encoding which allows sending messages and receiving them easier. There are 3 types of messages that can be sent to VPP. (Referenced from Developer Documentation of VPP)

This is the most important part of Rust VPP, As it ingests Binary APIs and generates Rust bindings as a separate package which is nothing but the VPP-API. 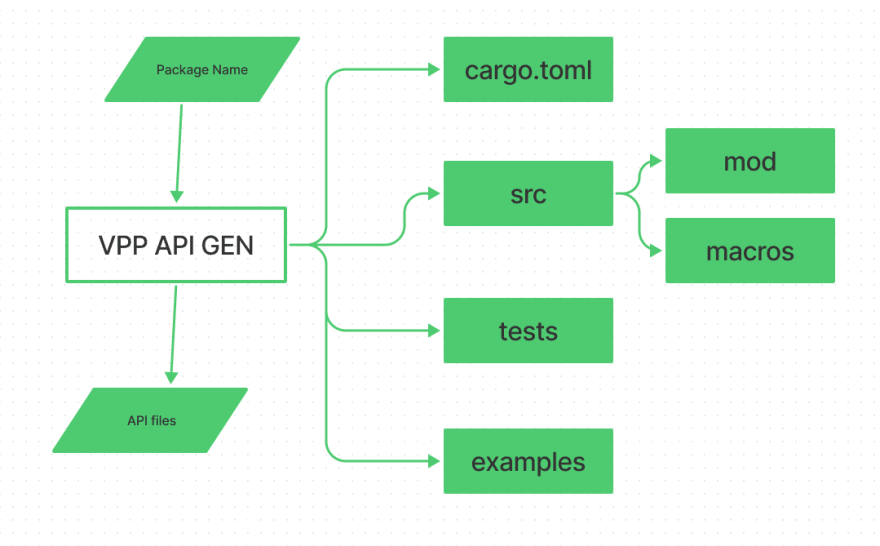 VPP provides a binary API scheme to allow a wide variety of client codes to program data-plane tables. As of this writing, there are hundreds of binary APIs. Messages are defined in *.api files. However we are using Messages defined in *.api.json* which are self contained api files written in JSON format.

Macro library consists of procedural macros that make the generated rust bindings more ergonomic and provide sophisticated abstractions. The VPPMessage macro is a builder macro that allows you to initialize VPP messages in a less tiring fashion and also implements a derive for message name and crc. Another macro VPPUnionIdent creates accessor methods for the Union which makes it easier for the users to initialize it without having to fill the entire union.

Here is an example of using builder

Here are all my pull requests:

This project is the best project I've worked on so far, I got to explore and implement many Rust features

Shoutout to the Rust Foundation Discord Server for always helping me out with my queries be it how silly they were. Jon Gjengset for creating extensive videos on difficult parts of Rust, Linux Foundation for this amazing program that allowed me to work with Rust and lastly my mentor Andrew for guiding me at every step of the project.

Once suspended, felixfaisal will not be able to comment or publish posts until their suspension is removed.

Once unsuspended, felixfaisal will be able to comment and publish posts again.

Once unpublished, all posts by felixfaisal will become hidden and only accessible to themselves.

If felixfaisal is not suspended, they can still re-publish their posts from their dashboard.

Once unpublished, this post will become invisible to the public and only accessible to felixfaisal.

Thanks for keeping DEV Community 👩‍💻👨‍💻 safe. Here is what you can do to flag felixfaisal:

Unflagging felixfaisal will restore default visibility to their posts.