It has just been announced at the annual Star Trek Las Vegas (#STLV) convention that Patrick Stewart is going to return to his role as Jean-Luc Picard in a new TV Show.

Few other details have been announced other than the TV show will take place 20 years after the film Star Trek: Nemesis and will feature the character of Jean-Luc Picard.

Lets run though a few things I would like to see from this new show.

Star Trek: Discovery is a great show and has brought Star Trek back to our TV shows. However it is an action show, it zooms along so fast and with so much action I would appreciate a show that can takes its time a bit more.

I want a show that can show Picard carefully considering some moral issue and making a decision. Something we were used to seeing on TNG.

One of the best features I can think of Jean-Luc Picard is his ability to make speeches about one issue or other.

Lets look at a few examples:

Insurection : Picard speaks about the forced relocation of a group of people.

First Contact : Picard is hell bent on revenge for what the Borg have done to him and refuses to destroy the Enterprise to save his crew.

“I will not sacrifice the Enterprise. We’ve made too many compromises already. Too many retreats. They invade our space and we fall back. They assimilate entire worlds, and we fall back. Not again! The line must be drawn here, …this far, no further! And I will make them pay for what they’ve done.”

Measure of a Man : Picard argues for the rights of Data.

“You see, he’s met two of your three criteria for sentience, so what if he meets the third. Consciousness in even the smallest degree. What is he then? I don’t know. Do you? (to Riker) Do you? (to Phillipa) Do you? Well, that’s the question you have to answer. Your Honour, the courtroom is a crucible. In it we burn away irrelevancies until we are left with a pure product, the truth for all time. Now, sooner or later, this man or others like him will succeed in replicating Commander Data. And the decision you reach here today will determine how we will regard this creation of our genius. It will reveal the kind of a people we are, what he is destined to be. It will reach far beyond this courtroom and this one android. It could significantly redefine the boundaries of personal liberty and freedom, expanding them for some, savagely curtailing them for others. Are you prepared to condemn him and all who come after him to servitude and slavery? Your Honour, Starfleet was founded to seek out new life. Well, there it sits. Waiting. You wanted a chance to make law. Well, here it is. Make a good one.”

We live in uncertain times. There are lots of pressures on today’s world and we need to acknowledge these. Picard is an excellent character to use to ask important questions of the day.

What does it mean to be human?

How should we treat people that are different to us?

How should we react to extremism?

Deal with his age

In the last episode of TNG a future version of Picard is shown 25 years into the future. This is a similar time period so it will be interesting to compare the two. Have Picard look back on his life and ask questions about his life choices. 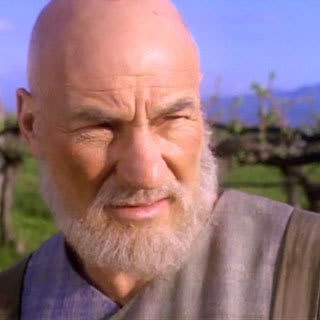 Be consistent with his past

Picard is a well known character. So writers please don’t change him. I want a character we know, not a character that looks like Picard but acts in a way contrary to what we would expect.

Picard has a history we know, he served on the stargazer and of course the Enterprise, he has an artificial heart, he was assimiliated by the Borg. All

Discovery and Enterprise are TV shows which have a problem. There is Trek going on after them which imposes a few rules on what can and can’t be done.

This is a TV Show that will take place after every other Trek TV and Film and can do whatever the creators want. This gives freedom, but it also gives the responsibility to reference what has gone before. 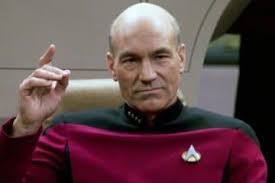 The 2009 Star Trek film features the destruction of Romulus and Spock travelling back in time. How about Picard dealing with surviving Romulans helping rebuild their society, continuing the work that Spock started in the TNG episode Unification.

I look forward to finding out what the Star Trek production team has in store for us. If they have Patrick Stewart convinced I am sure it is going to be good.

The post Picard is back! appeared first on Funky Si's Tech Talk.