Augmented Reality (AR) is an interactive experience with your environment though objects generated by a computer. You can alter or enhance your real-world environment through platforms like mobile apps, virtual headsets and more.

AR is mostly being used to make your life easier. You can test a tattoo before getting ink done, learn a language, or even find constellations in the sky. A few big named brands are already hopping onto the AR bus.

For example, you can view your living room through the lense of your iPhone and virtually place furniture through IKEA’s app. This way you know if furniture will fit in the space and you’re able to visualize it before you buy it.

Target has also adopted this same feature in their app.

Why Hasn’t AR Blown-Up Yet?

With the majority of the population only having 4G speeds, there isn’t enough bandwidth to hold everything that AR requires. In 2020, there’s going to be a big push towards nationwide 5G.

Some mobile networks like AT&T, Verizon, Sprint and T-Mobile have launched 5G, but it is only compatible with certain devices.

Although some cities have already been adopted into its range, the rest of the nation will soon follow.

5G will bring exciting new changes to latency, traffic capacity, network speed and efficiency, and more. This means that loading a website or its content won’t take as long and websites will allow more users to access the site than ever before.

If you’ve ever tried to buy cosmetics from Jeffree Star on the day of a launch, you’ve probably experienced this problem.

There is only a certain amount of users that a website can hold and if more users are trying to access the site, then it’ll crash. This means that nobody can check out with their items, creating a big issue for both the company and its customers.

So through 5G, more users will be able to access their AR programs and there will be less of a lag. This is crucial for a fully-immersive experience.

AR Has Been Successful In The Past…

Pokemon Go was released in 2016 and quickly turned into a success. With over 45 million daily users during its early peak, there’s no dispute that this AR game was a global hit. 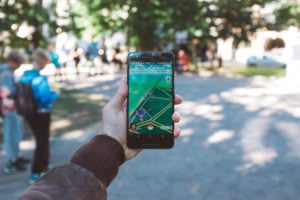 AR worked well for this Nintendo game for several reasons.

Without having to buy a headset or any other additional entity, this game was easy to get and easy to use. It also brought technology to a huge audience that had mostly never experienced it before.

They were also one of the first big name brands to integrate AR into a fun mobile game.

Snapchat has also been successful in using AR. 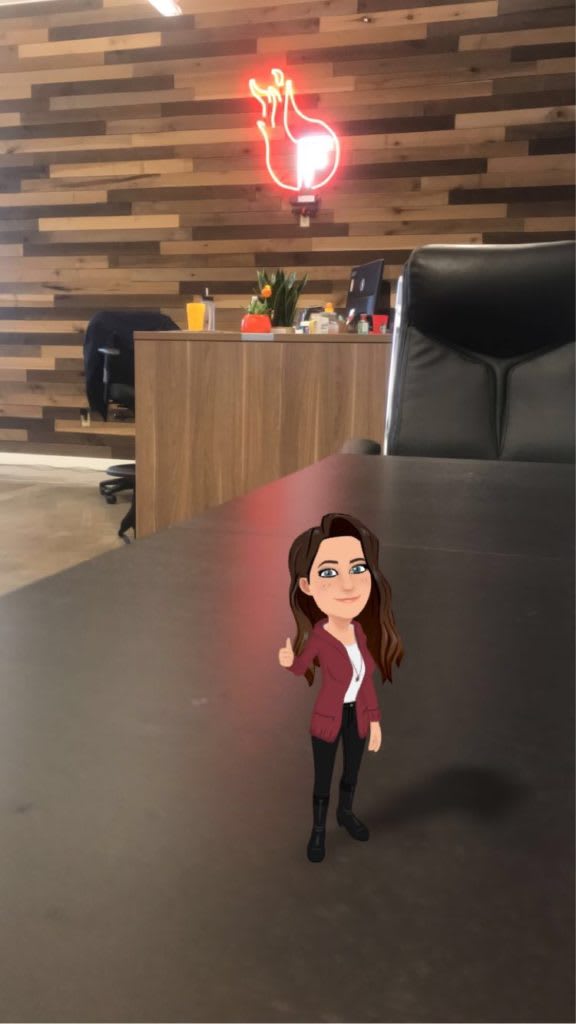 Snapchat’s success with AR was mostly due to the fact that they make it easy to access for their previously large user base.

Snapchat already had 74 million users before they introduced AR face filters in 2015.

Face filters are continually being used by snapchatters everywhere, removing user’s blemishes, making their face throw up a rainbow, or even giving them devil horns.

Face filters and augmented games are only the beginning of AR’s journey. 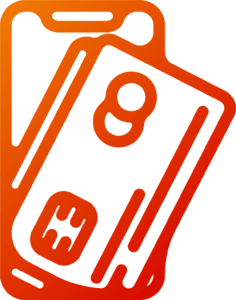 As mentioned earlier, IKEA is taking furniture shopping to a new level. But who else is stepping up their game?

Some grocery stores are implementing AR in order to create an experience that will change the worst qualities about shopping.

Need to find where this grocery store is hiding your favorite brand of ice cream?

Simply type it into the app and it will show you a virtual step-by-step guide to find your ice cream.

Want to see the price of an item without having to find a price scanner across the store?

No problem. Just simply scan the front of the item (no, not the barcode) and it will tell you all the information on that product.

These are just a few of the lower-level features AR brings to the shopping industry. In the coming years, shopping will be a completely different experience than it is right now.

Read More About The Future Of AR And Shopping In My Next Article: AR Is Spoiling Shopaholics.
(Full article coming soon) 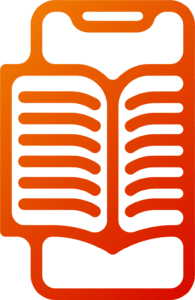 With apps that assist you in seeing constellations, show you what it’s like to be in the presence of a Tyrannosaurus Rex or even show you what a volcano looks like when it’s exploding right in front of you, it’s no doubt that AR leads to a rise in student engagement.

Student’s Want To Be Involved

It’s discouraging when it seems that everyone around you is easily learning a topic you’re struggling to understand. And because of that, it can be hard to raise your hand to ask a question.

For example, certain math apps allow you to visualize complex equation graphs in a 3D space.

And in some ways, AR answers questions before you need to ask them.

Your teacher has written out a formula and now it’s your turn to apply it to the problem. The issue is, no matter how hard you try and understand math, it all looks like another language.

Through AR you can scan the math problem and then check it. If it’s wrong, you can see where in the problem you went wrong and there’s an element you can view that shows you why you made the mistake you did, and how you can fix it.

This way the teacher has time to teach, and everyone in the classroom gets their questions answered, because let’s face it: Teacher’s simply don’t have the time to answer 10 questions from every student.

This is just one way that AR can help in the classrooms but there are millions of other uses for this exciting new technology.

Read More About The Future Of AR And Education In My Next Article: Why There Should Be More Technology In Classrooms
(Full article coming soon)

3. Why AR Will Be Helpful In The Healthcare System 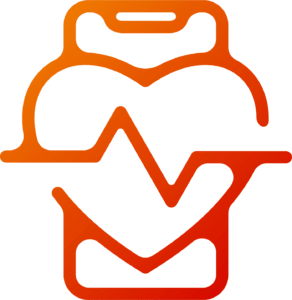 AR has certain capabilities that will be life-changing in the field of medicine. Because AR adds a visual digital component to your real-life environment, this is allowing doctors to perform surgery like never before.

Through augmented reality, surgeon’s can visualize where their patients anatomy is (through a headset) and be able to operate accordingly. Almost as if the surgeon has developed X-Ray vision. This can be especially helpful if an emergency were to arise and the surgeon doesn’t have a visual of their operating field.

AR could also be helpful for patients because their doctor could show them their diagnosis.

Seeing what a healthy system looks like compared to their own, can help patients better understand their diagnosis, leaving them with a better piece of mind.

Not knowing is scary, and AR is bringing light to dark situations.

Read More About The Future Of AR And Healthcare In My Next Article: AR Could Literally Save Your Life
(Full article coming soon)

4. AR in the Automotive Industry 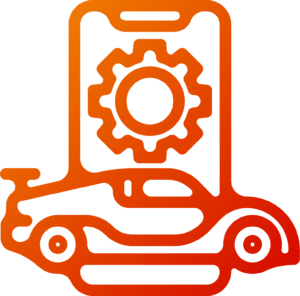 Augmented reality is changing key elements in the automotive industry including:

How Will This Help Consumers?

One of the worst parts about having to put your car in the shop is waiting. Because AR can quickly help diagnose what problems your car is having, your car has the potential of getting back to you quicker.

And with navigation conveniently located on your windshield, there is less of a reason to be distracted behind the wheel.

5. Use of AR in America's Newsrooms 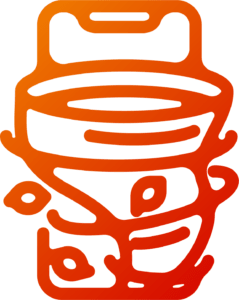 Some newsrooms are already using AR technology to help their audiences better understand the severity of certain situations.

Through showing objects flying and being destroyed in a newsroom, the audience is better able to understand what they’re likely to endure at certain speeds during a tornado.

Currently weather is one of the most popular AR uses in newsrooms, but journalism is soon going to evolve into a more AR-friendly environment, like implementing broadcast stories into printed stories. 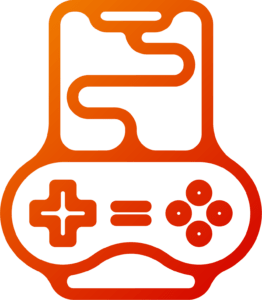 With Pokemon GO being a widespread success, other fictional films are leaning on AR as well.

Harry Potter: Wizards Unite is an app that launched in 2019. The app is based on the idea that our real world sucks and needs saving from fictional characters that we’re in J.K. Rowling’s books.

The Walking Dead: Our World launched their zombie-killing AR game in 2018. You’re given plenty of missions based around one goal: don’t get eaten by a zombie.

Jurassic World Alive also came out in 2018. One conclusion people are making about this app is that it’s basically Pokemon GO but with dinosaurs. Just how certain Pokemon would only show up in certain locations, Dinosaurs will only pop up in locations that make sense to their geography.

More games are expected to come out, but the biggest issue is creating an AR game that’s unique.

AR Will Continue To Grow

With a nationwide push towards 5G and businesses implementing AR into their consumers experience, it’s no wonder that AR is rising to be successful in the tech industry.

If you’re interested in more articles like this one, view our other articles in this series. Or, let us know by reaching out.

Install Tailwindcss in Svelte with 1 command

Image Manipulation with Fabric.js and Canvas

Minus turns two. A look back at these years and planning for the upcoming two