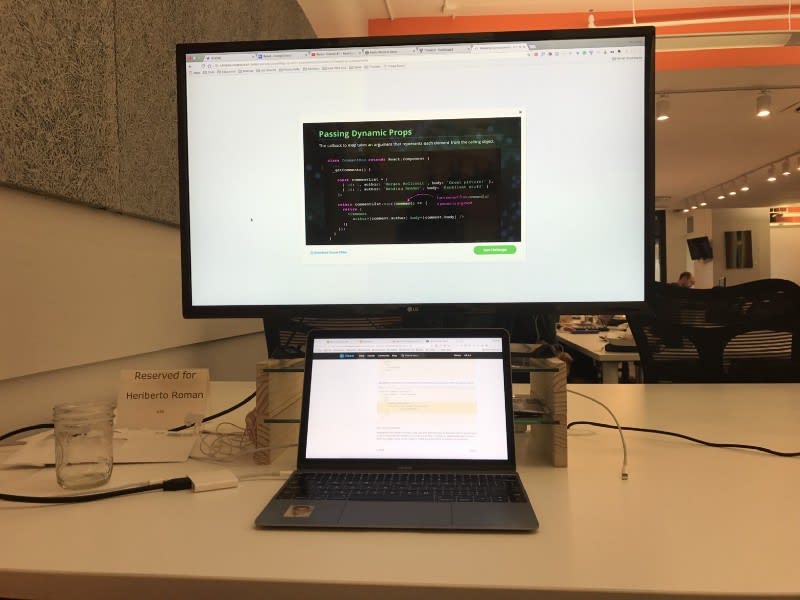 Shortly after the A100 program, we packed up our things and moved back to NYC, our old stomping grounds, to seek other opportunities. So here I was in NYC, taking another big leap towards achieving my goal to become a Software Engineer. I applied for a Coding Bootcamp called Thinkful, a remote Bootcamp based out of Dumbo Brooklyn, and it was exciting. It was at a time when Coding Bootcamps was a super hot alternative to traditional education. The biggest decision for me was not if I wanted to go, because I did, it was more about "Do I want to spend another 14k towards student loans " 🤔.

During that time, it wasn't easy to find financial support for coding Bootcamps. So in my mind, it was a sacrifice I was willing to take in hopes for a better chance of becoming a Software Engineer. Once accepted, I was paired with a coding mentor named Alvin Kato, a Developer from Uganda (best part of the Bootcamp), and went through the Pre-Bootcamp training. Thank you, Alvin.

After the Pre-Bootcamp training, I was accepted into the six-month Remote Immersive Engineering Bootcamp and paired with my second coding mentor Wences Negrete, thank you Wences for all of your help. The curriculum called for Client-Side Development with HTML, CSS, Javascript, jQuery, and React. In addition to Server-Side Development with NodeJS, Express, SQL, and MongoDB. 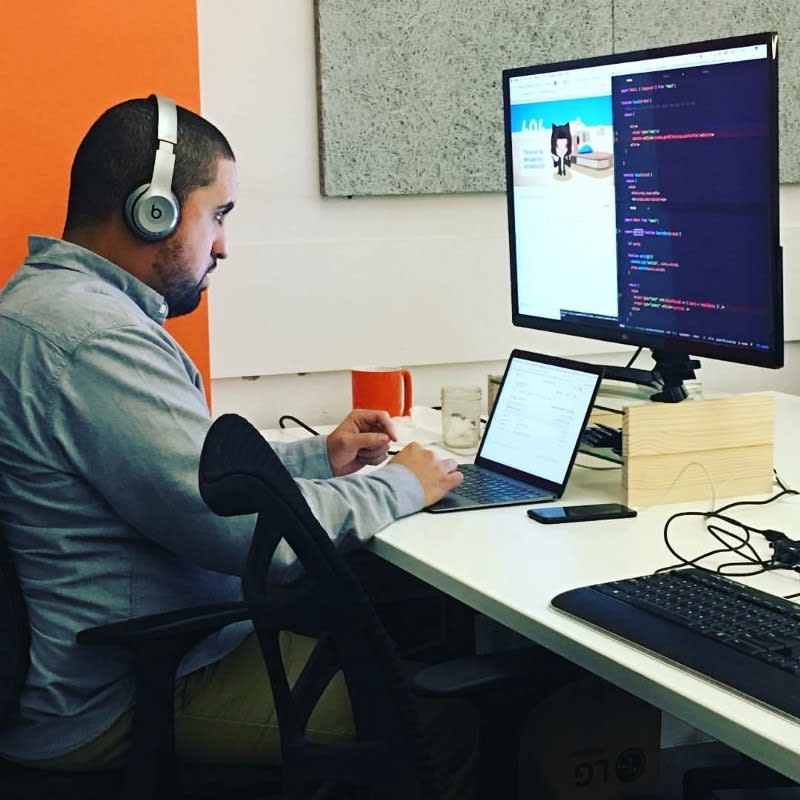 Fast-forward 5 months into the Coding Bootcamp I experienced so many long nights both frustrating and rewarding, the work was not easy. You go into things thinking you know a thing or two about computers, but trying to write Code has a great way of showing how little you know. It's part of the game.

In the short span of five months, I built a few apps, solved a few coding challenges, and incorporated project management techniques like Agile Software Development in my workflow. I was even lucky to meet a few devs from my cohort like Kevin Lee and Jamie Davella at a local meetup at Tumblr for a meetup. It was such an exciting feeling to make it this far with cool projects under my belt. 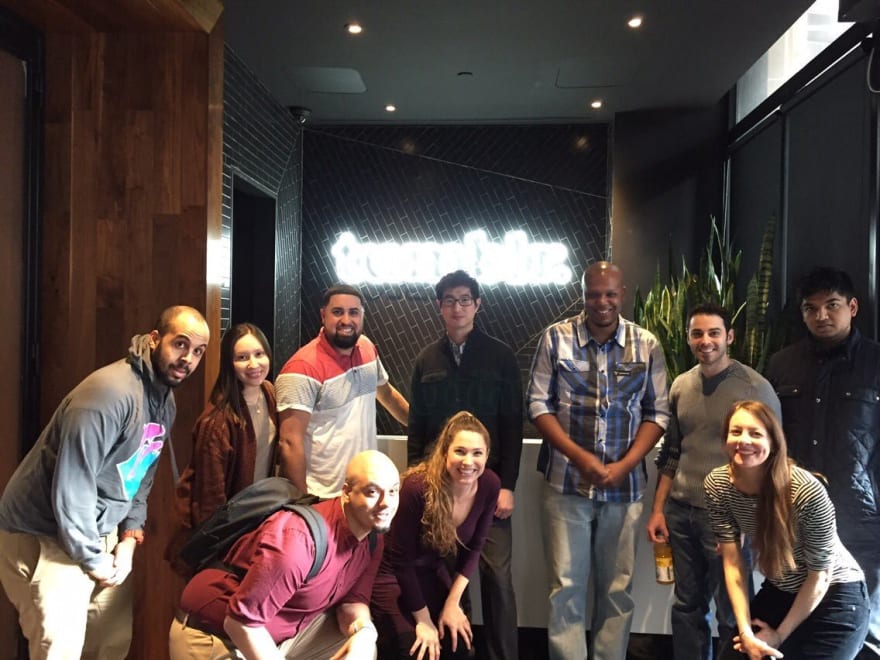 There was one project that stood out the most up to this point, and I was so proud of it. With the help of my mentor Wences and my experience with sports, I was able to build a Full Stack Application called Highlander. A simple app for coaches to manage their team's stats, trash talk, and poach players from other organizations. It was gratifying to take an idea to MVP and deploy it for the whole world to see. Momentum was on my side.

The end of the Coding Bootcamp was near, and our Instructor just introduced the Capstone Project requirements. The specifications required us to build a Modern Fullstack application using React/Redux. Ultimately I decided to take Highlander to the next level and refactor it from jQuery to React. It was a huge learning curve for me, but I made a lot of progress, and I was about 80% done with the React version of Highlander with only a few weeks from the final demo day.

My Coding Bootcamp Days Are Numbered 💻 🥺. Time To Hustle.

However, my Bootcamp days were numbered, and the development of Highlander stopped right in its tracks. My wife ️had given birth to our new beautiful daughter Lia who just recently turned three years old 👨‍👩‍👧‍👦 🎉. 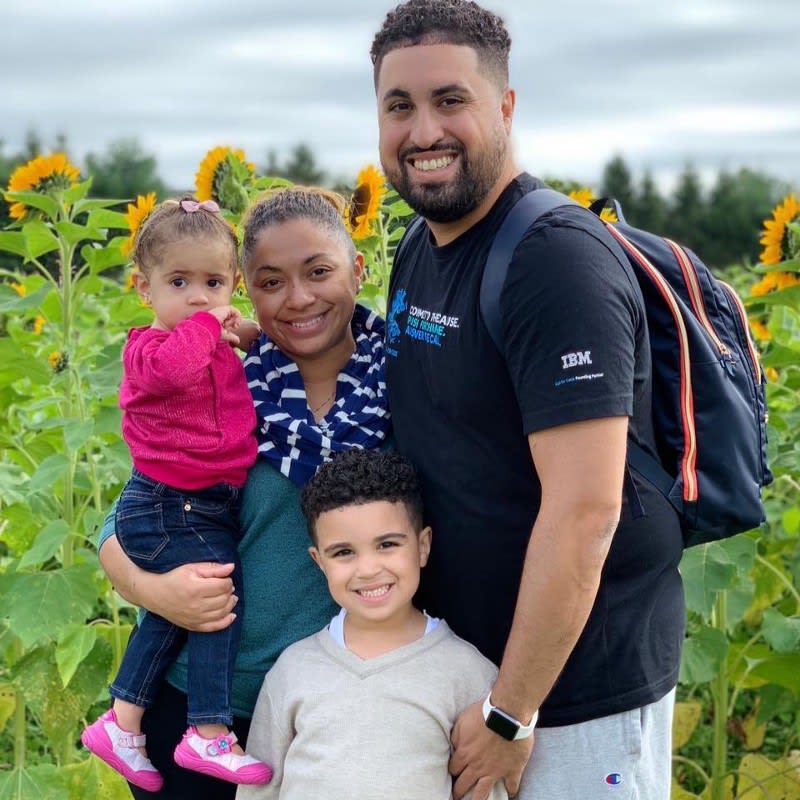 So life took over, what are you going to do? I had no time to feel anything but joy for our new daughter and anxiety about not having any employment opportunities lined up to support our new baby girl. With only a few weeks away from the final demo day, I went out and found an overnight job as a security officer supervisor at Con-Edison. It was a very chill position, but the schedule sucked. The idea was to do all of my coding during the day, take care of the kids in the afternoon while my wife did her thing, and then go to work overnight.

I was determined about making it work, but you get your self into situations thinking you know a thing or two about multi-tasking, but life has a great way of showing how little you know 🤕. It's part of the game. 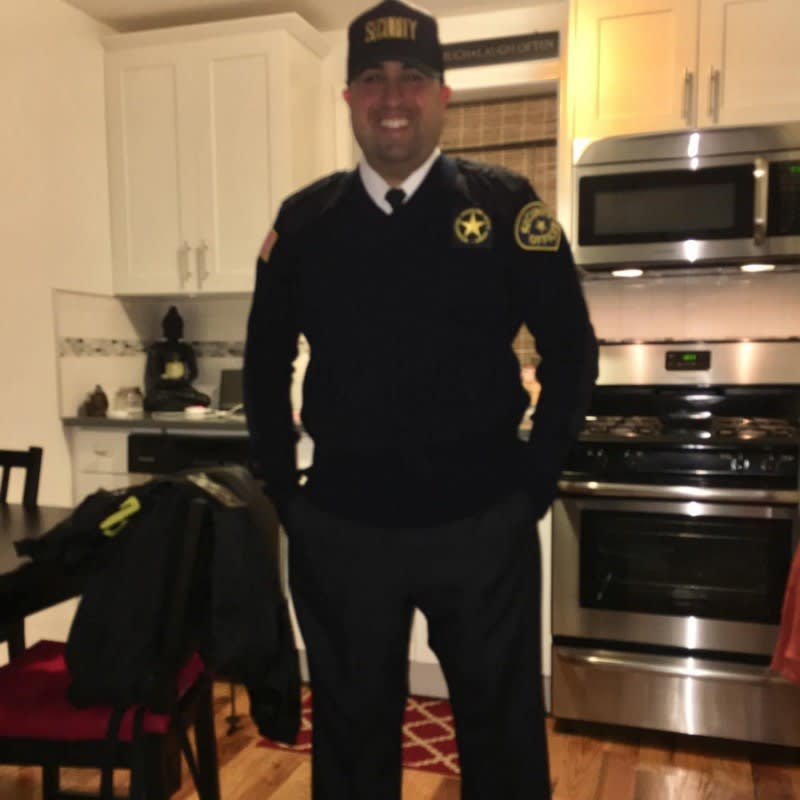 After the second week, I was struggling to keep up and wasn't able to get much sleep. I was burnt out. Unfortunately, I stopped attending Thinkful and pumped the brakes on the Highlander project. With the support of my wife, more focus was put on raising our son and daughter while securing some financial stability. It was a tough but necessary decision to put my career on pause to make sure our family was supported.

However, after working as an overnight security officer for about six months, I was able to change my shift to a day shift. Finally, I was allowed to work a regular schedule that would allocate me time to plan my next move. The shift allowed me some capacity to get back into programming, attend a few meetups, and get back on the path to secure a dev role ultimately.

Back in Action. The Meetup Scene 🌃

Boy, was I excited!! CodeNewbie hosted the first meetup I attended from my hiatus at a digital agency in NYC called PostLight. It was such a fantastic meetup simply because I was able to share the space with cool people like the founder of CodeNewbie Saron Yitbarek. Throughout the event, everyone I spoke with was empathetic to some of my concerns with imposter syndrome, family obligations, and time management roadblocks.

The best part of the meetup was listening to lightning talks about the current state of tech, codenewbie blues, and success stories about becoming a dev. Those talks injected much-needed inspiration to get me back into the groove of problem-solving and coding. Looking back, I ended up winning a scholarship to attend the first CodeNewbie conference called Codeland because of that meetup, so dope! Shout out to Saron and the CodeNewbie community! 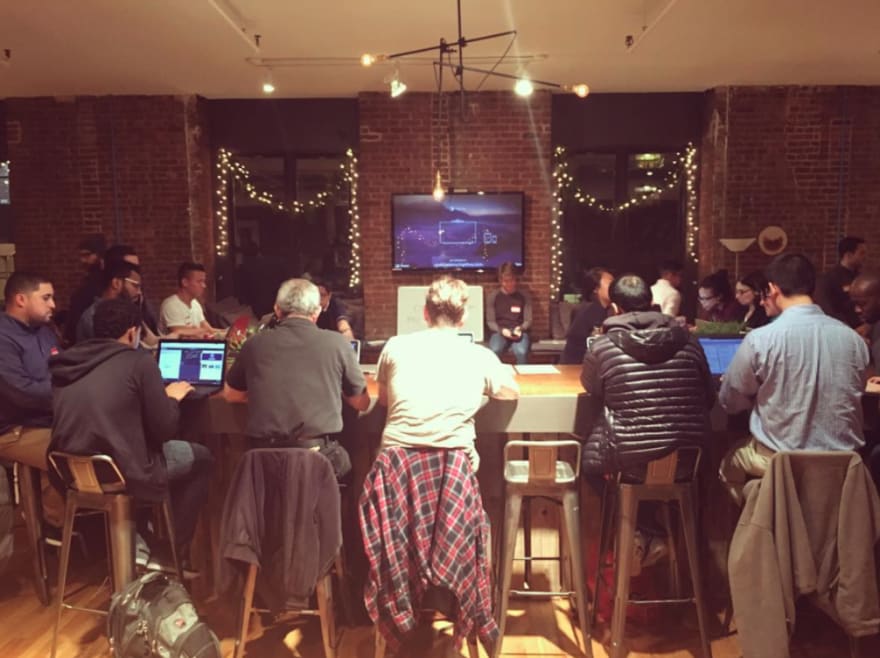 I went ahead and attended a few more meetups at sites like Codecademy, MongoDB, Meteor.js, and Manhattan.js, all of which provided me with great strategies in both my hard and soft skills. But after some time, I was curious as to why I had to go all the way downtown Manhattan, Brooklyn, or Queens to attend a tech meetup?

So I ended up searching for local meetups in the Bronx, and to my surprise, there weren't many options available in comparison to other boroughs in NYC. It was a little disappointing at first, but I decided to push forward and give this meetup I found at the BXL Business Incubator located in the Banknote Building in Hunts Point, South Bronx, a chance. 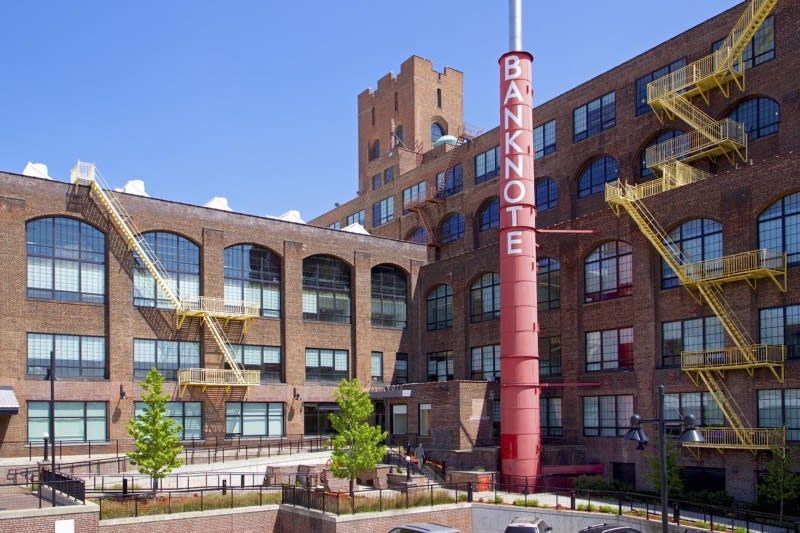 I went to the location, and to my surprise, I was the only one at the event, not a soul in sight. I later found out that the organizer of the meetup never got around to canceling the event, which sucked, but I didn't leave empty-handed. Since the meetup was at the incubator, what better place to snoop… cough… cough.. I mean, look around at the building directory to see what other types of companies were stationed at the incubator. Out of the whole list, there was one company that stood out called The Knowledge House.

It sounded like a cool name, and I was curious, so I checked out the website. I read the about us page, and it appeared to be a Tech Educational non-profit company. I noticed a call to action for volunteers ad on the top of the fold of the website I immediately thought hey, why not? It's possible to volunteer at this place. I could pick up a few skills and give back to the community at the same time, a win-win 👍.

So I reached out and applied to become a volunteer.