I've always been a fan of mobile apps, during my career I participated in many projects where I created apps for different companies from scratch. 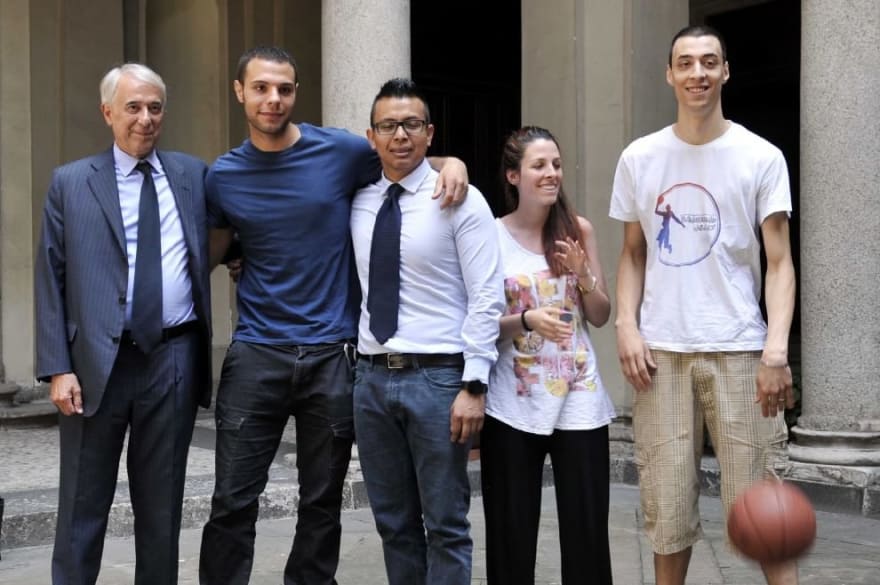 In most cases I have always used web technologies like Angular / React, Css and Html and then with the help of frameworks like Apache Cordova or Phonegap you could make an hybrid app. The problem with this type of approach is that often the look & feel and the usability are affected heavily, especially with less powerful devices.

Then Facebook arrived with React Native and Microsoft with Xamarin.
Both with the same promise, allow the developer to use the same code on Android, IOS and Windows Phone (RIP).

The major supporter of React Native AirBnb in the course of 2018 announced the farewell to the Facebook home framework for several reasons including bugs and various problems.

Also in 2018 Google announces the release of the first version of Flutter in Beta. Alibaba immediately sees the potential of the new framework and adopts it for the development of a 50 million user app.

I have personally created 2 apps using Flutter, currently they are in the Android store. The learning curve is fast because it always adopts a component logic like it happens with React or Angular even if they call it Widget

The programming language it uses is Dart, object oriented so for those coming from Java or C# it is simpler. They have also introduced ready-to-use UI components that integrate the guidelines of Material Design and Cupertino, which speeds up development. The documentation is still to be improved but they are on track. 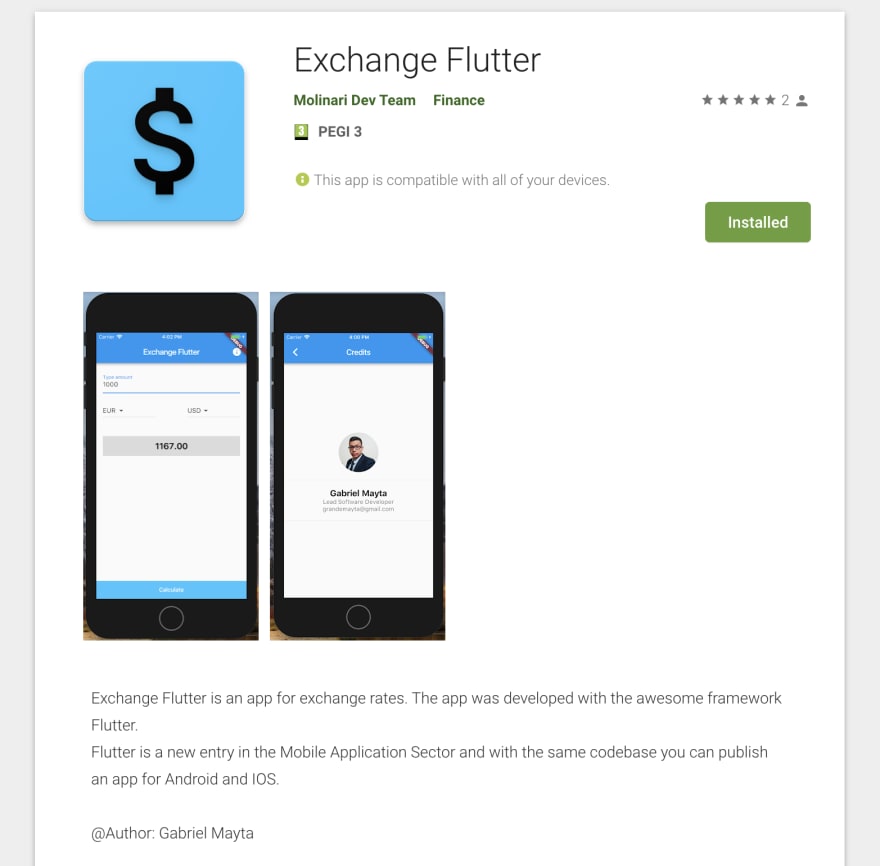 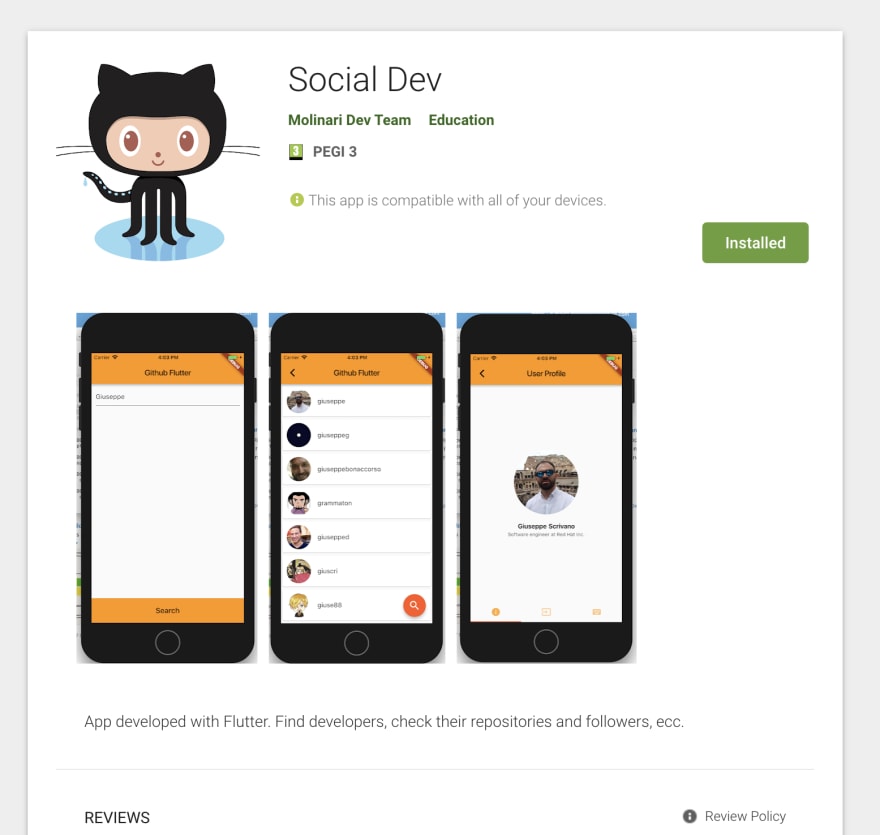 To keep you updated I recommend you follow their official channel on Youtube where they publish videos under the title of Boring Flutter Development Show.

Below I leave the links of the 2 projects that I shared on Github:

Once suspended, grandemayta will not be able to comment or publish posts until their suspension is removed.

Once unsuspended, grandemayta will be able to comment and publish posts again.

Once unpublished, all posts by grandemayta will become hidden and only accessible to themselves.

If grandemayta is not suspended, they can still re-publish their posts from their dashboard.

Once unpublished, this post will become invisible to the public and only accessible to Gabriel Mayta.

Thanks for keeping DEV Community 👩‍💻👨‍💻 safe. Here is what you can do to flag grandemayta:

Unflagging grandemayta will restore default visibility to their posts.