"So what I need you to do is set up the FileMaker database with an EC2 instance on AWS."

Huh? I just got comfortable with accepting data using FileMaker's Data API and now you want me to MIGRATE A DATABASE to a service I've just now heard of? Ladies and Gents, strap in because I am about to take you on a wild ride on my day of 3 weeks ago!

For those unfamiliar with AWS, I'm about to open a whole can of worms for you. I like to compare AWS to Adobe Creative Cloud. Both are amazing because they can do basically everything in their respective fields. Both are terrible because they do EVERYTHING IN THEIR RESPECTIVE FIELDS!

Fine, let me explain. Imagine you just want to make a video slow mo. Cool, you boot up Adobe Premiere and if you have no idea what you are doing it could be a 45-minute endeavor of clicking through menus, scrolling through forums, and watching tutorials at 1.25 speed cause the person TALKS TOO SLOW! I JUST WANT TO MAKE THIS VIDEO SLOW-MO!!! ...Same deal with AWS. If you don't know what creative cloud is, then that's awkward. What's even more awkward is I successfully migrated the database to an EC2 instance before I even knew WHAT an EC2 instance was! How did I do it? I followed the instructions on the FileMaker website like it was the BIBLE.

Why should I care?

For the longest time, I ran through those cute little YouTube tutorials. Doing my own thing, I'm comfortable. Safe from the scary world of server management, best practices, figuring stuff out on my own. I had no reason to care about AWS, devops, or backend. Like it or not, chances are if you are a web developer, your code will end up sitting on some cloud machine. It would be smart to learn how it works. Maybe you don't have to know it EXTREMELY well, but just to have an idea is good. Eat your apples, it's good for you.

Side Note: Let it be known that while I only mention basic AWS stuff, the AWS rabbit hole goes deep. There are a lot of services and a lot of things you can do with AWS!

Alright, we made it through the first section and only almost lost our cool. That's pretty crazy, but the really crazy part is that I'm getting the hang of AWS and I actually love it! I don't want to act like I am some AWS pro, I'm very early in my path to mastery. I just want to use this website to write a post to the person who was me a month ago. All this cloud mumbo jumbo that I didn't get. AWS and cloud computing doesn't have to be so scary. In fact, once you get over the initial learning hump, the speed at which you learn will get a lot faster. Watch, AWS at it's barest bones is an EC2 instance (which is just a Linux machine that you can set to be accessible by the internet), and S3 buckets which you can think of like a Dropbox folder. WELCOME TO AWS! Below I've put together a list of content that should help you get into AWS. It's a mix of official and non-official content so be aware that they may be out of date. I know that AWS documentation can be scary but in the end, it will be the most efficient way to go. So as soon as you are feeling comfortable, hop in those docs! 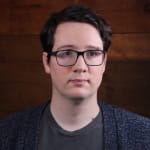 🎉 Published My First AWS Udemy Course And I Want You To Have It For Free!

I hope if you have never looked into cloud computing that you at least glimpsed at those videos and the dev.to post. I have been having an immense amount of fun learning about the possibilities of AWS and I hope I've convinced you to give it a shot. To those out there way smarter than me, if you have found any factual errors or a better way to explain something. Please let me know in a comment! Y'all take it easy out there! :D

My VS Code setup

Grant Ralls
I'm a gamer who got lost while learning how to make mods. Now I make web apps.
Why I Stopped Watching YouTube Tutorials
#webdev #beginners #learning #junior

Once suspended, grantralls will not be able to comment or publish posts until their suspension is removed.

Once unsuspended, grantralls will be able to comment and publish posts again.

Once unpublished, all posts by grantralls will become hidden and only accessible to themselves.

If grantralls is not suspended, they can still re-publish their posts from their dashboard.

Once unpublished, this post will become invisible to the public and only accessible to Grant Ralls.

Thanks for keeping DEV Community 👩‍💻👨‍💻 safe. Here is what you can do to flag grantralls:

Unflagging grantralls will restore default visibility to their posts.