This article is a brief introduction to what transducers are and how to use them.

A transducer is the equivalent of an operation on a stream of data elements.

That man is a kind of transducer, it takes data elements from its input and may send some on its output: 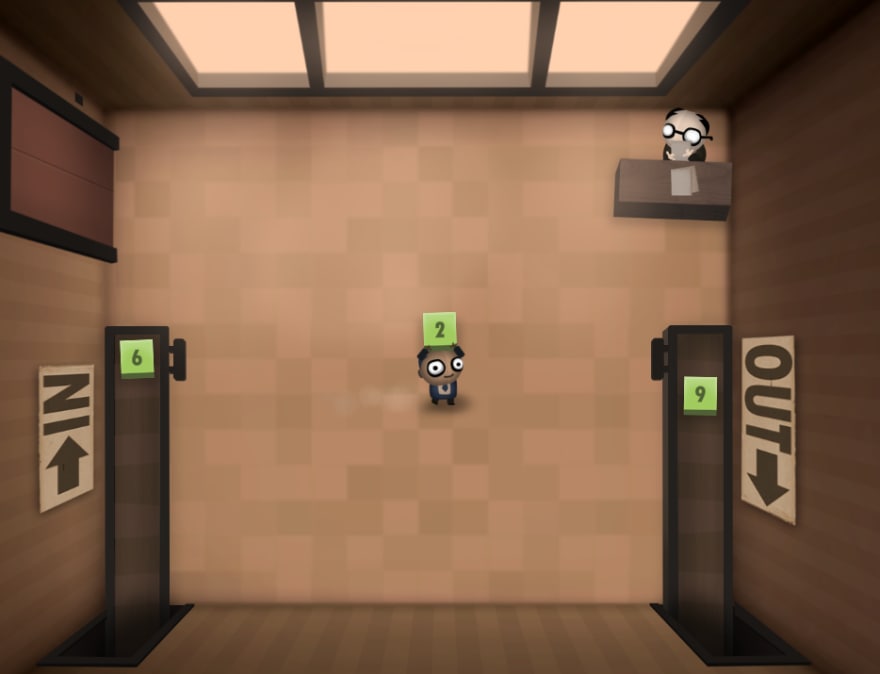 You can see it as a function which is called exactly once for each element of the input stream, and which can spit any number of elements to its output stream.

There is a special emphasis on the fact that:

🤓 Note: If you want to play at being yourself a transducer in a funny fictional world with an intuitive and simple programming syntax, give this cool game a try.

Here is the simplest transducer:

It accepts some data elements as input and gives the exact same data elements to its output. Except that at the moment it has no friends, nobody gave him data and it was not provided an output. A transducer alone is like a stomach without food (hmm .. let's not talk too much about the output in that case, but notice that it still needs a place to go).

Let's use that transducer properly. Here the into function gives it some data elements from a list and collects its output elements into a vector.

Another example with a transducer that actually does something with its input, it transforms each char into its preceding char in the alphabet.

Notice that you can use any function f which takes 1 value as parameter and returns 1 value by using the form (map f). Simple and easy.

Now let's see some built-in transducers which do not have the same number of input and output elements.

This one gives 1 or more output elements for each input element.

Multiple transducers can be piped together to give birth to more complex data processing pipelines. This is done via the comp function and the result of the composition is a transducer. The data elements flow one after another through the pipeline, no buffer is used for storing intermediary results between each of its steps - that's a streaming process.

Clojure has a few transducers which are very popular because they are handy.

[TODO: insert a link to a post that my future self will write about it]

In the next post, I talk about the anatomy of a transducer and how to program your own.

Once suspended, greencoder will not be able to comment or publish posts until their suspension is removed.

Once unsuspended, greencoder will be able to comment and publish posts again.

Once unpublished, all posts by greencoder will become hidden and only accessible to themselves.

If greencoder is not suspended, they can still re-publish their posts from their dashboard.

Once unpublished, this post will become invisible to the public and only accessible to Vincent Cantin.

Thanks for keeping DEV Community 👩‍💻👨‍💻 safe. Here is what you can do to flag greencoder:

Unflagging greencoder will restore default visibility to their posts.