The most common question that you hear in the Web Development world is Which framework to choose while developing a website?
Its completely evident that React and Angular are currently two of the most trending frameworks in the industry.

Most of the time, it is difficult to conclude which among all these frameworks is the best one. Rather you should be looking for an answer for Which framework will work best for me?

For answering this question, lets compare both of these frameworks on the basis of certain parameters in order to find their pros and cons:

MongoDB, Express.js, Node.js are already highly popular with their excellent documentation. However, the learning curve vary between Angular and React. 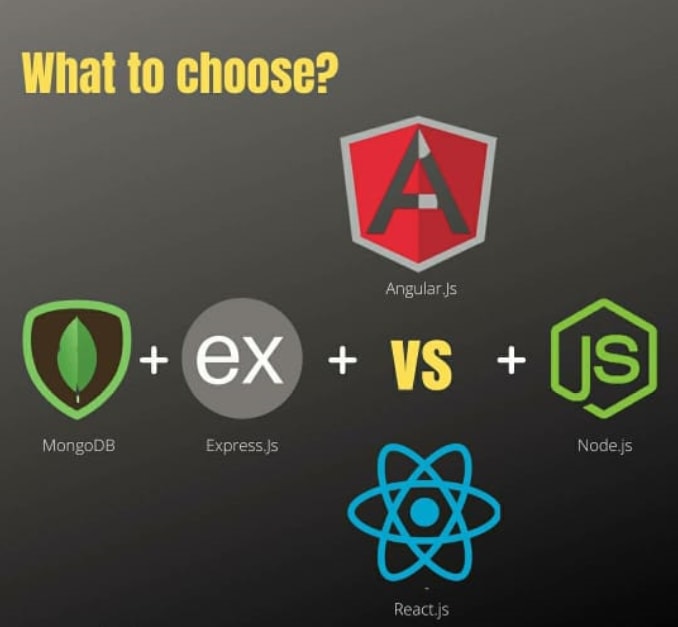 1) Learning Curve:
Angular is having a steeper learning curve as it is a complete framework which uses Typescript and templates unlike React which is a library where yo don't have much learning curve. 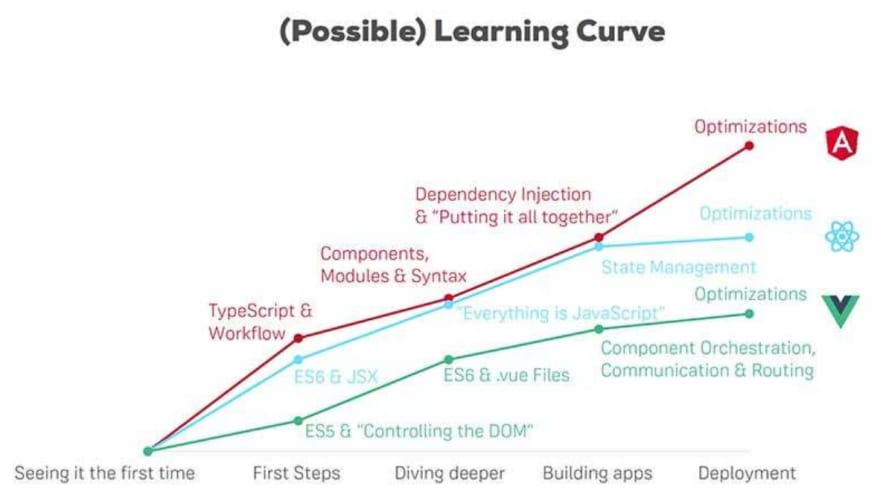 2) Documentation:
If we talk about quality of documentation, React offers better documentation which makes it easier to learn than Angular.

3) Productivity:
Angular offers better productivity because of its complete framework and it features a Command Line Interface(CLI) which enhances developer's productivity.

4)Upgradation:
Upgrading your React code offers more effort due to the presence of third party libraries unlike Angular in which CLI makes it easier.

5) Data Flow:
The data flow is bidirectional in the case of Angular as if you change the UI then it automatically changes the model state.

It is quite different in the case of React where the data flow is unidirectional.If you use React, you can only able to change the UI after changing the model state.

6) Data Binding:
The unidirectional data binding in React provides you with a better data overview, which helps you to manage large projects.
This makes the MERN Stack more suitable for managing larger projects.

On the other hand, if you are expecting small project then bi-directional data binding offered by Angular will be more effective approach then you'll suppose to use MEAN Stack here.

7) Size of your Project:
If you are having a large project then React will be effective so you should use MERN Stack for such projects.

On the other hand, Angular fits smaller projects so you should use MEAN Stack for such projects.

8) Level of Experience in your team:
If you're highly experienced that knows web frameworks very well, then use Angular as in such cases, the level of supporting documentation doesn't matter to you.

But if you have moderately experienced team, then React is a better choice for you.

9) Performance:
React offers better performance as it updates the Virtual DOM than Angular.

If performance is your key criteria, then the MERN Stack is a better choice for you.

11)Long-term enhancement and Maintenance of your app:
Both Angular and React are having significant popularity. However, React is gaining popularity and you'll find easier onboard for React developers in the future.
So if you have large pipeline of enhancement work and you foresee long-term maintenance requirements, then you should use React.

The summary to the debate of React vs Angular is that there is no absolute right choice, a conclusion that you probably didn't expect.

Each of these libraries has its own benefits and drawbacks. Based on the project you're working on and your individual requirements, one of these is going to be more suitable than others.

It's always key to do your own research before deciding, especially if you're going to be working on a business venture and not on a personal project.

Once suspended, gurshehzadsingh will not be able to comment or publish posts until their suspension is removed.

Once unsuspended, gurshehzadsingh will be able to comment and publish posts again.

Once unpublished, all posts by gurshehzadsingh will become hidden and only accessible to themselves.

If gurshehzadsingh is not suspended, they can still re-publish their posts from their dashboard.