Hi there!
It is 2020 already and what's a better way to start off the new year than to recap what we've already know such as how to walk and breathe and get drunk? LOL

Today I might bring up some real basic concepts of hashmap in Java. I am pretty sure a lot of you already know better than anyone on this one. If that's the case, feel free to click the go back button but if you are a little unsure or have no idea what I am talking about, it is up to you spend 2 minute reading this article! 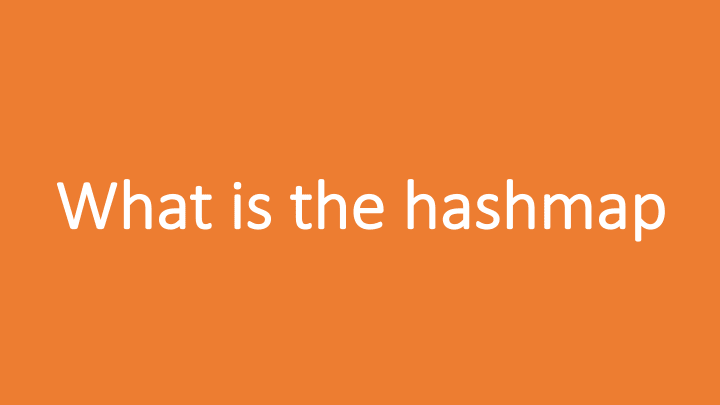 Well, the most well known definition of has a hash map would be a data structure that implements an associative array abstract data type, a structure that can map keys to values.

To make it even easier,
you know when we think of an array, we would probably think of a number index to access to a certain value. ex) arrayName[index]= value
Same goes to hash map except that we can use key instead of number index values.
As shown in the image below, the hashmap is an array of nodes that has Key and Value which makes look ups to be much easier and more efficient by using key values.

If we look into the hashmap slightly more in detail, we can see it looks like a table that has nodes so called buckets which can represent a class having following objects: 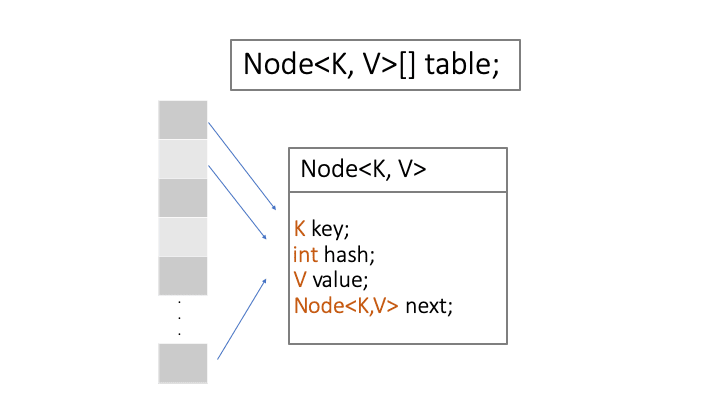 Alright, now we kinda understand what the hashmap is, then it is time for us to have a try to work with it to understand how it actually works. 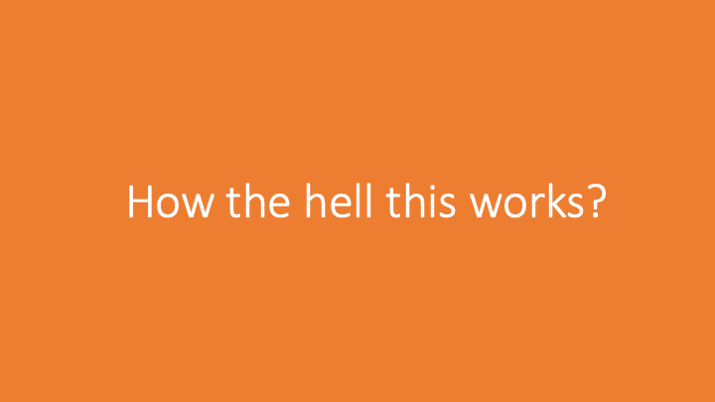 To explain the steps in order to access to a certain value using key, first of all, I would like to insert some values into the map first for better understanding.

To insert the values, we can use put(k,v) method and to to that, let's quickly create a simple hashmap called scroes where we will be storing the names and scores accordingly.

Once the hashmap is created, the size of the map will be automatically initialised by 16 which makes the index of the map starts from 0 and finishes to 15.

Now let's say we want to put these three records into the scores map.

To start with the first record, we will be going through this put() method as shown below.

Let's go ahead and start inserting the data.

After this process, the map will look like this 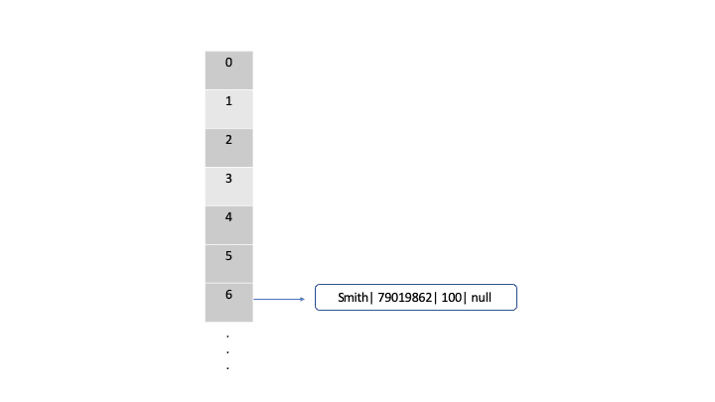 After following the same steps for all the records, the map will end up looking like below 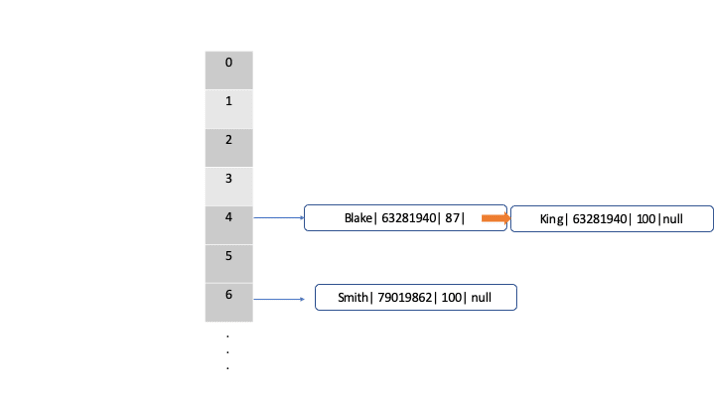 Wait, hold on a second, some of you might have noticed that we have 2 records in index 4 node. How did this happen?

If we scroll back a bit up to where we get the index by hash & (n-1), we can check those two records end up having same index which is 4 in this case. Let's say we tried to put Blake's record first and there shouldn't have been any problem, like we understood the data "Blake | hash| score| null" must have been inserted.

But as we insert Kings record after, we will figure out that they have same index number, the map will automatically put the record next to the Blake's record by changing the null value to point out to the next node which is King's in this case. That is how the outcome looks like the map above.

This will also lead us to this question.
"If they have same index number, how do we access to them?"

In order to access to the nodes, we can use get(k) method.
This method looks like this.

Now, let's say we want to find King's score in this hashmap using 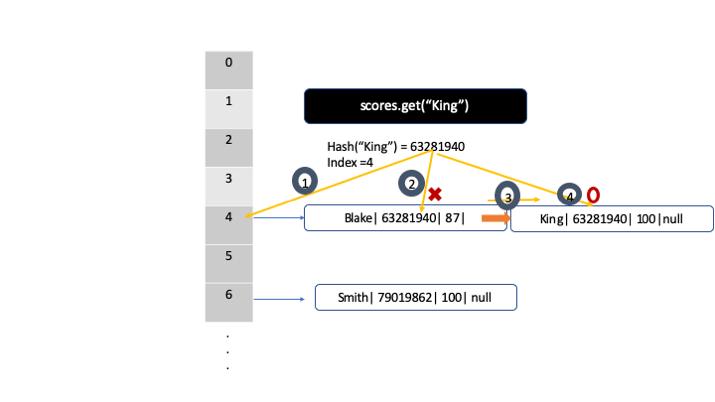 Alright!
Today, we have talked about some of the basic concepts of hashmap. Actually, the reason I brought this topic up today was that I realised that hashmap come across very often we we code and it is very easy to just overlook, thinking that we understand how it works 100%. However, when I faced some complicated issues, I realised that I wasn't really understanding how it works and how to use it properly. I hope it helped for some of you guys to understand little bit better about hashmap and not get confused later when we really need to go through some concepts along the way of programming.

Thanks a lot for your time to read this article and Happy new year!!! 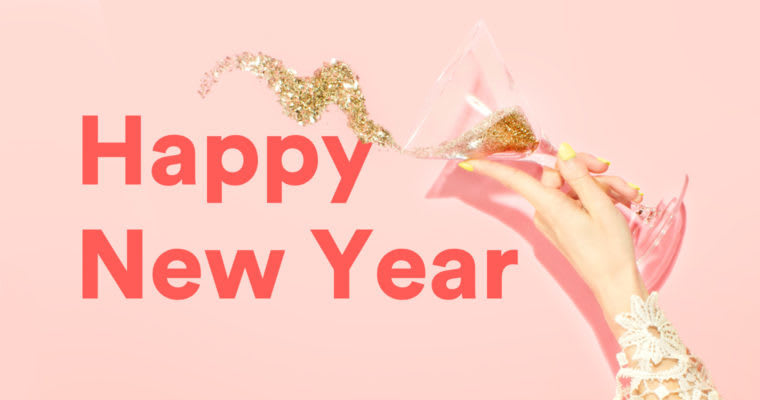 How to draw text on Canvas using drawText API in Jetpack Compose?

Emma Ham
Not so sure what I am supposed to write here, but sometimes we don't need to know everything, do we:)
KOTLIN COROUTINE: don't click, this post is only for myself
#android #kotlin #beginners #programming
Android: Accessing view, now what? (butterknife, viewbinding, databinding comparison)
#android #kotlin #dev #beginners
WARNING: MEMORY LEAKS (feat. Java, Android Studio)
#java #android #beginners