There is so much chit chat going around about Andela. Some people are talking based on rumors or pain of not making it to the fellowship while others speak based on fact. I am going to write about what Andela means to me. 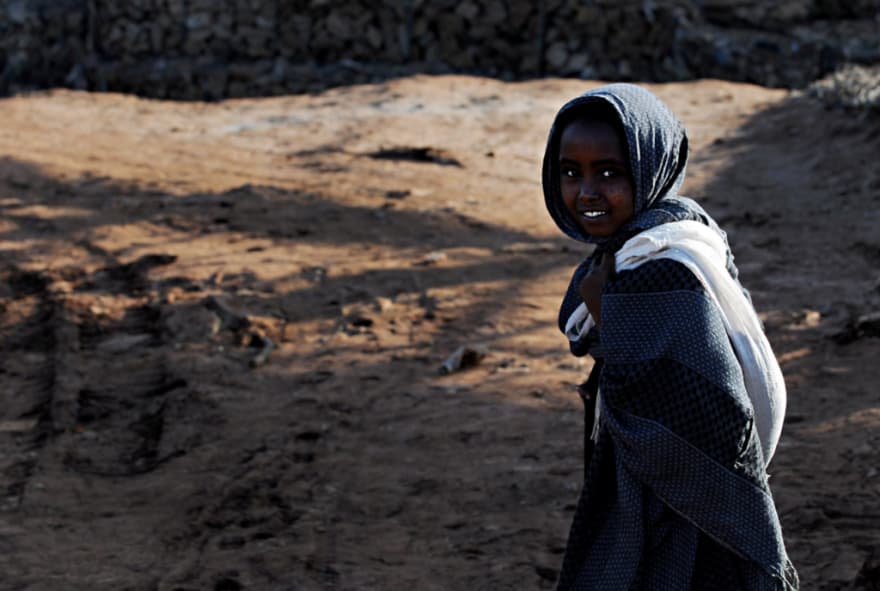 I am a village girl born at home and delivered by a local midwife. I grew up eating sweet potatoes and pumpkins before graduating to Ugali with local vegetables such as salakushe and mnavu. I went to nursery school under a tree and in my first lessons, we used to write on the ground. For counting, we used sticks and small balls made of mud, locally known as sokota. School was a routine to me. It was a place where children were taken for 8 years before they were married off. Ooh, yeah, in Kwale, girls were married off as early as 12.

In my village, many things happened. Some of them were terrible things such as ethnic clashes that forced my family and I to seek refuge in Mombasa. I was taken to boarding school at the age of 11 and the teachers could not accept me because I was too young and my parents were counties away. Long story short, I went back to Mombasa and returned to boarding school when I was in class 7. Despite the odds, I performed very well in the national exams. I was admitted to Loreto High School, Limuru, a top national school in Kenya. I always wanted to be an engineer, because I thought I had the gene in me and my dad supported that.(Somehow, I think one of my great grandfathers was a fixer aka engineer). Unfortunately, I did not make the points for the engineering course I wanted.

Time was flying so fast and the deadline for choosing a degree course was approaching. I did not have any other course in mind that I liked. It happened that there was this guy I liked who had a computer and had allowed me to use it to choose a course. He selected Computer Science with Mathematics and the love in me told me to choose Computer Science in another university. That way, we would hopefully meet in some inter-university forum. Honestly, I don’t know what I was thinking. I still chuckle when I remember that time of my life. Unfortunately, he got another girlfriend in the first semester of the first year and I watched as our love faded away.

When I left campus, I went to stay with my father in Mombasa. Every day before he left for work, he would ask me, “with your degree, what kind of companies can you work for?” Every time, I gave him the same answer; “any company with a computer.” He looked out for me and told me of his friends who had printing and photocopying businesses. I asked him to be patient while I tried out freelancing. I was scared that I would turn out to be like the rest of the village girls who had university degrees but were left at home to bear kids and take care of their husbands. 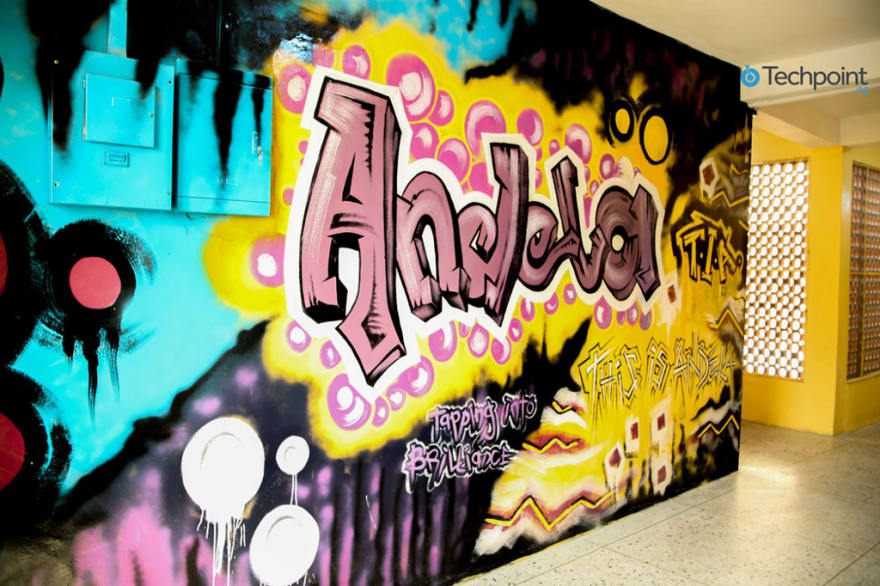 It was so frustrating because I had sent over 50 applications to different companies and none had got back to me. One day, I saw Andela’s email informing me that I had been invited for an interview. I felt like a trumpet player in his loft releasing the melancholy, expressing the anxiety of celebrating the joy of his day.(Wow, I have no idea what this means but it sounds good in an English composition). I packed my laptop as I sang and danced in celebration. I bid my dad goodbye and took the night bus to Nairobi. I did my interview and took the night bus back to Mombasa. Yes, you are right, it was a very long and tiresome journey. A few days later, I got an invitation to join the two weeks bootcamp. My first reaction was, where would I stay? I had only been to Nairobi for a day at most, how was I going to survive two weeks? Luckily, one of my friends from campus lived in Kibera which was very close to Andela’s offices. I requested to stay with her for the two weeks and she agreed. A very wonderful lady, God bless her soul. After bootcamp, I was invited to join the fellowship. It felt like a dream. How was it possible that I was among the chosen ones? With all the issues with my machine? But I’m just a village girl, I thought to myself. This can’t be happening — trust me imposter syndrome is real.

Fast forward to one year later and I have worked with two awesome companies, one of them Github. Yes, the world’s leading software development platform. The company that hosts more than 71 million repositories, both opensource and business. The … okay, that’s enough about Github. I have boarded a plane, not once or twice. I have travelled outside the country and continent. I have been invited to a Ruby conference as a panelist and to a RailsGirls event in Mombasa as a coach. 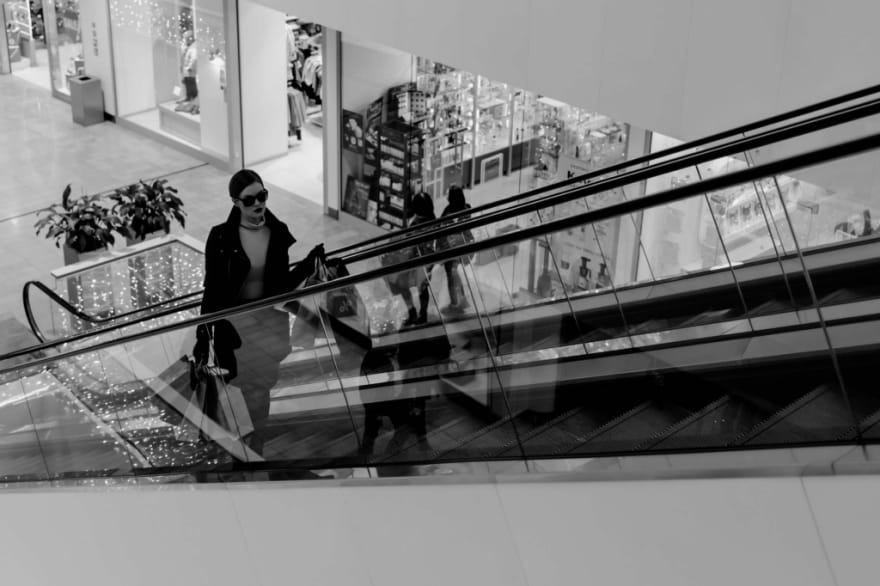 Now, I want you to think about that young girl in the village with a red plastic container carrying boiled cassava to school. She doesn’t have a book or a pen because she doesn’t need them. She will write on the ground and sing nursery rhymes until it’s time to go home. Now think about this other lady you meet in Dubai or Amsterdam shopping in high end malls. She is wearing a Louis Vuitton double-breasted leather trench coat and Shalimar perfume. (Daaaaaamn, I’m getting goosebumps as I write this). She is the same village girl, but this time round, she is carrying a MacBook and a Google Pixel 2 phone. Ooh, don’t forget the Prada handbag (Well, my phone is somehow close in appearance and I’m gonna get one of those handbags).

This is Andela. Andela has invested in my potential. Andela has taught me so much, more than I could ever have imagined. Not in a class setting, but by giving me the opportunity to interact with different cultures and share ideas with smart people. Andela has given me a chance to dine and wine with renowned people in the technology and entrepreneurship fields. Andela has given hope to not only me, but to my entire village. I can now go to the village and tell that boy or girl to put more effort in his studies because he can be anyone he wants. Andela has given hope to the young girl in the village who thought her life would end up programmed like the other women around her who are competing over the number of children they have given birth to. Andela has expanded my mind and my thinking. That is what Andela means to me.

Using ESLint to help find bugs in your JavaScript Projects

Hannah Masila
A die hard software developer. I do Ruby on Rails, Python and Javascript frontend. I am also an ambassador for mental health awareness
Why doesn't useState has a dependency array?
#discuss #react
June 23rd, 2022: What did you learn this week?
#weeklyretro #weeklylearn #discuss
Music Monday — What are you listening to? (June 27)
#watercooler #discuss #music

Once suspended, hanmaslah will not be able to comment or publish posts until their suspension is removed.

Once unsuspended, hanmaslah will be able to comment and publish posts again.

Once unpublished, all posts by hanmaslah will become hidden and only accessible to themselves.

If hanmaslah is not suspended, they can still re-publish their posts from their dashboard.