As a result, you may have too much or too little blood flow in that area of the body. And in the worst case scenario, the blood vessels, with their thinner-than-normal walls, can rupture. When this happens in the brain, it's called a Subarachnoid Hemorrhage (SAH).... Also more commonly known as Stroke. And that's where my AVMs were. In the left frontal lobe of my brain.

As you can imagine, it was quite a shock. To be told the moment you became a "legal adult" that you harbored a ticking time bomb in your brain, which could rupture at any moment. There's no known cause, and no prevention. Many people don't even realize they have one and live to a ripe old age and pass away peacefully.

In my case, I had a relatively un-peaceful grand mal seizure before my 21st birthday, and after months of testing, finally got my diagnosis. Half a year later, I had a craniotomy to remove not one, but three AVMs from my brain (apparently they didn't realize I had 3 until they opened me up). 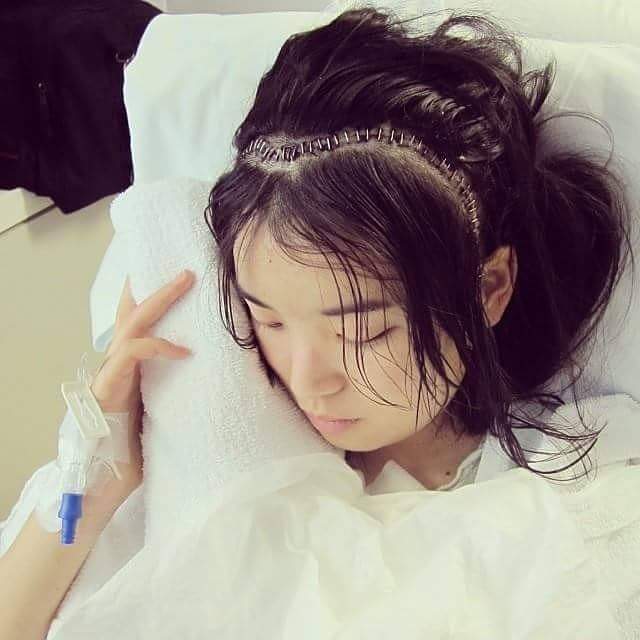 My senior year of college was a bit too dramatic and exciting, to say the least. As a result, I developed Acquired Brain Injury that caused a whole slew of issues, like Executive Function Disorder, Anxiety Disorder, Panic Disorder, Sleep Disorder, and Non-Epileptic Seizure Disorder (triggered by my Anxiety Disorder). I probably had more diagnoses in the first year or two after surgery, but I can't keep track of them all.

Suddenly, I went from a student who could push out a 10 page paper overnight and get an A to someone with such severe Executive Function Disorder that I couldn't even watch a 5 minute YouTube video without getting distracted. Reading journal articles was almost impossible, and so was organizing my process and thoughts enough to do assignments. Everything I took for granted as a life-long nerd and "Gifted" student was suddenly gone. And I was left scrambling to figure out who this "new me" was, and how to best deal with the situation.

My short-term memory was shot. My anxiety was out of the roof. I couldn't prioritize tasks to save my life. Everything you should have learned as you were growing up was gone.

"You'll never be able to work or become independent!"

In my last year of school, there was a buzz around me that was getting louder and louder. Adults around me telling me that I'll never be independent because of my disabilities. I'll never work full-time. I'll never be able to move out of my parents' house, and they will have to take care of me for the rest of my life. At some point, it got too loud. And the moment I graduated, I packed a duffel bag, backpack, suitcase, and my pillow, and got on a one-way $15 bus to New York City.

I knew everything adults around me were saying were true. I could barely drive. I was working part time at an acupuncturist's office, which was comfortable, and the doctor kind. I was living with my parents, because I was still barely able to physically take care of myself, much less earn enough of a living to support myself. I knew everything they were saying were true... Back home. So I left. I left the security, comfort, and insulated bubble of the suburb that I grew up in, and left for the capital of the world.

I of course didn't have a job. I had negotiated a sublet for half a year, and decided that if I didn't find a job in that half year, I will go home. But at least I would have tried and failed. I figured having tried and failed is much better than having never tried, and spending my whole life wondering what would have happened if I had just tried.

I worked 2 days a week as a babysitter to pay my rent and daily expenses while applying to every job listing I could get my hands on that were anywhere remotely related to my interests. I was looking for jobs that dealt with Disability Advocacy. New York is the mecca of nonprofit organizations! But I soon learned that 1) they aren't looking, 2) even if they were, they weren't paying very much, and 3) you better have a connection.

Half a year and hundreds of resumes later, I had landed on a very random job that changed my life forever. My first full-time job (that paid less than minimum wage now) was a Junior IT Helpdesk Engineer job. Never in my life did I think I would be working in a technical job. I was a Special Education Teacher, for god's sake! But here I was, saying yes to a job I had 0 qualifications for, assuring myself that if it didn't work out, I'll just quit after the 3 month trial period and go back home.

From there, I took a job as an IT Support Analyst 10 months later, and 14 months later, moved on to a tech startup as a Technical Services Engineer. My second job as an IT Support Analyst was extremely toxic, so I was very glad to have landed the TSE job. The team was great, the opportunities were great, and I began working with what I later began to understand as the ~Cloud~. Until then, most of what I worked with was legacy Windows Servers related infrastructure. At this tech startup, we were almost 100% committed to the Cloud, moving legacy equipment to the Cloud as well. And best of all, I was finally blessed with a team.

Everything wasn't great. The IT department was so understaffed that I quickly developed what was later diagnosed to be stress induced Rheumatoid Arthritis. It took me half a year to find a doctor that took me seriously and referred me to a Rheumatologist instead of a Psychologist. 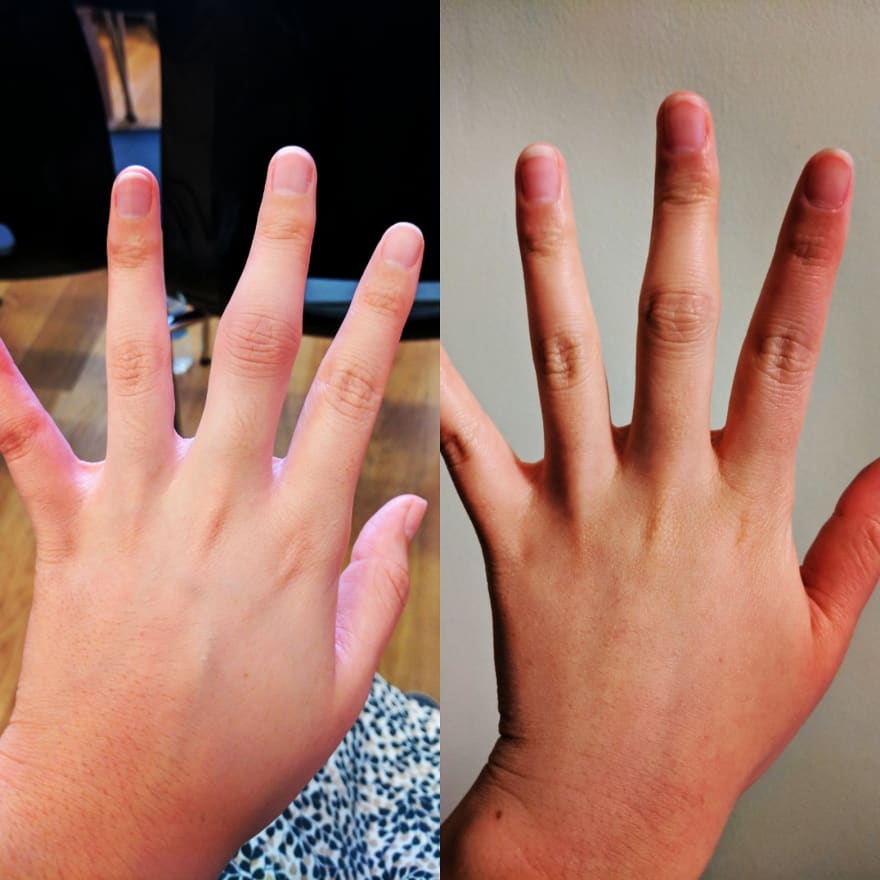 My joints, ranging from my foot, elbow, shoulder, fingers, and even my jaw were affected, inflamed and locking up. I could barely get out of bed or open my bedroom door without tearing up in tears. Brushing my hair and changing into work clothes were enough to clench my teeth against the pain.

After half a year of searching for answers, I finally received my diagnosis and a treatment plan. I've been on the chemotherapy pills for almost 3 years now, and they have been working great to keep most of my symptoms under control so that I can move around and work. The appointments and medications and blood tests cost me an arm and a leg, but I at least have a life.

Two years into my tenure at the tech startup, almost everyone who was originally in my department were gone. The supportive community was no longer there, and the chain of command was replaced with people who were much more interested in the numbers and dollar signs than the employees.

I lost the allies I had in my department, and after a year of stress and anxiety, where I developed insomnia and flare-ups of my arthritis, I finally "got the hint," and put in my notice.

Instead of finding another full-time job, I decided to really make changes in my life, and go freelance/self-employed. The decision didn't come easily. The "status quo" is to have a full-time job with full benefits until you're ready to retire, and then retire. As someone with multiple disabilities and acute health issues, I felt that perhaps I didn't have the luxury of "Working until I'm dead." I needed to make a life change now, and it needed to make an impact. 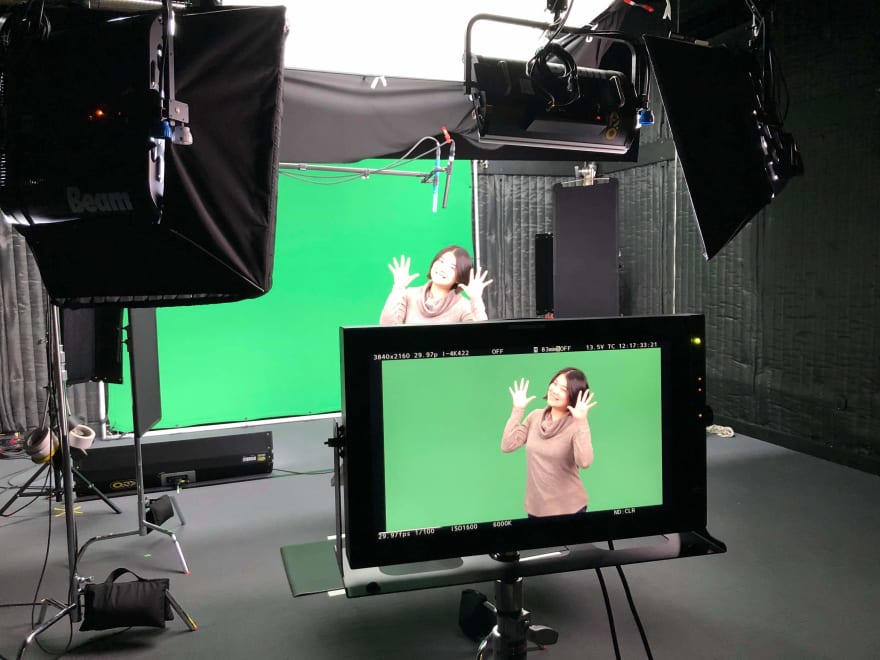 For half a year before I quit, I had been working A LOT. I was working my full-time job, as well as creating courses for LinkedIn Learning. I was also babysitting, dogsiting, writing... Anything to bring in a few bucks here and there to pad my savings for pursuit of an "alternative" lifestyle. A lifestyle where I wasn't bound to the confines of "working full-time for the rest of my life and retiring at 75."

As a result of a few years of conscious and deliberate saving and investing, I had a small nest egg to rely on if this "self-employment" business really flopped. And to tide me over until I found a full-time job, if needs be. I had also pared down my lifestyle to the point that if I didn't need to actively save more money, I could sustain myself on part-time work.

In summer of 2019, I said "good bye" to my 3rd and final corporate job, and began my new career as a Technical Writer, Technical Instructor, and an Educational Consultant.

I've been living this "part time work" with emphasis on my health for a little over half a year now. After just a month of quitting corporate, 90% of my chronic pain were magically gone. My insomnia was almost immediately gone.

After few months, I began actively exercising, and I'm feeling much, much better. I have also been blessed with amazing clients and work partners who have been actively supporting me through the transition, and I am also a proud Technical Instructor with four online courses hosted at LinkedIn Learning: Introduction to AWS for Non-Engineers 1~4. 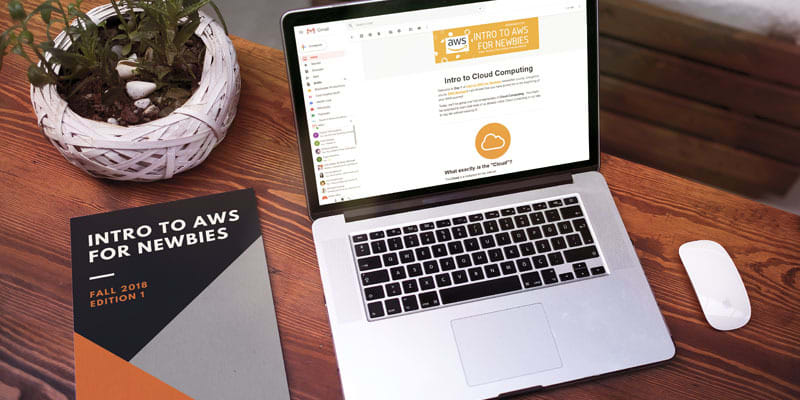 I also founded Cloud Newbies, a platform for "Cloud Newbies" and "Cloud Professionals" to mingle, ask questions about Cloud Computing, study for certifications together, and network. Exactly the kind of place I was looking for when I first started looking into Cloud Computing.

AWS Newbies, my "first born child" is still going strong, and thanks to its existence and brand, I have been able to get many of my Technical Writing gigs.

Once I recovered from my Brain Surgery, and began accommodating for my Brain Injury, "Surviving" wasn't enough for me. I wanted to Thrive. And I had to figure out how.

Though the life I'm living now is very different from what I imagined going in to college, with dreams of becoming a Special Education Teacher, I love it. And though both the Tech Culture and my body has repeatedly caused pain and struggles, I am very glad to have all of the experiences and backgrounds that create "Me."

I'm Hiro, I am a disabled minority woman in tech, and Nevertheless, I am Thriving.

An Intro to AJAX and the XMLHttpRequest Object

Hiroko Nishimura
AWS Hero. Author "AWS for Non-Engineers." Instructor "Introduction to AWS for Non-Engineers." Founder "AWS Newbies."
15,000 GH stars in a year: how we did it 🤩
#opensource #career #devjournal #programming
What was your win this week?
#discuss #weeklyretro
Should developers study 20 hours a week after work?
#career

Once suspended, hiro will not be able to comment or publish posts until their suspension is removed.

Once unsuspended, hiro will be able to comment and publish posts again.

Once unpublished, all posts by hiro will become hidden and only accessible to themselves.

If hiro is not suspended, they can still re-publish their posts from their dashboard.

Once unpublished, this post will become invisible to the public and only accessible to Hiroko Nishimura.

Thanks for keeping DEV Community 👩‍💻👨‍💻 safe. Here is what you can do to flag hiro:

Unflagging hiro will restore default visibility to their posts.