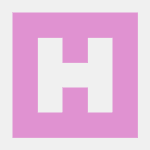 Tracking my bipolar through GitHub contributions!

This 👆👆 post reminded me of one particular breakup years ago that took a long while to come to its conclusion and in the meantime had me convinced that I would soon need help. I observed myself being very hopeful one moment and seemingly devastated the other with sometimes just an unanswered phone call as the transition point. It was stupid and silly, but it was also painful and I didn't know what was going on in my head and how to stop it.

As the cliché with geeks goes, in the hour of desperation I turned to code. Over a weekend, I decided to get some metrics on my issue, because y'know… you can't fix what you don't measure. I was working with Django, so I used it to serve a form that let me store a questionnaire to database.

Now just the MoodLog would have sufficed to produce and look at a graph that goes up in steps to a good mood and crashes all the way down with little reason. Enough to satisfy a curiosity, but not enough to fix my emotional upheaval.

There's no fixing a problem until the facing-the-problem part is sorted out first. I made another table that would add follow-ups to my data-points. I kept going back to every data-point to update it if new information was available about it.

I needed to show to myself that my fears and reactions were either valid - in which case I had bigger problems, or that they were another fantastic creation of my own mind - something I could possibly tackle myself.

It took me two weeks of meticulous logging before the patterns were undeniable as I stared at the graph page that I had added in the weekend in between. Crazy ups and downs in a single day! More interesting were my follow-up logs, I had to eat my words (the implications I expected) so many times… it was humbling. Then something funny happened. As I kept going back and writing the follow-ups regularly, the graph began to smooth out slowly. The deviations from current mood became less volatile, almost bounded to three-four point drop, not more.

As I went from being utterly confused about my own emotional state to having metrics, my mind knew what to expect better than panicking with new imagination every time. The relation soon ended, it had run its course and we both moved on well. For sake of privacy, I destroyed that code and database hence no screenshots, sorry! But I'm glad to this day that the hack worked!

P.S. Lurker for a while but first time posting… am I doing this right?

Managing your secrets in Git 🗝

miny - an open source decluttered launcher for your Android device

Harshad Sharma
What FTP software do you use?
#discuss
What was your win this week?
#discuss #weeklyretro
Best Markdown Editor
#sideprojects #react #typescript #graphql