Here we will discuss the concept of processes in Operating system. For the basics of operating system you can visit the following article: 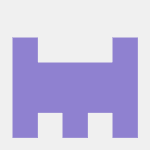 So, let's get going with the concept of processes.

Processes are the program in execution. It is not only a program code, but it can also be a program counter, current activity, heap, etc.

There can be 5 process states at any time, which can be as follows: 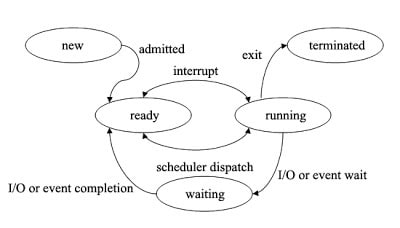 In a process, there are several kinds of different small processes(not to be confused with child processes) running simultaneously which are known as threads. For example, a word editing program can take input from the keyboard and run spellchecker simultaneously. These are 2 threads in a single process. 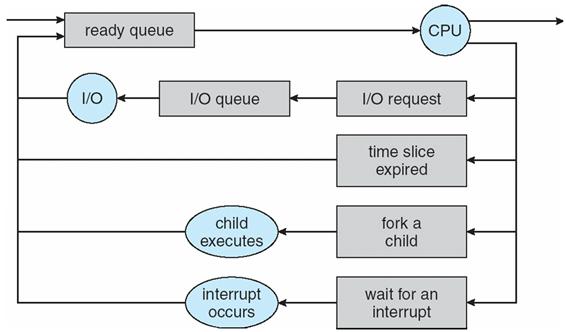 Any incoming program(or job) is first queued in job queue, then it is sent to ready queue when it is ready for execution. Ready queue is basically linked list whose head LL consists of the address of the first PCB(process control block) and tail consists that of the last PCB that are to be sent to CPU for execution.

Once the turn for execution comes, scheduler dispatches it to CPU where it is executed. If the job is computational only, then it will be executed and then the process is terminated but if it requires I/O or it creates child process whose execution has to be completed before the process to be finished, then the process waits for the time being and another process is allocated to the CPU in meantime.

Once the interrupt/I/O/child process finishes its execution, the process is again queued to the ready queue and then it is terminated after it is done processing through CPU.

Job scheduler schedules how a job is allocated to the ready queue to be executed. Its work comes only when the ready queue has space or an existing process completes execution and its terminated, thus it has comparatively more time for its work, thus its name, long term scheduler.

CPU scheduler tends to be faster as it has to dispatch the program from the ready queue to the CPU for execution. Its work comes relatively faster as the program execution (or part of it) takes lesser time, thus its name, short term scheduler.

Most of the processes can be divided into two categories namely I/O bound and CPU bound. I/O bound processes require less of computational work and more of input from outside whereas the CPU bound tends to be purely computational.

Schedulers collectively have to do the job of sending a mix of both the programs so that the resources are used efficiently. Let's say more of I/O bound processes are sent, then the job queue will be overloaded (as none of the existing programs is finished executing as they are waiting for I/O). On the other hand, let's say more of CPU bound processes are dispatched, then the I/O queue will be empty resulting in resource wastage.

Context switch is primarily what the medium scheduler does. When an interrupt occurs, the current state(or context) of the process is saved (known as state save or context save) and once the interrupt is over, the state is restored(state restore).

A process is terminated when its execution is finished or any other process forces it to terminate.

In some programs, termination of the parent process causes all its child processes to terminate. This is known as cascading termination.

Communication can be done through 2 ways(or models):

To illustrate this model, let's have a simple problem of producer-consumer model where the producer produces information to be consumed by the consumer. Here, both the processes to run concurrently, there have to have a buffer of items in shared memory which can be filled by producer and emptied by the consumer.

Two types of buffer can be used for the aforementioned process. THe unbounded buffer places no practical limit on the size of buffer. The consumer may have to wait for new items, but the producer can always produce new items. The bounded buffer assumes a fixed buffer size. In this case, the consumer must wait if the buffer is empty and the producer must wait if the buffer is full.

There should exist a communication link in order to pass the message between two processes. Issues related to these are:

Processes that want to communicate must have a way to refer to each other. They can use either direct or indirect communication.

Under direct communication, each process that wants to communicate must explicitly name the recipient or sender of the message. It can be defined as:

There is sense of symmetry in this scheme as both the processes know the name of other process. There is an asymmetrical variation of this, in which sender names the recipient but recipient doesn't need to get the name of sender. It can be illustrated as:

Under indirect communication, the messages are sent to a mailbox or port from where the recipient of the message can get it. It can be illustrated as:

Now, let's say Processes P, Q, R all share the same mailbox where P sends and Q, R receives. Then which process will receive the message sent by P and how to avoid the conflict?. It can be decided by the following methods:-

A combination of send and receive calls can be used.

Whether communication is direct or indirect, messages exchanged by processes reside in a temporary queue. Such queues can be implemented in 3 ways.

Apart from the above IPCs, three other models can be used for the client-server system: sockets, remote procedure calls(RPC), pipes

Sockets are the endpoint of communication. A pair of processes needs a pair of sockets. Sockets are defined as IP address followed by port number. For example, 162.0.0.1:80 means the machine has IP address of 162.0.0.1 and listening to port 80.

Servers implementing specified series (like FTP, HTTP) listen to well known ports( FTP to port 21, HTTP to port 80). All ports numbered less than 1024 are well known ports. Sockets allow only unstructured stream of bytes to be exchanged. Thus it is called lower level of communication. Structuring responsibility lies with the client or server application.

RPC is loosely based on message sharing model as a message containing all the information (such as listening port address, parameters for the function etc) is sent to the system with listening port. The message is received and if there is any output to be returned, is done in the same manner.

Another issue that can concern is, how the client and server know the port of each other as they don't share a memory? There are two approaches for this:

Pipes act as a conduit allowing the processes to communicate with each other.
There can be following issues while implementing a pipe:

Also known as anonymous pipes on Windows. This pipe is unidirectional and employ a must parent child relationship. This means this kind of pipe used for communication on same machine. Once the communication is over, this pipe ceases to exist.

Hope that the basic concept of processes become clear after this.

Once suspended, hrishi2710 will not be able to comment or publish posts until their suspension is removed.

Once unsuspended, hrishi2710 will be able to comment and publish posts again.

Once unpublished, all posts by hrishi2710 will become hidden and only accessible to themselves.

If hrishi2710 is not suspended, they can still re-publish their posts from their dashboard.

Once unpublished, this post will become invisible to the public and only accessible to Hrishikesh kumar.

Thanks for keeping DEV Community 👩‍💻👨‍💻 safe. Here is what you can do to flag hrishi2710:

Unflagging hrishi2710 will restore default visibility to their posts.