One of the most frequent UI components is the button. When it comes to forms, websites, dialogue windows, and toolbars—buttons are everywhere. They let users interact with a system and take action by selecting options.

There should be a clear distinction between links and buttons. When you want a user to do anything (such as submit, cancel, or delete), you use buttons; when you want them to go to another page, you use links.

A well-designed button makes it manageable for visitors to do the action you want them to take, boosting conversions. Let have a look at design suggestions for website buttons in detail in this article.

UX design research study reveals that people need to know right once what is 'clickable' and what isn't while engaging with the user interface. It takes time and effort for the user to decode everything in a design. The longer it takes for consumers to interpret an interface, the less valuable it becomes.

The question is, how can users know whether or not a particular piece is interactive? UI objects are made more evident by the use of prior expertise and visual cues. It is critical to utilize suitable visual signifiers (such as size, shape, color, shadow, button hover effects, and so on) to make the element resemble a clickable. Visual signifiers contribute significantly to the creation of interface affordances since they carry decisive information value.

As a result, discoverability suffers in interfaces when the signs of interactivity are minimal and necessitate user effort; this is unfortunate.

It doesn't matter how beautiful the design is if people can't tell what's "clickable" and what isn't from the get-go. If it's difficult for them to use, they'll become frustrated and decide it's not worth their time.

Designers often leave buttons unlabeled as interactive components out of an assumption that users would know what they are. When creating an interface, remember the following rule:

Make your button designs recognizable by using well-known images. Most users will recognize the following buttons:

The "Filled button with shadows" design is the most user-friendly of the bunch. When a user sees an object's dimensionality, they immediately recognize that it is a button.

Whitespace is crucial, so don't overlook it.

However, a button's functionality is just as essential as its aesthetics. Depending on how much whitespace is around the button, users will tell whether or not the controller is interactive. Here are some cool CSS buttons for your concept.

2. Give consumers what they expect to discover by placing buttons in strategic locations. 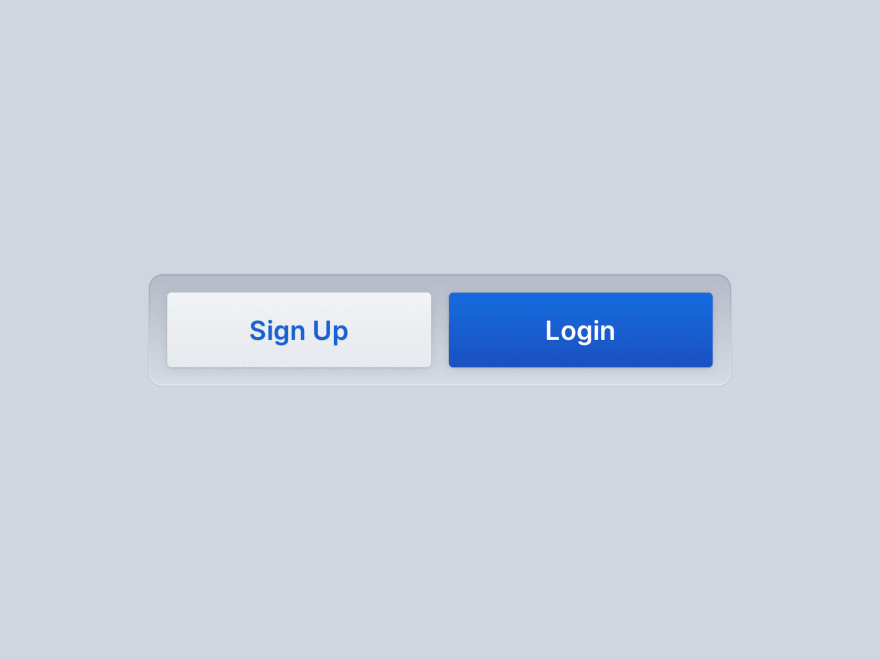 Users should be able to discover and expect to see buttons at strategic locations. Make it easy for users to find buttons. Users will be utterly unaware of the existence of a button if it is not easily accessible. As far as feasible, stick to conventional layouts and user interface standards.

Button placement that follows industry standards increases usability. Every button will have a clear function with a consistent layout since consumers won't be confused by its lack of visual cues. Utilizing enough whitespace, a uniform structure, and a clean visual style improves readability.

Consider discoverability while creating your design. Users should quickly identify an appropriate button on a page that contains activities you want them to perform when they first arrive.

3. Label the buttons so that you know what they do precisely.

Button labels that are too generic or deceptive might cause a lot of problems for your customers. Clearly state what each button does on the label. The button's label should, in theory, convey what it does precisely.

When a user clicks on a button, they should know what will happen next precisely. Here's a basic illustration to illustrate what I mean. Think about what would happen if you unintentionally deleted anything, and now you see this error message as a result.

The meaning of 'OK' and 'Cancel' in this dialogue is ambiguous. Most people will wonder what would happen if they clicked the "Cancel" button.

Use 'Remove' instead of 'OK' as the label. As a result, users will know what to expect when they press the button. You may also use red to indicate that pressing 'Delete' is a risky move.

4. Make sure your button sizes are correct. 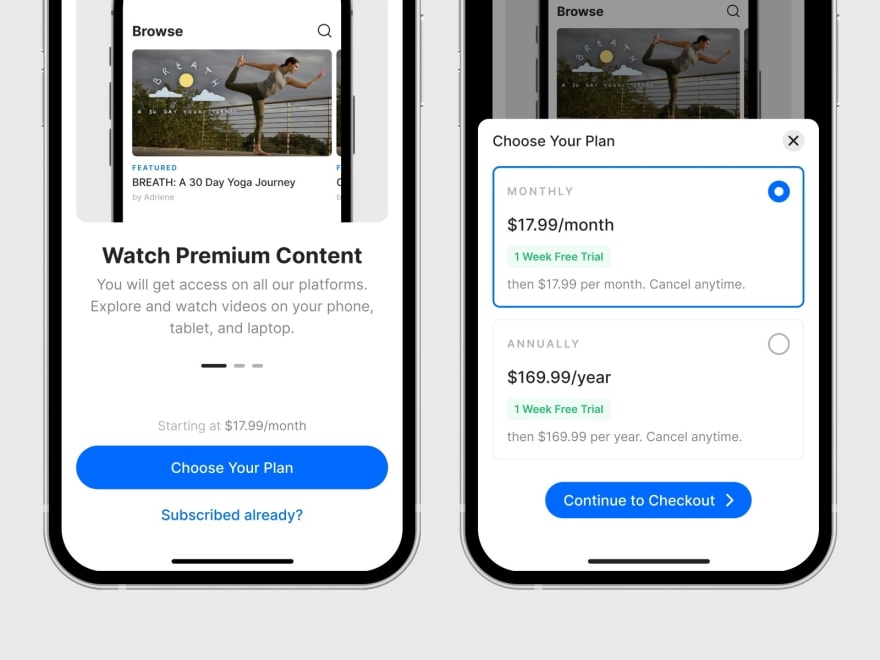 The size of a button should be proportional to its importance on the screen in modern UX design trends. The presence of a large button denotes the button's importance. Organize buttons according to their importance. Make the most crucial button appear to be the most vital. Make the primary action button as visible as possible. By making a button larger, you convey a sense of importance to consumers and contrasting color contrasts with the rest of the design.

Make the buttons on mobile devices easier to press with a finger.
Buttons are often too tiny in mobile applications. It is possible of Mistypings due to this.

5. Keep track of the sequence of events.

As the user and system converse, the sequence in which buttons appear should reflect that. Consider the series in which people anticipate seeing things on this screen, and build your screen to accommodate that.

6. Do not use an excessive number of buttons. 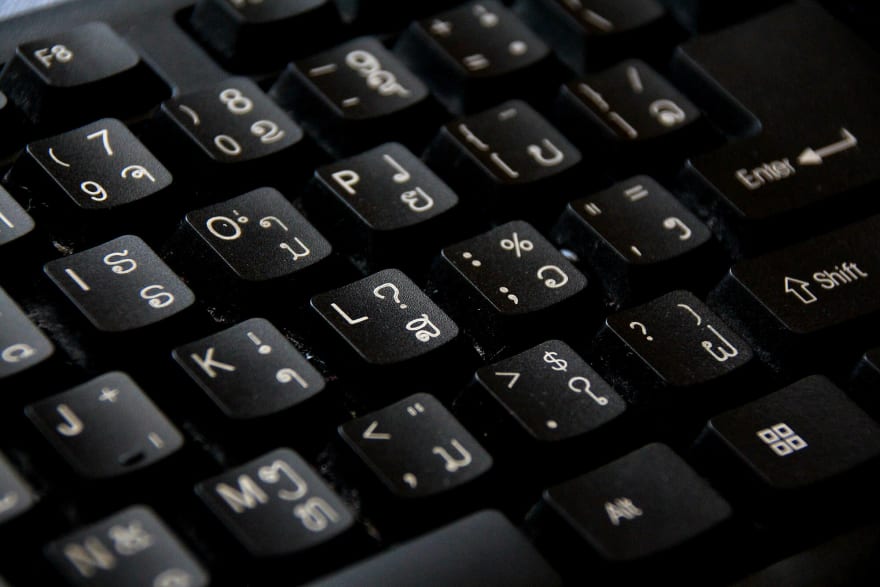 A lot of applications and websites have this issue. If you give your customers too many choices, they will do nothing. Consider the most critical activities you want your consumers to perform when creating your app or website's pages.

7. Provide feedback on engagement in the form of visual or aural cues

Visual or aural feedback can be used, depending on the sort of operation you're performing. Clicking or tapping a button is expected to result in some response from the user interface. Lack of Feedback to their interaction may assume that their order was not received by the system, leading them to repeat the same action. Such conduct frequently results in several different operations that are not essential.

What's going on here? When we engage with anything, we anticipate some response from it as humans. Visual, auditory, or tactile feedback are all acceptable forms of interaction acknowledgment. When downloading, for example, it's essential to acknowledge user input while simultaneously providing an update on the download's progress.

To avoid UX design mistakes, It's worth spending time and effort to make buttons as lovely as feasible even though they're a commonplace part of user interface design. Consistency and recognizability should always be at the forefront of button UX design.

Make your fonts responsive without javascript or media query

Once suspended, imiahazel will not be able to comment or publish posts until their suspension is removed.

Once unsuspended, imiahazel will be able to comment and publish posts again.

Once unpublished, all posts by imiahazel will become hidden and only accessible to themselves.

If imiahazel is not suspended, they can still re-publish their posts from their dashboard.

Once unpublished, this post will become invisible to the public and only accessible to Imia Hazel.

Thanks for keeping DEV Community 👩‍💻👨‍💻 safe. Here is what you can do to flag imiahazel:

Unflagging imiahazel will restore default visibility to their posts.