We like to think that we are the masters of our own destiny: that dspite a constant blitzkrieg of flashy, modern-world stimulation, we have sole governance over our thoughts and feelings. Our minds are a private, impenetrable chamber from which our thoughts spring forth. Our hearts and minds are inside of us. They belong to us. The outside world can't lay dominance over these things. Right?

We like to think this. A world where our wills can bend and fold to the whims of whatever stimuli we come across - now that's scary. Can a clever TV commercial really convince people to eat a hamburger? Can a mediocre, otherwise-uninteresting book actually force someone to murder John Lennon? Can the mere sight of a particular color change the way we think, feel, and behave?

I'd like to say no. But I can't. Because chickens wear sunglasses.

During the 1950's, farmers realized that raising chickens under red light yielded a multitude of benefits: The chickens were less aggressive. They were happier, friendlier, and more productive. Not only did these chickens eat less, they also produced more eggs. Additionally, chickens basking under red lights were far less likely to engage in the pesky habit of cannibalizing one-another. 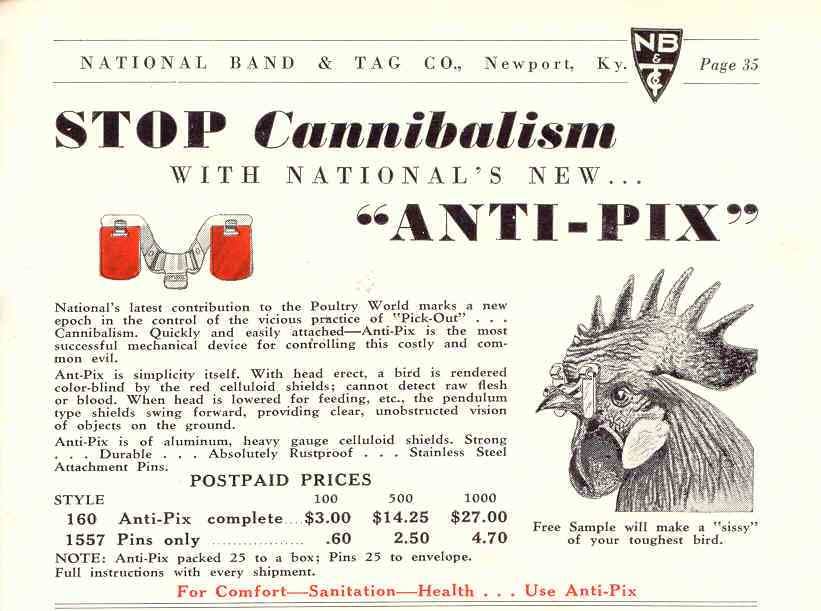 In short, happy chickens bathed in red light means larger profits for the farm owner. Unfortunately, the farm workers were not very happy working under red lights, as they struggled to see properly. So farmers devised an alternative approach: tiny, rose-tinted glasses.

This eyeware quickly saturated the industry. Afterwards, the price to produce an egg dropped to below a third of a cent. An entire industry had been forever changed.

So, if something as simple as red lenses can have such a profound psychological effect on chickens, could the same thing happen with people? Are we any wiser than chickens wearing sunglasses?

According to interior decorators, the answer is no.

Something as simple as the color of a wall can affect the way people behave, and how they see the world around them.

"Red is never boring," proclaims interior designer Denna McLaughlin. "A couple of big red chairs are inviting ... I also love red for drapery … it gives the room a soft red glow that makes people want to be together." Like chickens, seeing red invokes a clear emotional response in people. But unlike chickens, the color of blood doesn't always placate us. In a study where prison cells were painted various colors, it was found pink walls reduced aggressive behavior in inmates the most. Red, inversely, was associated with an increase in aggressive behavior.

"Color is all around us and even in our vocabulary. We say we feel ‘blue'," says interior designer and color expert Elaine Ryan. Colors and emotions are deeply intertwined in our psyche. Walking into a room decorated in blue can have a surprising impact: In these rooms conversions are quieter, workers are more productive, and pulse rates lower. Painting the walls blue will result in the room appearing smaller. Installing a blue floor will result in people feeling less hungry. This association between color and emotion reaches so deeply within us, “feeling blue” can literally prevent us from seeing other colors.

We’ve studied this phenomena since the Middle Ages, and scientists continue to study it today:

It is a fact that our environment can affect our mood, our productivity and our creativity. Yet, this doesn't mean we cannot likewise influence our environment. The colors in our world definitely color us, so it’s important we deliberately color our world in return. Understanding how our surroundings impact our minds allows us to better enforce the independence of our thought.

Take a moment to realize that what you're feeling, and what other's feel too, is part of a collaborative effort between every creative force in the universe. When José Ortega y Gasset said “I am I, and my circumstance”, he was probably not thinking about chickens in sunglasses. However, little things, like the color of your computer's desktop wallpaper, can effect how you feel about your life overall. So don't only be be mindful of what you create, but also be mindful of the company you keep. What's around you is also inside of you.

Though it may be nice to believe that our minds are a fortress - completely unaffected by our surroundings - it's simply not true. And if someone ever asks me how I could possibly know that with such certainty, my answer is simple:

How to provide an accessible high contrast alternative to a pastel color scheme?

A Simple Guide to Gestalt Principles In UI/UX Design

Once suspended, invot will not be able to comment or publish posts until their suspension is removed.

Once unsuspended, invot will be able to comment and publish posts again.

Once unpublished, all posts by invot will become hidden and only accessible to themselves.

If invot is not suspended, they can still re-publish their posts from their dashboard.

Once unpublished, this post will become invisible to the public and only accessible to invot.

Thanks for keeping DEV Community safe. Here is what you can do to flag invot:

Unflagging invot will restore default visibility to their posts.