My third contribution to the hacktoberfest 2021 was fixing the responsive design.
When I saw the word "responsive", it seemed very interested for me because I have not worked on css for a while after second semester of school.
I chose the issue that I could bring up my old memories from few years ago.
https://github.com/mohitbalwani/Citi-site/issues/1

It is an one-page website that is created with html and css only now, and had some bug with the last section when reducing the window size. 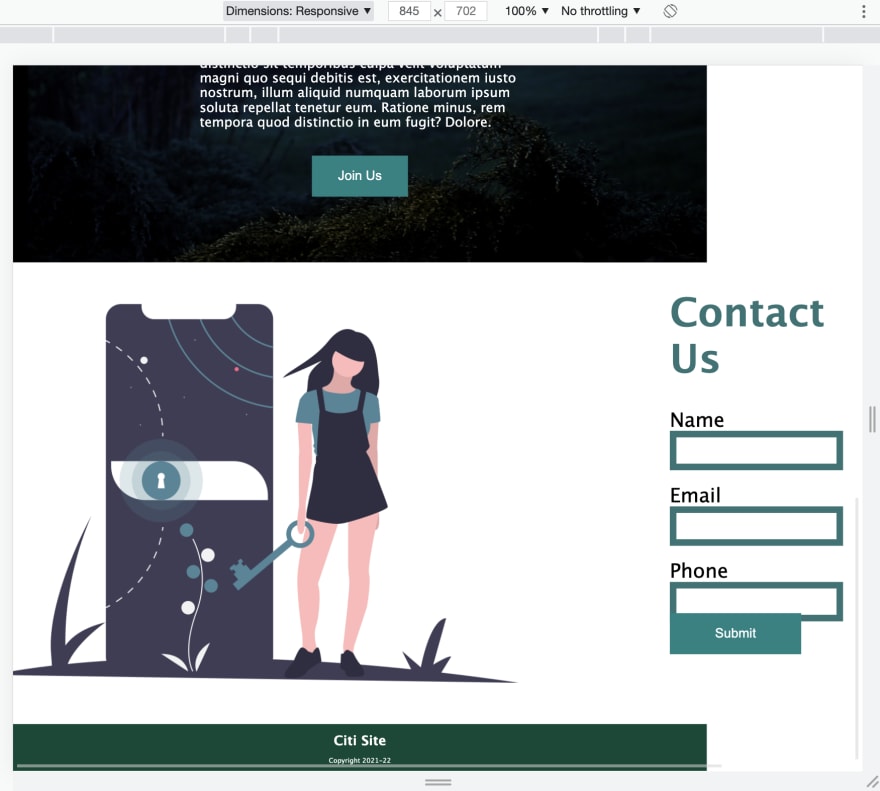 The update was made with css. I first updated the division of the section as two-column design.
Inside "row 4" division, I added two more divisions for the column designs. And added width as percentages to make those columns align horizontally.

After, I wanted to add some specific rules for smaller windows, by using "@media" struct.

After the fixes, with the smaller windows, width under 700px it looked like the image below. 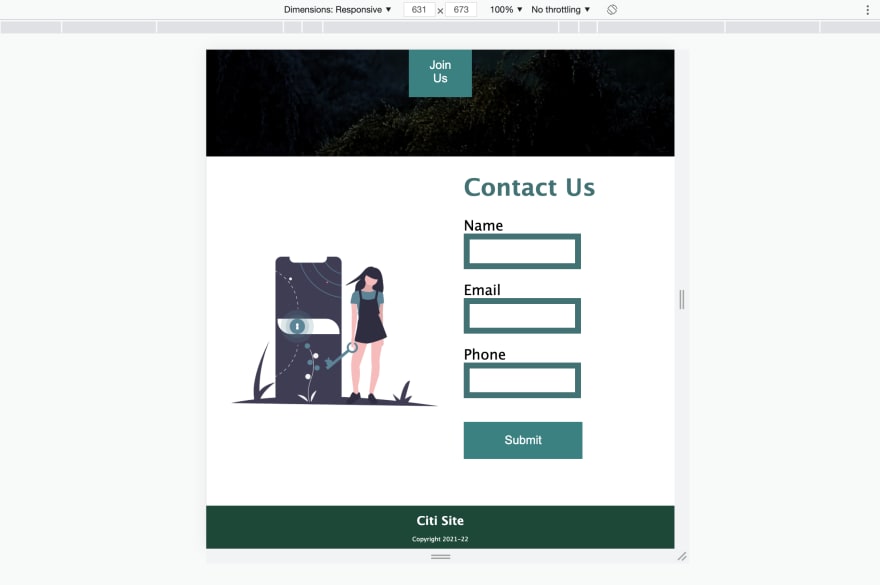 Also, I added another media struct for even smaller windows such as phones. 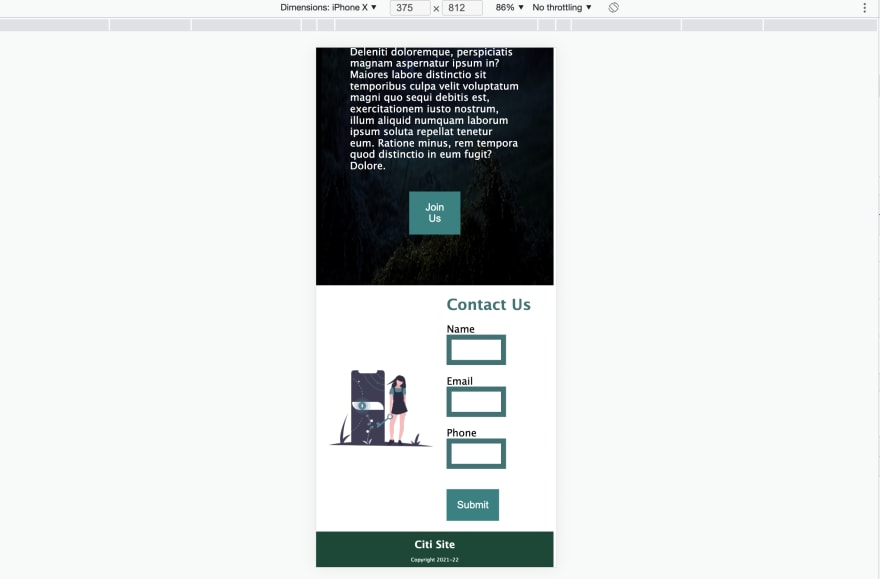 This issue had very little description and no Readme.md in the project, and that made me understanding the code little longer. However the owner of the project was very responsive and communicated with me well so that I could move on to solve the issues.

You can find my pull request on this issue below.
https://github.com/mohitbalwani/Citi-site/pull/4

dev.to codes! Collaborative coding experiment: The most liked comment picks the next line of code, day 1

How to use Babel's new addExternalDependency API

Once suspended, irenejoeunpark will not be able to comment or publish posts until their suspension is removed.

Once unsuspended, irenejoeunpark will be able to comment and publish posts again.

Once unpublished, all posts by irenejoeunpark will become hidden and only accessible to themselves.

If irenejoeunpark is not suspended, they can still re-publish their posts from their dashboard.

Once unpublished, this post will become invisible to the public and only accessible to irenejoeunpark.

Thanks for keeping DEV Community 👩‍💻👨‍💻 safe. Here is what you can do to flag irenejoeunpark:

Unflagging irenejoeunpark will restore default visibility to their posts.