Blueprints are abstractions used by architects and engineers to communicate the concepts and engineering elements through out a project design and implementation. Even more a floor plan could be used to prospect customers to decide into buying a new apartment. It is curious that engineers design blueprints to build skyscrapers that precisely tells the kitchen measurements on the 20th floor while end-customers are still able to walk through these documents and have insights. Furthermore, a layout has the following characteristics:

At first glance, one can guess that this picture represents a church or a concert room, this is absolutely not a house. Second, that the usage is explicit:

Coming back to software engineering, could a document be useful to precisely implement software functionality and also be used as communication with stakeholders? Consider the following software architecture documentations: 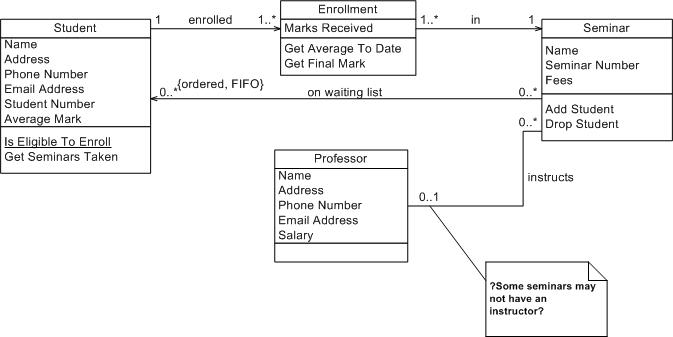 UML diagrams are high level abstractions and each one show an angle of the software design. For instance a class diagram shows the objects relationships and structures while use cases describe actors affecting the system and its behaviors. High level design is subjective and lacks the necessary information to implement the software. Occasionally diagrams are outdated or ahead of time. This gap between the abstraction and the implementation is equivalent to the one found on code comments, they don’t tell the truth. 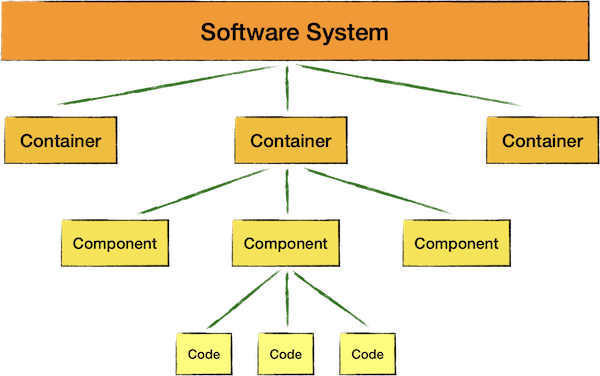  The C4 Model is an enriched diagram that uses layered view to visualize software architecture. It has four layers and starts with the System Context drills down into Containers, Components and Code. The relationships between these layers describe dependencies, data flow and intent. The Code layer expects an UML. The C4 Model tries to formalize the Box and Lines used by engineers to communicate software on last years and it promises tooling to keep the diagrams up to date with the codebase.

Source code is low level and it is so strict that its syntax can be validated by a compiler. It shows algorithms, variables and methods names. Especially when programming on low level languages it is hard to express intent and usage, fortunately modern languages are closer to natural languages and allows engineers to organize concepts and show the usage in codebases.

Codebases are the entire source code. Including filenames, assets, project organization and packaging. Everything from algorithms, tests and settings are part of it, for the better or worse the codebase is always telling the truth and is up to date. But why codebases are hardly used for communication with stakeholders? Could be one of the following reasons:

To address the elephant in the room it is necessary to understand what are the codebase’s pitfalls. Consider the following:

The UML diagrams and the C4 Model lack the necessary information to implement the software, they are subjective and even using the best tools the engineer can’t tell if their diagrams are syntactically correct and complete. Tools can automate the synchronization between the diagrams and code, however a gap will exist. Second, an engineer design diagrams, add interactions, print them but they can’t run, test and deploy diagrams.

Source code and codebases have the necessary details to implement the software, they are objective, unambiguous and have the most advanced tools available to walk through the source code, compile, execute, test and deploy. On the other hand, there is long list of failed projects and rotten codebases that couldn’t showcase anything.

This article series is an attempt to show how codebases could describe software for engineers and stakeholders.

The Software Architect’s challenge is to design a codebase that screams the use cases instead of the frameworks it uses. It sounds simple however most applications delivered over the Web scream HTML and Model-View-Controller. Other examples come from Pub-Sub systems where the code base screams Commands, Handlers, Events and Queries. Screaming usage is putting the use cases as a central organizing structure. Consider the rules of thumb:

To make it more clear see the next examples. It is expected that an e-commerce system shows the next use cases: 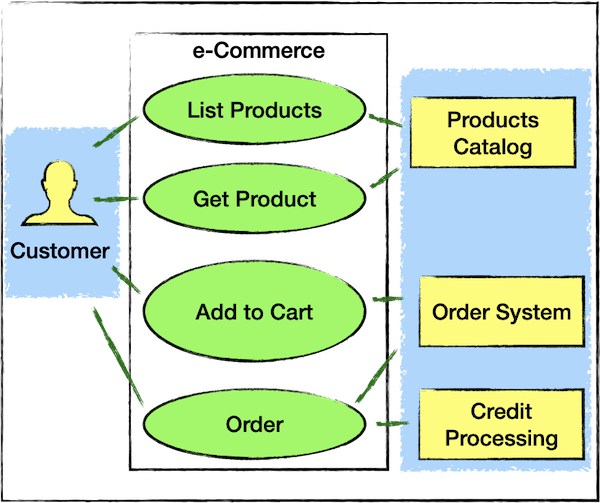 A banking system would have at the top these use cases:

To introduce Clean Architecture, first is necessary to define what it isn’t, consider the following misconceptions:

Less code does not mean Clean Code especially when it came through the cos of frameworks in the business logic layer. The immediate benefits of frameworks does not resist the time and complexity of the business rules implementation, workarounds are needed when the coding conventions needs to change. Coding conventions reduce boilerplate code however it should happens on the User Interface and Framework layers.

Software Architecture has similar challenges as civil engineering. An architect that puts usage in priority will make a better design.

Stay tunned for next articles.

Once suspended, ivanpaulovich will not be able to comment or publish posts until their suspension is removed.

Once unsuspended, ivanpaulovich will be able to comment and publish posts again.

Once unpublished, all posts by ivanpaulovich will become hidden and only accessible to themselves.

If ivanpaulovich is not suspended, they can still re-publish their posts from their dashboard.

Once unpublished, this post will become invisible to the public and only accessible to Ivan Paulovich.

Thanks for keeping DEV Community 👩‍💻👨‍💻 safe. Here is what you can do to flag ivanpaulovich:

Unflagging ivanpaulovich will restore default visibility to their posts.