Thank you Akshay Saini for this beautiful series. Just summarizing your lessons for whenever I need a quick recap. Same for others. Hope it helps.

It is JS interpreter’s default behaviour of moving all declarations to the top of the current scope before code execution.

1->Variable declarations are hoisted, while variable definitions are not.
Variables with var are hoisted, initialized, and assigned value of undefined

2->Function declarations are hoisted, while function expressions are not. 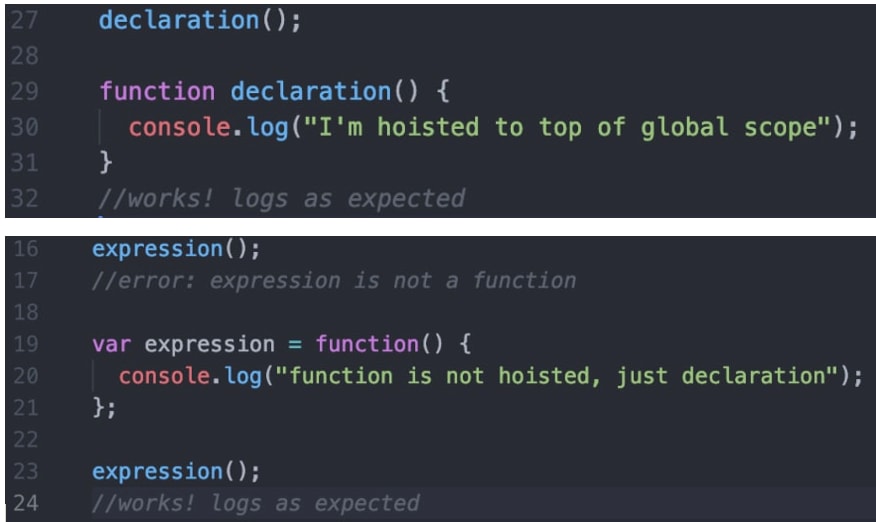 The above piece I read last year but still it was not that much clear until I watched Akshay's execution context video :)
Now, lets summarize the hoisting video which I completed yesterday.

Hoisting is a phenomenon in which we can access variable and functions even before they are initialised or assigned some value.

The first image is executing as usual.

In second one, when the getName() and console.log is moved upwards.
Result is x-> undefined

If line 5 is removed from code, reference error is shown in console.

Since we know that even before Js starts executing code, it assigns or memory is allocated to each and every variables and functions 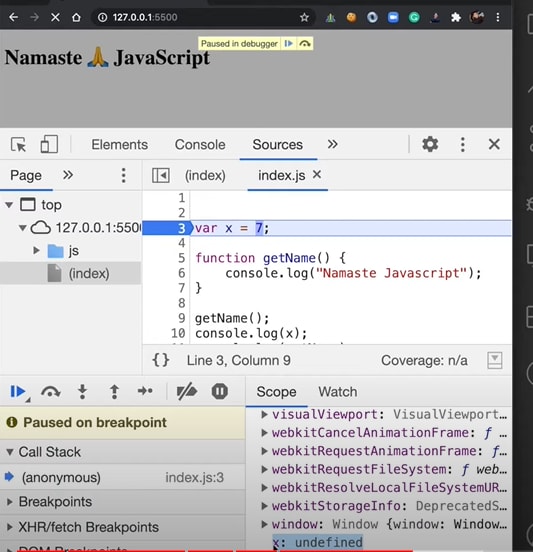 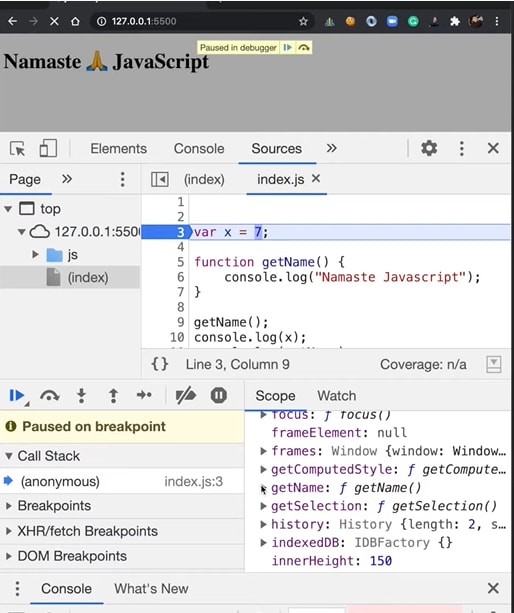 Now, what about third image ?

During memory allocation phase, x is not present in memory. That is the reason why it results in reference error.

Now, what about fourth image? 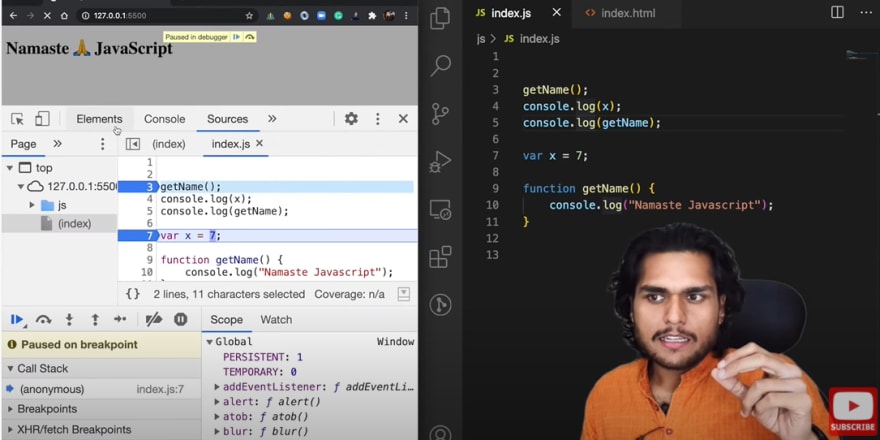 In case of arrow functions, it is treated as variable and is assigned a value of undefined instead of function body 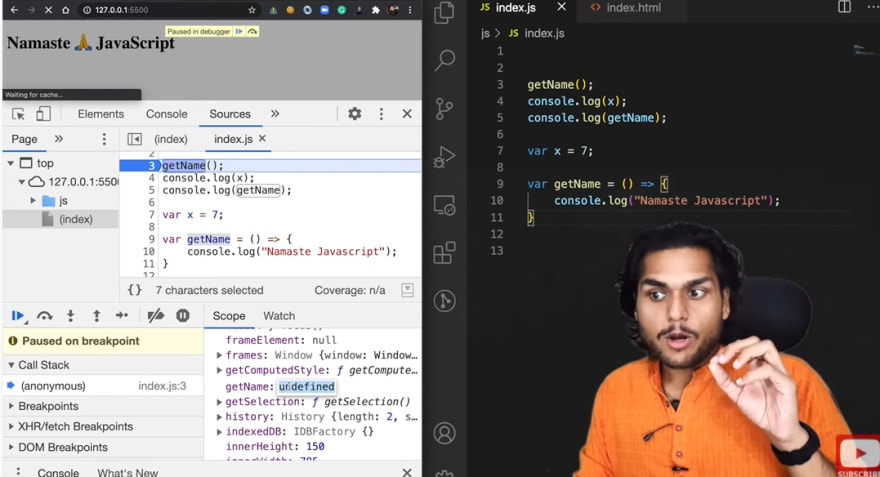 The state of MVU

Once suspended, jamwal21 will not be able to comment or publish posts until their suspension is removed.

Once unsuspended, jamwal21 will be able to comment and publish posts again.

Once unpublished, all posts by jamwal21 will become hidden and only accessible to themselves.

If jamwal21 is not suspended, they can still re-publish their posts from their dashboard.

Once unpublished, this post will become invisible to the public and only accessible to Abhinav Singh Jamwal.

Thanks for keeping DEV Community 👩‍💻👨‍💻 safe. Here is what you can do to flag jamwal21:

Unflagging jamwal21 will restore default visibility to their posts.