A rather short but hopefully interesting troubleshooting story that happened recently.

Lately, I was investigating a case of slow Docker image builds on CI server (Oracle Linux 7.5 with Docker devicemapper storage driver in direct-lvm mode). Each operation which altered layers (ADD, COPY, RUN) took up to 20 seconds - the larger the image, the longer.

A typical way of dealing with with apparently stuck program is collecting thread stack traces. Or goroutines' stacktraces in the case of the Go application.

A quick analysis showed that almost all the time was spent in NaiveDiffDriver.Diff. Here it is one of the dumps

What is a NaiveDiffDriver and why is it naive?

Docker image consist of immutable layers that are based on ordered root filesystem changes (and some metadata). Storage driver implementation handles merging of layers into a single mount point and provides a writable layer (called the “container layer”) on top of the underlying layers. All filesystem changes are written to this thin writable container layer. Each time a container is committed (manually or as part of building a Dockerfile), the storage driver needs to provide a list of modified files and directories relative to the base image to create a new layer. Some drivers keep track of these changes at run time and can generate that list easily but for drivers with no native handling for calculating changes Docker provides NaiveDiffDriver. This driver produces a list of changes between current container filesystem and its parent layer by recursively traversing both directory trees and comparing file metadata. This operation is expensive for big images with many files and directories. See here and here for in depth description of storage drivers in Docker.

The Device Mapper storage driver is good choice for running container in production on Red Hat and it's derivatives but not for building images because it's lack of native diff support. After some thought I choose overlay2 as a replacement. It turned out that native diff support in overlay2 in incompatible with OVERLAY_FS_REDIRECT_DIR option enabled in modern kernels: storage driver falls back to NaiveDiffDriver with a waring when it's detected.

I created a few virtual machines to confirm the source of the problem and to work on the solution. 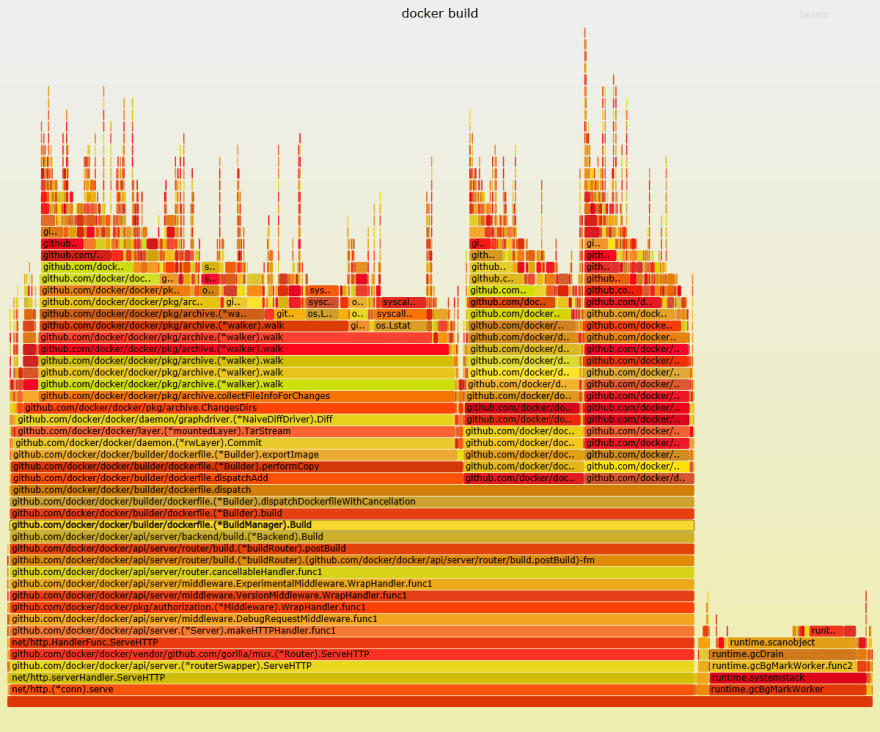 Docker daemon is spending most of its time in NaiveDiffDriver.Diff. 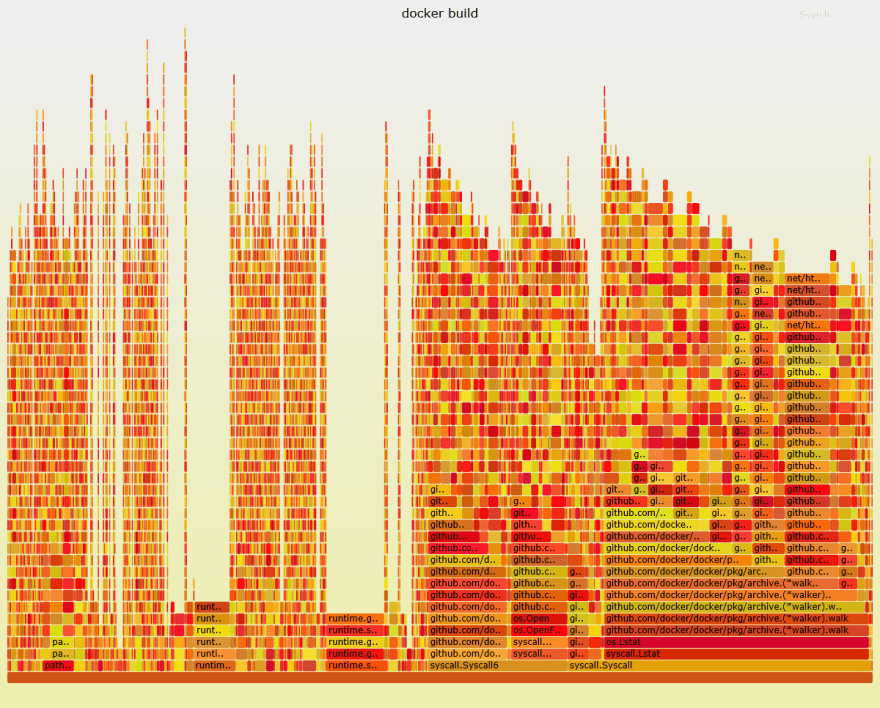 Once suspended, jarekprzygodzki will not be able to comment or publish posts until their suspension is removed.

Once unsuspended, jarekprzygodzki will be able to comment and publish posts again.

Once unpublished, all posts by jarekprzygodzki will become hidden and only accessible to themselves.

If jarekprzygodzki is not suspended, they can still re-publish their posts from their dashboard.

Once unpublished, this post will become invisible to the public and only accessible to Jarek Przygódzki.

Thanks for keeping DEV Community safe. Here is what you can do to flag jarekprzygodzki:

Unflagging jarekprzygodzki will restore default visibility to their posts.