You know when something is getting "hot" when all major tech companies (i.e. the Big Five: Facebook, Amazon, Apple, Microsoft, Google)  invest and build solutions for it. And this is exactly what is happening right now with the software modeling and low-code market. Let's see what are the solutions / initiatives each of these companies are proposing, each of them at a different level and targeting a different market but going the modeling route nonetheless!.

PowerApps is the no-code solution from Microsoft, targeting business users. As they put it, you can "begin with your data model and business processes to automatically generate immersive, responsive applications that can run on any device. Use a simple drag-and-drop designer to customize business entities and tailor the user experience to specific roles". 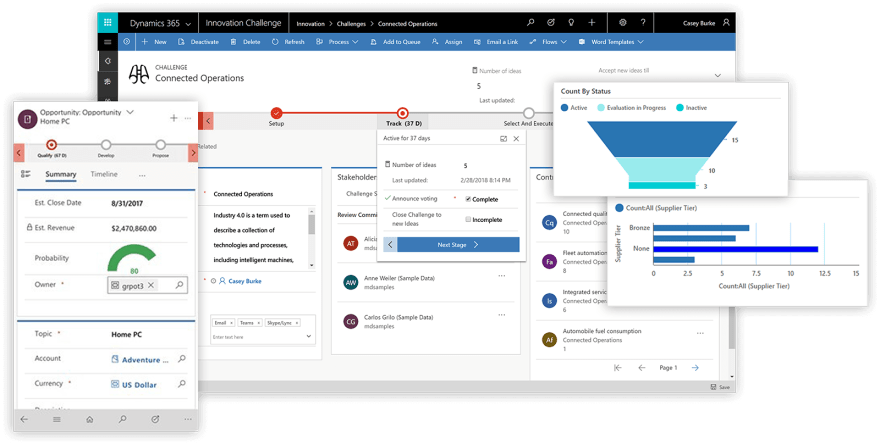 IMHO, PowerApps is more of a way to connect and exchange data among different business tools from Microsoft itself. Still, this is more than enough for a large variety of scenarios and many users than just need some quick tailoring of existing solutions. In the end, we should not forget that Access and Excel are already used as "development" tools (even "modeling" ones) by many people.

In short, App Maker is the PowerApps version of Google. With App Maker you can easily integrate a variety of Google tools and services, including data-driven apps on top of Google Cloud SQL. Templates, drag-and-drop UI design and declarative data modeling are available to designers to accelerate app development. 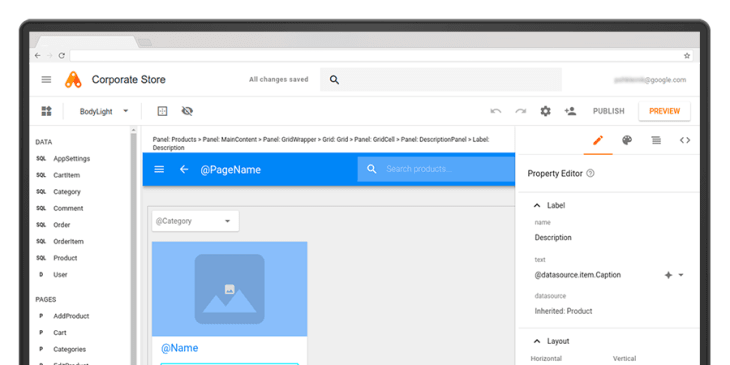 Better Apps. Less code. This is how Apple defines SwiftUI. With SwiftUI you can build user interfaces for any Apple device using a minimal declarative syntax, drag & drop support and real-time preview (WYSIWYG approach). It reminds me of Quid but an Apple scale :-) 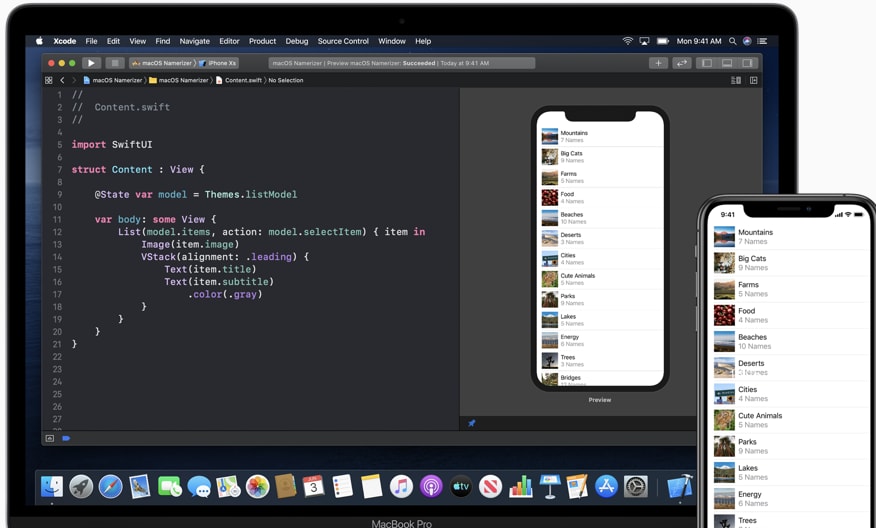 It's a more modest low-code approach than some of the other companies in this post but it shows that nobody can escape the democratization of software development movement. I wouldn't dare to call it citizen developers, we're not yet there, but we're indeed going in this direction.

Facebook is a single-product company so it doesn't make sense for Facebook to invest in developing a modeling tool to build external applications. But Facebook has indeed created React Native a cross-platform solution for mobile apps. As Facebook itself had to provide "native"-like versions of its software it made sense to invest and release React Native to simplify this process. 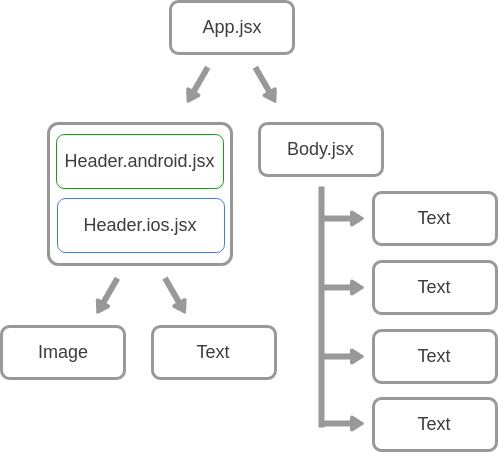 Amazon is the strangest case. Given the plethora of services they offer and the need to combine and orchestrate them, one would expect company-wide support for modeling tools. But it's not the case. They do have some declarative syntaxes for UI design (see the Alexa Presentation Language) but mostly ignore other potential useful modeling solutions. For instance, I guess something similar to this notation to describe Kubernetes deployment would also make sense in the Amazon context. They may see themselves more of as an infrastructure provider so they don't care what tools users employ in the initial steps of the development process as long as they deploy and run the designer services in their cloud. I still think the situation will change soon and will see an increasing modeling interest coming out of Amazon (in fact, there are indeed significant rumors about Amazon having a secretive "AWS for everyone" low-code project).

Note that another benefit of the solutions by these Big Tech companies is that their pricing model is more reasonable than that of other low-code solutions. These companies make money selling their core products and services, these tool builders are just another way to get more users to their ecosystem and to offer them additional value so that they stay.

And these are not the only big software companies releasing new low-code or no-code tools. For instance, Oracle has a long tradition of selling modeling and code-generation tools targeting the Oracle database and the surrounding ecosystem (Oracle Designer for Oracle Forms quickly comes to mind) and have now released a Visual Builder for mobile apps targeting less tech-savvy people.

For more on software modeling and low-code development, follow my blog

Jordi Cabot
ICREA Research Professor at IN3 (UOC) where I’m leading the SOM Research Lab focusing on the intersection between software engineering, AI and open source. Xatkit founder.
Beyond no-code: no-learn and no-work development
#nocode #lowcode #nowork #engineering
How we transformed our Chatbot language to a state-machine DSL
#chatbots #statemachine #dsl #bots
UML is 20 years old. What do the creators of UML think about the language now?
#uml #modeling