Far worse than arguments over lunar holidays is that everybody gets Pi Day wrong. Everybody is lying to you. It was on the fifth. You can trust me. I don't have an agenda like they do.

(Feel free to check out the original version of this post, too.) 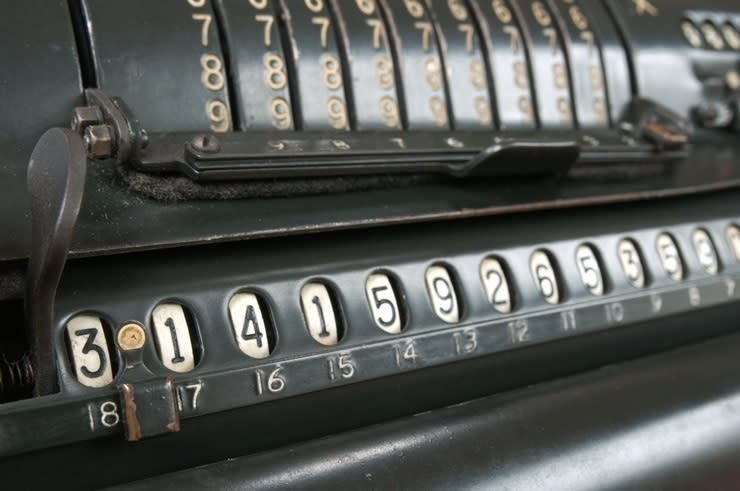 Bear with me. This may sound like an unhinged rant (and...OK, yes, it totally is), but it's all in service of a legitimate programming technique later on. I promise!

So, why is March 5th correct but March 14th allegedly wrong? Because this is about math. If we accept that the whole number three (3) is counting months to give us March, then we have an irrational number left over, 0.141592654…

Sure, we could read digits and pretend that they represent days to pull off fourteen like a follower, but there’s a few problems with that.

That’s terrible math for a day that’s about a mathematical thing, right?

So, what’s the right way to do this? If the whole number is the number of months to count, then the fractional part should be the fraction into that month. So, we get…

By this method, which is really just changing the radix (fancy term for "base") of the original number (π) to a mixed-radix system, we can drill down to whatever level of precision we need, yielding March 5th, 9:20:41.7644736 am. We have a consistent interpretation that works regardless of the radix we use to represent π to an arbitrary precision. (See more about this, below.)

You've been asked to wait an extra week for baked goods. Wake up, π-ple!

Better than that—for very niche definitions of “better,” obviously—this works for any physical constant, no matter how big or small, with only scientific notation and uneven distribution across the calendar requiring any subjective judgment.

In fact, let’s write some code to do that for us:

But now that we have code, we might as well go nuts and start creating a whole calendar, right?

I mean, if it’s worth celebrating a “nerd holiday” at all (spoiler alert: it very much is not…), it’s surely worth overthinking the holiday! I can’t believe we all missed c Day. It was a Leap c Day, too!

Bonus: Change of Base

Now that we’ve done all that admittedly-weird work, we now have a much simpler algorithm to change the radix of numbers than is generally taught. All those times in the code where we multiply and yank off the whole number are the key. For integers, we need to…

So, 1234(10) = 3412(7), in just a handful of steps! And since it looks like this whole Pi Day rant was all just an extended joke used as a sneaky excuse to teach some fringe-use math, I guess code to do this—and figuring out how to deal with a non-integer value or radix—can be safely left as an exercise to the reader…

Credits : The header image is Pi by an anonymous PxHere photographer, available under the CC0 1.0 Universal Public Domain Dedication.

The Feynman Technique: A How-to Guide for Lifelong Learners and Students

John Colagioia (he/him)
My website (with further links and a blog) is at https://john.colagioia.net/; feel free to stop by!
Colors, the Programming Way
#programming #design #color #math