This publication is a summary with some examples about the Python Kedro Framework, being open-source created by Quantumblack, widely used to code in Python in a reproducible, sustainable and modular way to create “batch” pipelines with several “steps”.

This Framework has been increasingly gaining space and being adopted by the community, especially when it is necessary to create a sequential execution “mat” with different steps; this fact has happened mainly in the development of codes focused on data science due to its ease of use together Python code, rich documentation, as well as being extremely simple and intuitive.

“It is a wrapper for a Python function that names the inputs and outputs of that function” that is; it is a block of code that can direct the execution of a certain sequence of codes or even other blocks.

“A DataCatalog is a Kedro concept. It is the record of all data sources that the project can use. It maps the names of node inputs and outputs as keys in a DataSet, which is a Kedro class that can be specialized for different types of data storage. Kedro uses a MemoryDataSet for data that is simply stored in memory. ”

The Runner is an object that runs the pipeline. Kedro resolves the order in which the nodes are executed:

To execute the code above, just use the command below in the terminal:

The following message will appear on the console:

Another way to visualize the execution of pipelines in kedro is using the kedro-viz plugin: 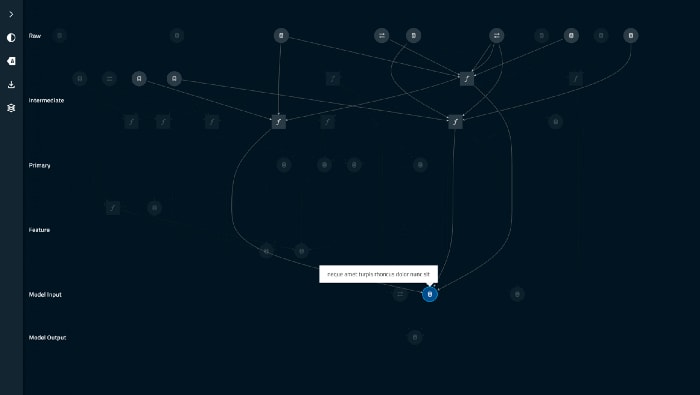 In addition to being very easy to use with Python, kedro has some integrations with other tools, solutions, and environments, some of which are:

Using Astronomer it is possible to deploy and manage a kedro pipeline using Apache Airflow as if they were DAG’s:

We were also able to deploy and manage a Kedro pipeline in the Prefect Core environment:

We were able to use kedro within the Google cloud Dataproc:

To deploy in the AWS environment we can use the AWS Batch:

It is possible to integrate Kedro with Amazon SageMaker:

With Kedro we can simplify configurations of deploying pipelines using Apache Spark via PySpark to centralize Spark configurations such as memory usage, manage Spark sections and contexts, and even where to populate Populated Dataframes:

It is possible to deploy a Kedro pipeline and use it within a Databricks cluster easily:

We have the possibility to do an automated deployment in a container environment such as Red Hat Openshift, Kubernetes and many others, using Argo Workflows:

To deploy in container environments, we also have the option of using kubeflow integration:

This publication was a brief summary of Kedro, its components, and some interesting integrations, what did you think? Have you used it?

Say Goodbye to Chrome: Build Your Own Browser with PyQt5 and Python

CLI Client for ReductStore v0.5.0 has been released