Buttons are one of the fundamental building blocks of modern graphical user interfaces. They have become so omnipresent, that they are often used without getting the recognition that other UI elements experience. This article will break down the anatomy of a button into its characteristics, variations, technicalities and usages, so you can start to appreciate how versatile a button can be used and design them with more attention to detail. 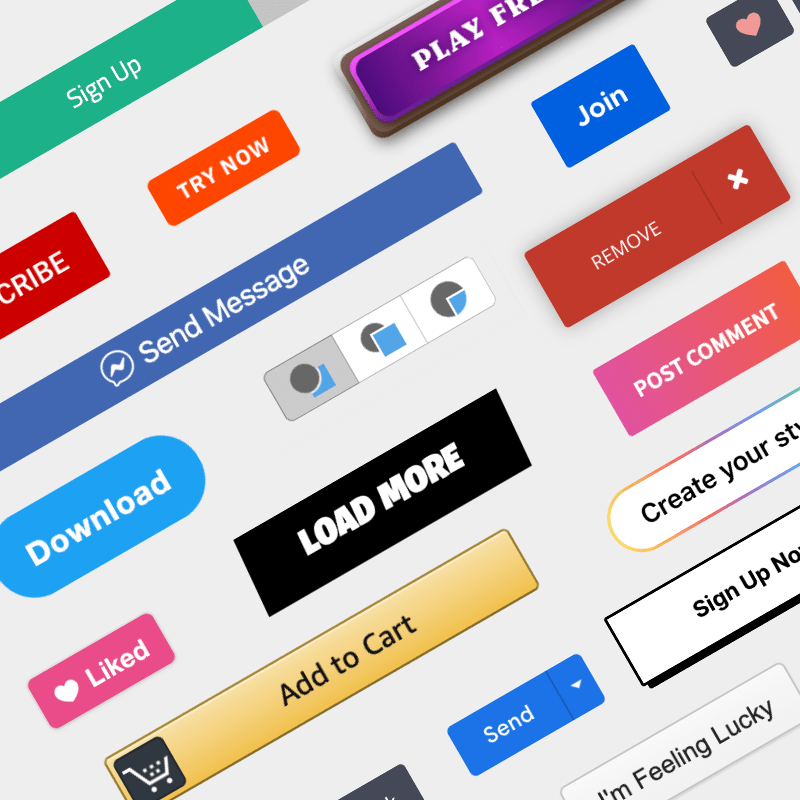 A button is a user control element for triggering an event such as saving, deletion, toggling or changing any other state of the underlying system. Conventionally from the physical world, it got adopted into the virtual space as one of the most fundamental control elements.

Inside a button, an indicative description in the form of text or an icon is placed. An icon is visually faster to spot and can transfer meaning across multiple languages, however it is also more ambiguous due to cultural differences (not only across countries or regions but also across generations). Text can describe the buttons function more precise and more nuanced, for example when there are multiple similar actions like Save and Save as…. Text and icons might be present simultaneously for an emphasized meaning and making use of both their advantages. Text usually is centered with equally large spaces to its side for visual balance.

The color of a button plays an important role as it is already visible before one can even take a glimpse of the content. This makes it attractive to visually hint the purpose connected to the button.

If a user interface is rich in controls, they often are kept to a neutral gray or have a matching color to its container to be less intrusive. Action buttons that are more important, because of their central role in the user interface, or because they are the favored option to pick (by the user, or the provider) can have a more signaling color.

Examples for functionally relevant colors are green for positive enforcements like saving or publishing, or red for negative losses like deletion and cancellation.

Due to their analog use of physical buttons, they oftentimes inherit skeuomorphic elements like gradient backgrounds and casting shadows simulating bulging and depth. And often a darker background color when pressing it simulating a physical push of the button into the console interface.

In absolute contrast to skeuomorphism flat design takes the role of a minimalistic approach by removing visual cues of depth. Flat design is a puristic form of digital art style as plain, flat rectangles are very simple to render on a diversity of platforms. Whereas skeuomorphic elements need textures, more complex effects, effortful customization for adaption and more computational resources to work out, flat design is simple to implement, easy to scale and resource-saving. Furthermore, it has a weaker intrinsic character, allowing it to be adopted on a wide range of platforms.

Common critics against flat design are that the lack of depth makes it visually hard to see as a clickable element, especially if the interface is loaded. If there is no separate background color set for the button it is also unclear how big the space is, that it occupies or even if it is clickable in the first place, as it may appear similar to labels.

A ghost button is a special form of flat design which makes use of a transparent background and a defined border. Except for its content and its border one can see through it, providing it with this name. Its effect shines when placed on a wider image background, as the image rules out that the button is indeed transparent and not only plain colored.

While a ghost button can be a stylistic choice of putting not as much emphasis on it, it can, similar to normal flat design, making it less clear of it being a button or resemble too much of a text input.

Similar to skeuomorphism an illustrative style makes use of a more pronounced style with decoratives. It shares the realistic aspect to some degree, but it doesn’t try to emulate the real world. It is not realistic per se but adopts aspects like lighting and texture. This style category is mostly adopted by games, for example as a cartoon style or another stylized adoption of the real world.

Ideally, a button provides reactive feedback of its internal state, most commonly these are when the pointer is hovering over the button or when it is in focus in another way, when it is actively pressed on, and when it is disabled.

A button rarely is only as big as the content it contains. The reasons to make it even bigger are aesthetically, to make multiple buttons the same size or fit them into a layout and also functionally to make them easier to reach and faster to click.

This has been studied and solidified in Fitt’s law, which formally describes…

The time to acquire a target is a function of the distance to and size of the target.

A button might have a visible border depending on its art style. A border is defined either by an actual boundary surrounding the button or by the edge visually created between the different colors of the background and the button.

While buttons usually are rectangular shaped, they can have a degree of rounded corners. While details like this may easily be dismissed as subtle, the effect of that decision can already influence the user. The book Universal Principles of Design talks about the Contour Bias:

Consider the contour bias in all aspects of design, but especially with regard to objects and environments that are emotionally neutral. Use angular and pointy features to attract attention and provoke thought. Use contoured features to make a positive first impresssion.

Buttons are ubiquitous in graphical user interfaces. Their use extends from a simple dismissive Ok for checking off notifications and popup, up to making up more complex controls like dropdown, ribbons and menus.

A small selection of common events for button are:

A buttons simplistic nature allows for versatile use for higher-level controls, these include: 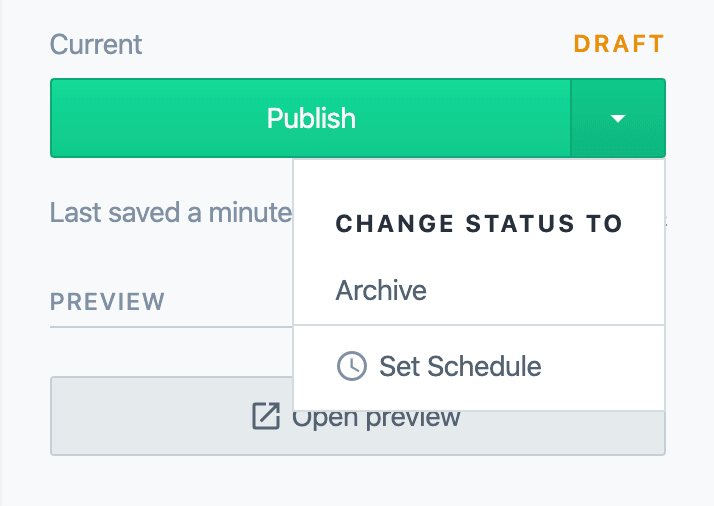 Note: This will be a part of a series of articles about the analysis of various graphical user interface elements. Let us know in the comments which GUI element you want to see next broken up in detail.

How to make a Flip Card?

Opening a link in a new browser tab using HTML

What Is Web 3.0 Explained