There are 1.4 billion insects for every human, most of them on your code

The concepts on this post are useful for any language, examples are from Nim.

Defensive Programming usually takes the form of a Unittest,
Unittest checks a "unit" of code, validates using assertions on special test runs,
runs a code block and asserts that the result equals a predefined "sample" result.

This is good, but is has some limitations,
the input, data and context is very often faked (mocked),
the input is usually not asserted because is kinda fixed,
the output is result of the inputs so neither is completely real world,
it runs on "dedicated" automated tests runs. 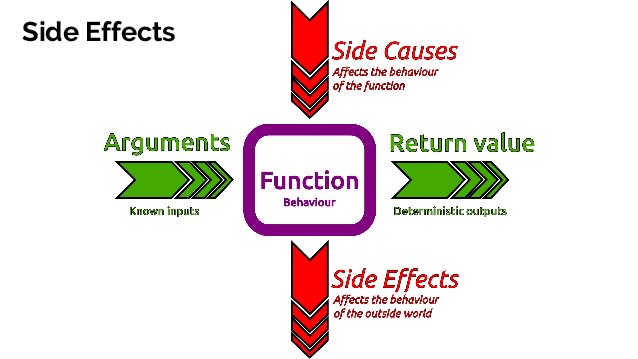 Side Effect Free programming is focused on eliminating side effects on the code,
and monitoring or controlling them where you can not eliminate them.

Functional programming tries to reduce Side Effects,
without Side Effects the Bugs can not spread on the code, helps reducing Bugs.

Nim has Side Effects Tracking, Functional advantages while still using OOP.
Simply changing proc to func will check for side effects on your functions!.

Immutability of variables helps to fight Bugs by not allowing unwanted mutations,
using Immutability whenever possible is very encouraged.

Nim is immutable by default and has 3 kinds of variables: 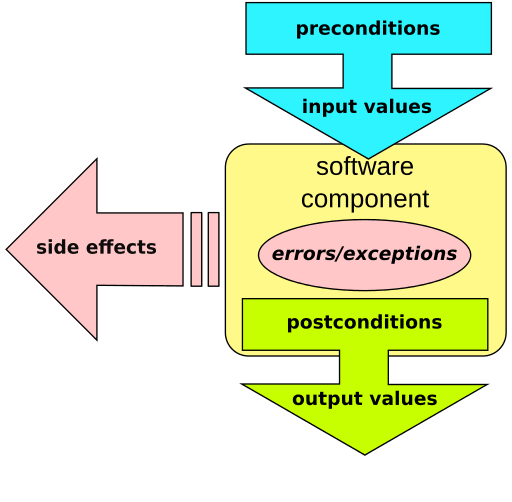 Some programming languages use a different way of dealing with all this,
languages like Ada or Eiffel, use Design by Contract. Applied Hoare logic.

Contracts can assert on input, data and context on the beginning of a code block,
and can also assert on the result at the end of a code block,
it lives in the code block as close as possible to it, it runs an actual real run,
everything is real inputs, data, context and whatnot,
on programming languages that support compile-time code execution all this can happen at compile time if desired.

The night is dark and full of errors

Contra reimagines Design By Contract in a modern KISS way,
all the benefits of Assertive Programming on statically typed compiled language,
like everything on Nim it takes a lot of care about performance,
it allows fast contracts with zero cost at runtime with a comfy API,
requires minimal modifications on existing code, just 2 lines to add a Contract.

Lets take a buggy example code and add a Contract to it:

Remember that mustBePositive must be Positive, lets use the function:

This is a Bug, mustBePositive is not Positive (0 - 1 is -1), lets add Contra,
and ensure that there are no Side Effects using func:

The Contract shields our code from the Bug, wont allow the Bug to spread.

To keep things simple, no body nor invariants blocks are required,
you can pass invariants mixed on the postconditions but is optional,
it can be used on JavaScript, interpreted NimScript, runtime and compile-time.
Your CI service can compile and run a binary with all assertions enabled.

Make your users work for you

You can now delegate the bug hunting on collaborators and trusted users,
encouraging them to try development binaries compiled with all assertions enabled.

But the same code can also produce a binary with all assertions disabled,
Contra produces no code when build for release, then you pwn on all Benchmarks.

Assuming you already have Nim installed.
Try Nim now, you are missing a ton of cool stuff.

Thank you for playing 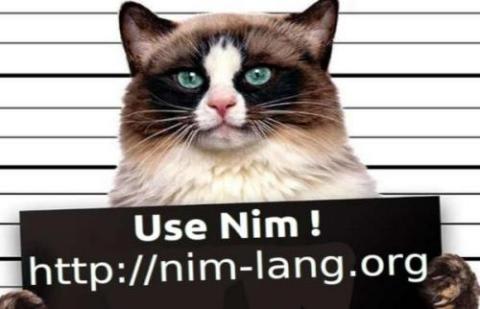 Day 2: I Was Told There Would Be No Math (Bonus)

Once suspended, juancarlospaco will not be able to comment or publish posts until their suspension is removed.

Once unsuspended, juancarlospaco will be able to comment and publish posts again.

Once unpublished, all posts by juancarlospaco will become hidden and only accessible to themselves.

If juancarlospaco is not suspended, they can still re-publish their posts from their dashboard.

Once unpublished, this post will become invisible to the public and only accessible to Juan Carlos.

Thanks for keeping DEV Community 👩‍💻👨‍💻 safe. Here is what you can do to flag juancarlospaco:

Unflagging juancarlospaco will restore default visibility to their posts.