Are you new to the world of proxies, and you want to know what the high anonymous Proxies are? Then come in now to read our article on what they are, how they work, and what they are best used for. 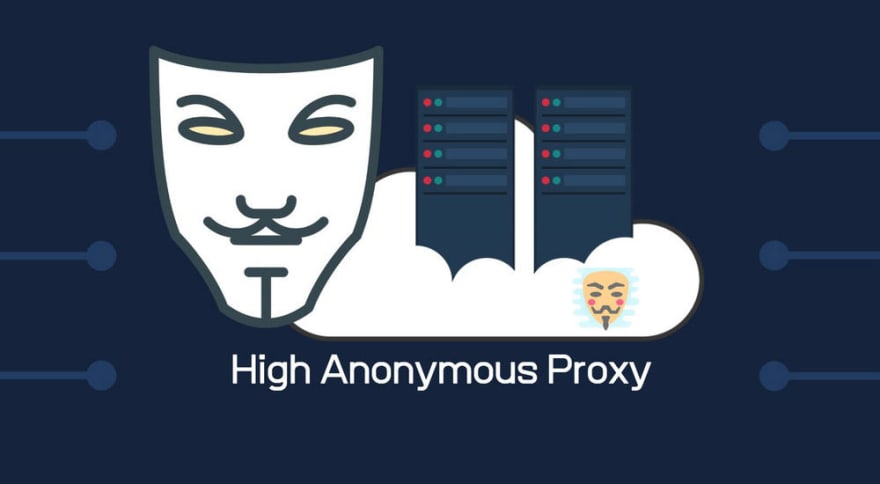 What is a high anonymous Proxy?

The working principle of high anonymous proxies is the same with all anonymous proxies – they act as intermediary servers that your web requests are sent through. When the request gets to it, your request is modified, stripping out your IP Address and substituting it with a completely different one so that the webserver you are requesting content from will not know you are behind the request.

So, When you using the high anonymous proxy also known as the Elite Proxy, The website owners can not detect you are using a proxy when using the high anonymous proxy. When a web server receives a request, it looks at the content of these 3 headers to know how to respond to the request – and in them, contained are IP Addresses that serve as computer identifiers on the Internet and used for location identification. For high anonymous proxies, no information is contained in the HTTP_VIA and HTTP_X_FORWARDED_FOR. The HTTP_VIA is meant to let websites know that requests have been routed through a proxy and HTTP_X_FORWARDED_FOR is meant for the IP Address that initiated the request in the first place.

Because these 2 are blank, the server has no way of knowing the requests have been routed through a proxy. To cap it up, the REMOTE_ADDR will be modified, and a different IP Address is given. This makes you more secure and keeps your online identity (IP Address) hidden and you are treated as a regular user.

Where to get High Anonymous Proxies?

There are lots of public proxies that are high anonymous proxies, easily search "elite proxies list", those open proxies are 100% free of charge,

Most complex websites that restrict users from certain locations from accessing some content do not allow the use of proxies. If any request is identified as a proxy through request, such a request will yield nothing in return – you won’t be given access to the resources you intend to access.

If you intend to access such a website, using Anonymous proxies will be counterproductive; you need to make use of high anonymous proxies that won’t identify themselves as proxies.

Aside from accessing restricted content, they provide you the best of privacy and make you less susceptible to cybercrimes that originated from Man-in-the-Middle attack.

However, it is important you know that when it comes to the aspect of security, the two are almost the same. You are truly at the mercy of the proxy server and that is why you have to be careful with the proxy provider you make use of. A good number of them are malicious in practice and you have to be wary of them.

Their area of application is quite numerous. While regular Internet users use them to evade censorship and access restricted and local content on the Internet, Internet marketers and researchers use them for other uses.

Organizations use them for brand protection. There are used extensively in SEO and by web scrapers and crawlers.

Automation experts also use them in sneaker copping, ticket scalping, and social media automation. They are also used in the area of Advertisement for ad verification.

While you might be tempted to see high anonymous proxies as Anonymous proxies, they are not. They are differentiated by the content modification carried out on the HTTP_VIA and HTTP_X_FORWARDED_FOR.

Because of these modifications, high anonymous proxies are not identified by web servers and as such, they are the best when you require a high level of anonymity. However, they are usually more expensive.

Caddy as a simple "api gateway" with SSL